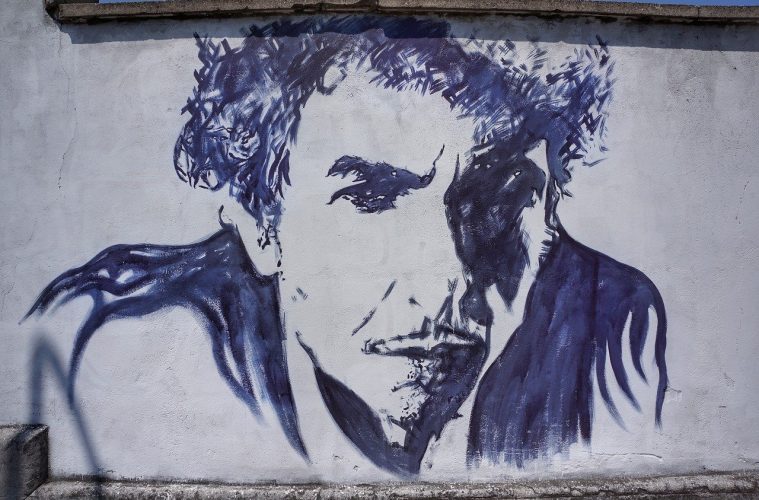 Bob Dylan is one of the world’s most groundbreaking musical artists. He has penned many legendary songs over the years including Like a Rolling Stone, Mr. Tamborine Man, and of course, Knockin’ on Heaven’s Door.

But most people don’t know that Dylan is also an accomplished visual artist and keen whiskey drinker. He has combined his love for art and whiskey by partnering with Angel’s Envy co-founder Marc Bushala to produce Heaven’s Door, a range of delicious boutique whiskeys.

The Heaven’s Door distillery launched in May of 2018 with three varieties of whiskey on offer — Tennessee Straight Bourbon Whiskey, Double Barrel Whiskey and Straight Rye Whiskey. Following their debut, all three whiskeys received several awards and have been highly recommended by several prominent whiskey aficionados.

What Types Of Heaven’s Door Whiskey Are Available?

Heaven’s Door whiskeys are very much boutique whiskey products. They are produced in relatively small batches at a deconsecrated church in Nashville and sold in bottles bearing images of Dylan’s metalwork. The distillery is currently producing:

This delicious bourbon is made from a unique mash bill with 30% small grains. These small grains are designed to “complement the character imparted from spending a minimum of 8 years in American oak barrels”. The resulting bourbon is extremely smooth, with prominent notes of vanilla, baked bread, caramel, toasted oak, and honey.

Double Barrel Whiskey is a blend of three different whiskeys that is double-barrelled, which means it is aged twice in two different types of oak barrels. This is a premium whiskey that has a nose containing plenty of honey, oak, tobacco and vanilla. In terms of flavor, expect caramel, cocoa, and brown sugar to dominate. However, there are also hints of pepper, cloves, and nutmeg in the background. It has quite a kick at the end of the taste, due to its high ABV.

This rye whiskey is aged a minimum of six years in charred American oak. The quality of the mash and the extended aging produces a wonderful rye whiskey with plenty of flavors. It tastes more refined than most rye whiskeys, with a variety of flavor including coriander, orange peel, and spices.

This limited edition bottle might be a little harder to track down, but it sounds worth the effort. This bourbon is matured using charcoal columns made from Tennessee sugar maple trees. This is a method known as the ‘Lincoln County Process’. This gives the whiskey some interesting flavours including candied walnuts, cooked peaches, steeped tobacco, and grilled pineapple.

The artwork on each bottle in influenced by Bob Dylan’s artistic creations. He works at Black Buffalo Studio, creating art from various materials that he collects during his travels, including kitchen utensils, guns, and scrap metal. His sculptures are very interesting to look at and Heaven’s Door Whiskey bottles really showcase the quality of his work.

Where To Buy Heaven’s Door Whiskey?

However, subsequent batches have received a wider release and can be obtained in the UK. There are a couple of online stores selling Heaven’s Door Whiskey including Urban Drinks.

At the time of writing, they have the following whiskies in stock:

They also have the following Heaven’s Door whiskeys available in 1-2 weeks:

Thanks for reading. I’d recommend giving Heaven’s Door Whiskeys a try. Bob Dylan and Marc Bushala have created some really special whiskeys that you are sure to enjoy.