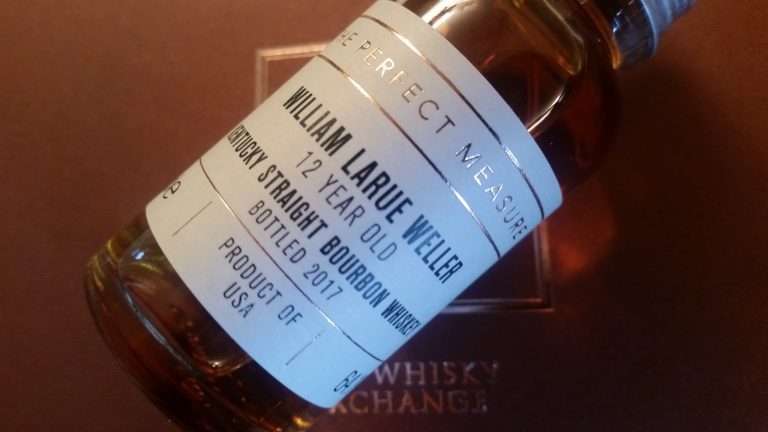 The main man William Larue Weller is legendary amongst bourbon aficionados as his name adorns what is often rated as the pinnacle of the much-lauded Buffalo Trace Antique collection. Weller was one of the first to start using wheat in his bourbon making process instead of rye which gives this a different kind of sweetness that many love.

I have tried several different years of the William Larue Weller and can safely say it has always blown me away and therefore it is amongst my very favorites though I have yet to own a full bottle.

It’s a really delicious whiskey, I already tried the 2017 version in a bar and loved it so I saved this untill last out of the five reviews I have done for the BTAC collection after the Sazerac 18, Thomas H. Handy, Eagle Rare 17 and George T. Stagg.

Did it live up to expectation… well of course it di…. No – you’ll have to read on to find out! Here is my review of the William Larue Weller:

Caramel lace with cherries and dark fruits, cinnamon, dusty wood, chocolate wafers, bay leaves and pepper. There is a lot going on!

It’s absolutely exceptional and one of the best whiskies I’ve had. I tried this with my girlfriend and she still mentions to this day how good it was and that it was hands down the best whiskey she has tried.

There are so many amazing flavors that come at you wave after wave. It’s incredibly refined and just leaves the most amazing mouthfeel. It sounds daft to say it has a chewy texture as obviously it is a liquid but that’s the best way to describe it and it’s a sensation you only get with the very best bourbons.

Definitely saved the best until last and hope I get to try it again soon.

We earn a small commission if you click the above link and go on to make a purchase. This helps us to run the website and buy more bottles to review for you. Our opinions are unaffected by this, if we don’t rate the whiskey we will say so. It does not affect the price you pay.