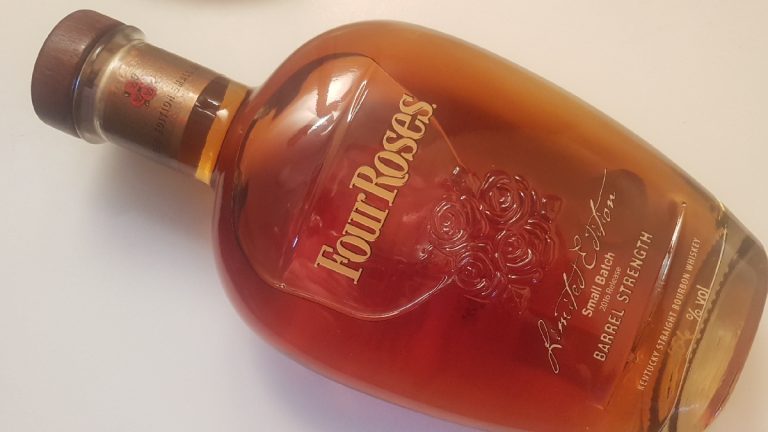 You can’t go wrong with good old Four Roses, really can you? They have some awesome whiskeys in their range including the Four Roses Single Barrel which is widely considered one of the best “pound for pound” bourbons in the world.

The Limited Edition release of both the Single Barrel and the Small Batch (which this is a part of) are consistently excellent. I also recently had a taste of the Al Young 50th Anniversary Edition which was beyond spectacular.

Four Roses are known for having two mashbills that make up ten core bourbons from which all their range is produced which gives their bourbon a distinctive characteristic.

The good thing about these Limited Edition Small Batch bottles is that they are a premium bourbon that you can still get hold of fairly easily unlike the Buffalo Trace Antique collection and Pappy Van Winkle which are more elusive than the Scarlet Pimpernel.

Anyway, without any further ado, lets tuck in to my review of the Four Roses Small Batch Limited edition:

According to the owners, Kirin Brewery, the Four Roses bourbon brand was first trademarked in 1888 by Paul Jones Jnr. However, according others, the product was first made and sold in the 1860s. The distillery is located on the Salt River in Lawrenceburg, Kentucky, and is fashioned in the distinctive Spanish Mission style of architecture. It was originally called the Old Prentice Distillery.

The operation also includes a unique, single-story rack warehouse and bottling plant in the peaceful Kentucky countryside at Cox’s Creek.

In recent years, the Four Roses Distillery has undergone significant development with a $55-million investment that got underway in 2015. The aim was to double the production plant’s output. The face of the Four Roses brand of bourbon that the public is familiar with remains that of the impressive, old Spanish Mission style Old Prentice Distillery.

“Three remarkably unique recipes introduce you to bright notes of sweet cherry and crisp green apples mingled with rich apricot and structured rye aromas. Tart citrus flavors greet the palate, then give way to hints of sweet molasses, peppery spices and decadent crème brulee. A finish that’s long and gentle with light mint and delicate honey leaves you with a thought that’s both singular and unshakable… “More.” 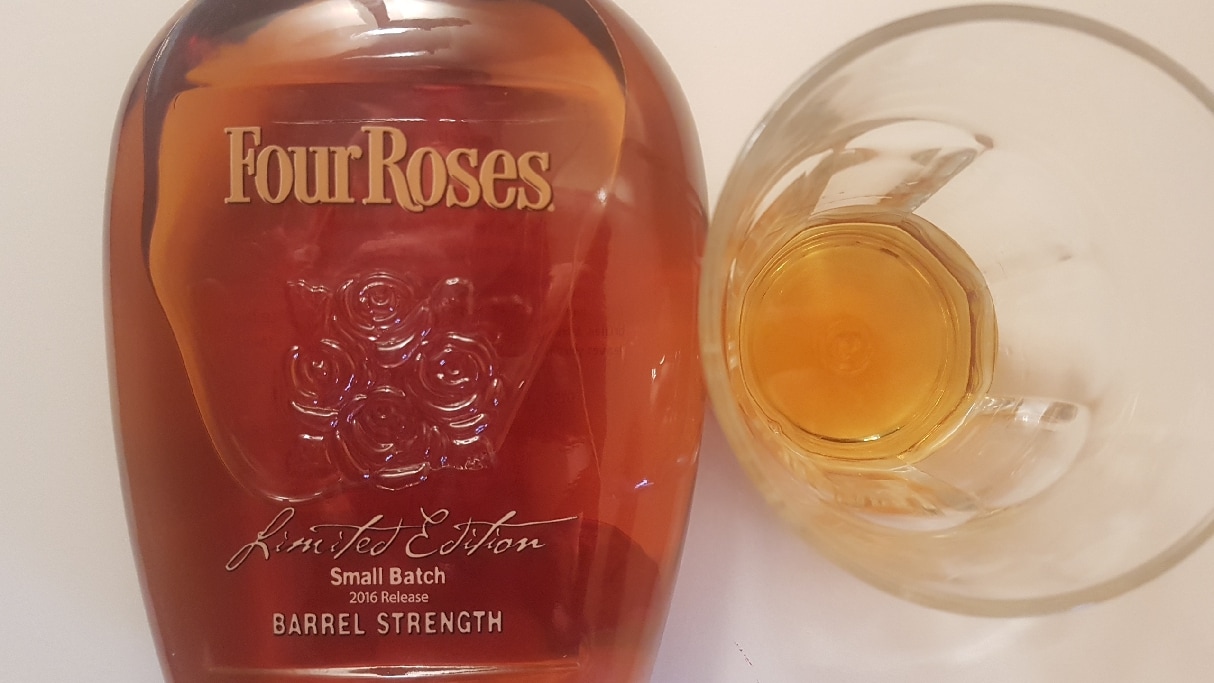 Wow, it really is exquisite. Waves of thick, melted, gooey caramel, burnt brown sugar and honeycomb with cinnamon, cherry and aniseed. Very sweet and powerful. A hint of spice and a little peppermint. Then some dried banana chips and hazelnut truffles.

Incredible. It tastes like it smells with loads of melted caramel and brown sugar dominating. Some dark fruits male an appearance on the palate. There is not that much heat and it’s very well balanced with an amazing mouthfeel. More cinnamon. Cherries and baking spices with some maple syrup. A little spice but this is predominately an explosion of sweet flavors.

The finish is much spicier, you still get the caramel but there are also strong waves of rye spice and pepper hitting you. A tiny hint of tobacco lurks underneath.

An exceptional bourbon with loads of flavour and a perfect balance. It is very smooth despite being a barrel proof.

What I really like about it is there is a consistency of the amazing sweetnesss across the nose, palate and finish but with lots of different flavors mixed in at each stage.

It has a great character too and the fact that you can actually pick up one of these bottles reasonably easily and at a relatively reasonable price makes it even more appealing.

One of the best bourbons and almost as good as the W.L Weller… but not quite!

Get a bottle if you can, you won’t regret it.