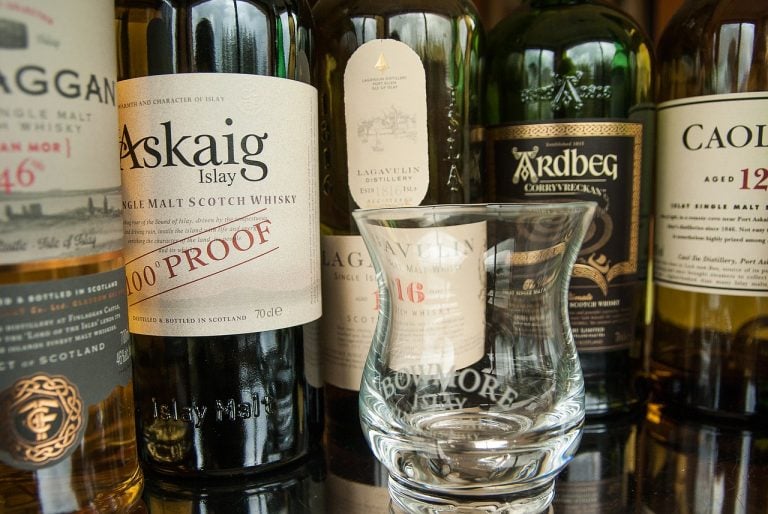 Nothing divides opinion in the world of whisky quite as much as a peaty and smoky Islay single malt whisky.

It really is the Marmite equivalent, you either love it or hate it!

I can honestly say I have never met anyone who is merely indifferent to its abrasive flavours.

I myself love the stuff. Some of my favourite ever whiskies sit in the Islay camp and I have a soft spot for a peat monster, or a “Peater” as I sometimes like to call them.

Choosing an absolute favourite out of everything available would be nigh on impossible and I don’t see the point in including bottles that most of us (myself included) will never be able to afford to own.

Therefore, I have decided to pick a few that I think are the best Islay whiskies for roughly under £100 and are readily available, that way they are all reasonably affordable and it is actually possible to just walk into your local shop, store or off licence and pick up a bottle.

Most of these I have tried in bars, samples or at friends houses hence the lack of decent photos, apologies for that!

I have used GBP as the currency because we are in the UK but you can (very roughly) translate it too under $100 if in the US, though prices to vary slightly on each side of the Atlantic.

What is an Islay?

The different areas are considered to have some broad characteristics in common due to various factors such as the locations weather, type of water, etc

The active distilleries in the Islay region are:

The broad characteristics of an Islay are having a “smoky” flavour profile due to the peat used during the drying of the malt. Other flavours synonymous with Islays are iodine, seaweed, salt and medicinal type notes.

Without any further ado let’s dive into the Islays. 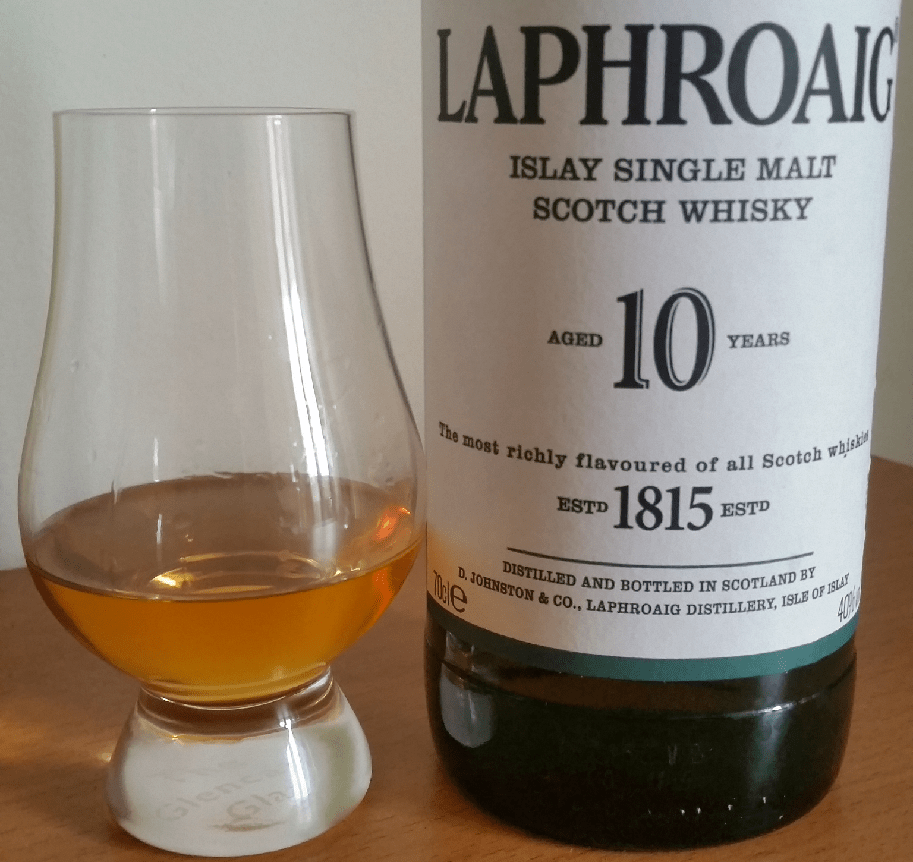 When I first tried it I wasn’t too keen but it really grew on me and now I absolutely love it. It has a really maritime quality too with seaweed, Iodine along with great peat smoke.

It’s quite abrasive but in a good way and has quite a unique flavour profile.

They do a cask strength version of this which is even better but slightly out of the price range we set and the Laphroaig Quarter Cask is also very good.

If you are REALLY flush, the 25 year cask strength is one of the best whiskies I’ve ever had.

This is one of the big daddies of the peat world!

The Lagavulin 16 year old is very smoky but also with some malt, fruit and sherry flavours it really is good. It’s also very reasonably priced considering it has been in the barrel for 16 long years and must be one of the pound for pound best scotches on the planet.

Be prepared when you take a sip because if you are not there is a good chance it will blow you away with the strength of the peat.

Not for the faint-hearted and certainly not an entry level scotch!

There is a fruitiness that underpins the peat and smoke in this dram along with some vanilla and tobacco which makes for an interesting flavour profile.

A really enjoyable whisky that is not too overbearing on the peat. A good one to enjoy in both the summer and winter months.

A very well rounded and refined Islay Scotch from the Caol Ila distillery that balances a little peak smoke with a subtle sweetness and fruitiness.

This is the thinking man’s (or women’s) option so to speak with those 18 years in the barrel creating a really sophisticated and enjoyable dram. Also, it’s generally a very good price for an 18-year-old whisky.

For an even cheaper option, the Caol Ila 12 is incredible value.

This is another one that mixes a good amount of sweetness in with the peat. It also has a “by the sea” quality similar to the Laphroaig 10 with a mineral like element to it.

A really solid Islay with notes of honey and vanilla in the background to keep things interesting. Find out what makes it so great in the below video:

So there you have it, smoke Islay whiskies are a big favourite here at WhiskeyBon and we hope to try more in the future but these are the best you can buy a the moment for under £100.

The peat and smoke flavours can be off-putting to some but to others, they are truly delicious. Try picking up one of the bottles today to start your Islay adventure.