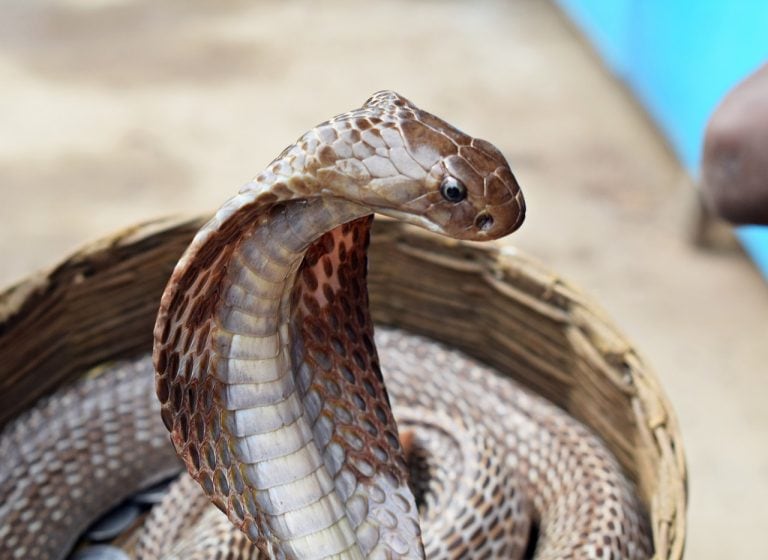 Spirit makers are well-known for their resourcefulness and entrepreneurial spirit. They enjoy experimenting and are continually looking for ways to refine their spirits or to create delicious new concoctions.

However, some of the experimental spirits that have been created may be a little unpalatable for even the keenest of whiskey drinkers.

One of the drinks that falls into that category is Cobra Whiskey.

Cobra whiskey is an alcoholic drink that is infused with whole snakes.

It is mostly made in Asian countries and contains rice wine or grain alcohol, various parts of a snake, ginseng roots and seed pods. However, the recipe can vary greatly depending on where you find it.

Here is a little more information about this unusual drink.

How Is Cobra Whiskey Made?

An entire cobra is placed into a large glass jar that contains grain alcohol or rice wine. It is left to steep in this solution for several months.

In some cases, the snake is placed into the solution while still alive, causing it to drown.

Other Cobra Whiskey makers will stun the snake by placing it on ice, then remove its intestines and sew it up. When the snake awakens, it briefly thrashes around and moves into an aggressive pose before dying.

Although inhumane, the second method is often preferred because leaving the intestines in the snake can cause the whiskey to have an unpleasant smell.

Additionally, having the snake in an aggressive pose makes it look better when placed into the bottle.

Most whiskey aficionados don’t consider Cobra Whiskey to be a real whiskey because it is often made from rice instead of the grains traditionally used for whiskey.

It also isn’t aged in oak barrels, which is one of the core processes for traditional whiskey production.

What Are The Purported Health Benefits of Drinking Cobra Whiskey?

Aside from obtaining bragging rights, drinking Cobra Whiskey is said to impart certain medicinal benefits. Enthusiasts claim it is a strong aphrodisiac, cure for farsightedness, treatment for back pain, and provides many other health benefits.

Of course, most Scotsman would say the same thing of Scotch Whisky, so it’s hard to say how reliable these claims are.

There is no scientific evidence to suggest that Cobra Whiskey will do anything for your health apart from giving you a particularly nasty hangover if you drink too much of it.

So, what does this crazy concoction taste like? When you take a sip, the first thing you will notice is that it tastes nothing like an American, Irish, or Scotch whiskey.

It will have a fishy taste from the snake, along with ginger, sesame, pepper, and soy flavors.

Cobra whiskey is more like drinking a spicy, fishy peanut oil instead of a traditional whiskey. The finish is hot and it can numb the tongue (perhaps a result of neurotoxin from the snake or from the very high alcohol content). It often contains more than 70% alcohol, so care should be taken when drinking it.

Cobra Whiskey might be the craziest “whiskey” on the planet. It is designed for thrill-seekers and whiskey aficionados who want to taste every whiskey on the planet.

Should you try it? If you are willing to enjoy a potentially neurotoxic whiskey with plenty of kick in it and some odd flavors, why not. At the very least, you will be able to boast to your friends that you drank Cobra Whiskey and survived.

On the other hand, many of the snakes used to make this concoction are endangered species, so it’s not entirely ethical to drink Cobra Whiskey. It’s also not actually whiskey and it tastes horrible. At the end of the day, you’ll have to decide if you want to give it a try yourself.