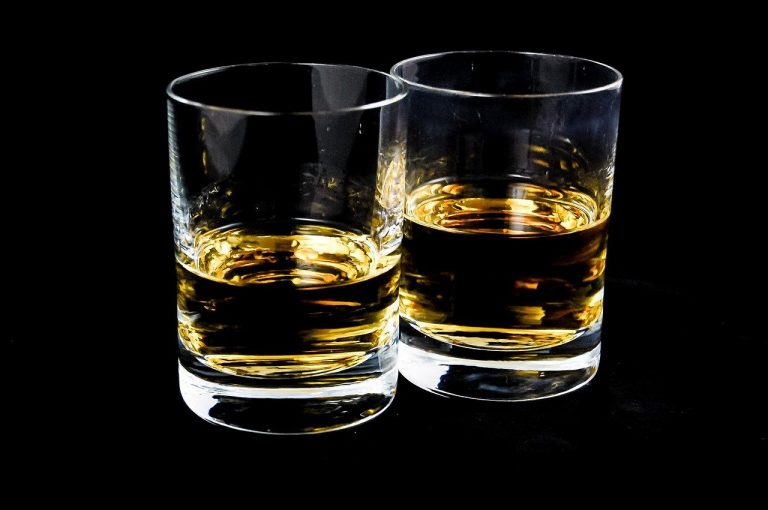 Scotch is one of the most popular forms of whisky available. Its distinctive flavour, rich aroma, and long history make it an attractive option for drinkers. Scotch is also a versatile spirit that can be enjoyed straight or as a part of dozens of different mixed drinks.

There are over 120 active distilleries in Scotland, producing unique whiskies with a diverse range of aromas and flavours. Consumers have to also consider the age of each whisky, its age, price and several other factors. This all makes finding the perfect whisky difficult.

To help you understand the options that are available, this article will share the “best” Scotch whiskey brands. These whisky brands are all unique, authentic, and most importantly — produce delicious whiskies.

To choose the best Scotch whiskey brands, we have applied several criteria:

The Glenlivet Distillery produces many of the world’s most popular Scotch whiskies. Founded in 1822 by George Smith, the distillery is located in the beautiful Livet valley in northern Scotland. We are fond of Glenlivet whiskies because they are well-made, easily obtainable, and deliver everything you would expect from a good single malt.

Glenlivet specialises in single malt whisky and currently offer consumers 14 different whiskies to choose from. Our pick is the Glenlivet Heritage (15 Year Old). Aged in French Limousin Oak, it has a wonderful golden colour, creamy/rich nose, and a flavour profile with plenty of sweet fruits, nuts, and spices. The finish is long and continues with sweet almond and fruit.

If you have a larger budget and can find it, The Winchester Collection 1966 is another wonderful option. Laid to mature in 1966 in ex-sherry oak, this extraordinary whisky has a sweet nose with raisins and apricot, and a palate with plenty of treacle, sweet citrus, and cinnamon. Highly recommended. 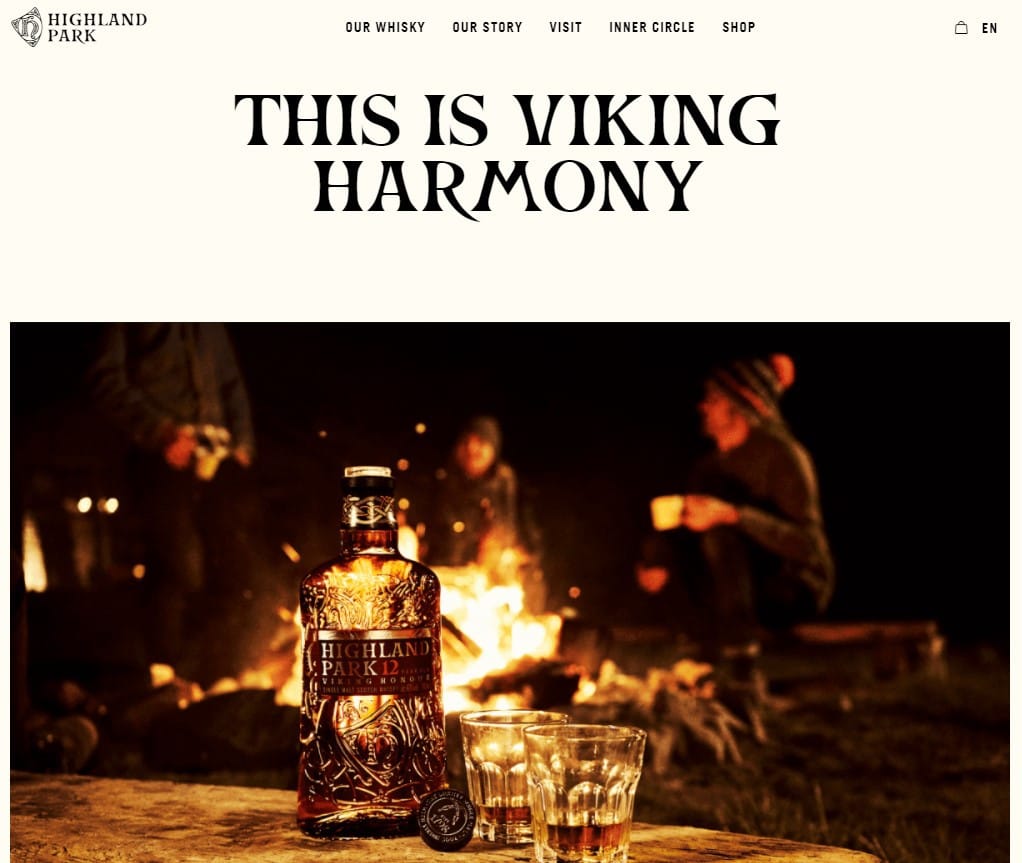 The fact that Highland Park is the world’s northernmost whisky distillery is noteworthy, but the quality of its whisky is what really makes it stand out from the crowd.

Located on the Orkney Islands, just off the north coast of Scotland, the distillery has been in operation since at least 1798. It is the only distillery in the world to use peat from Orkney – a densely compacted peat that dates back several thousand years. Although it is a moderately peated whisky, the unique nature of the peat gives it a distinctive smokey flavour.

Highland Park whisky is usually matured in ex-sherry oak, with certain vintages using ex-bourbon barrels. Their standard range includes single malt whiskies ranging in age from 10 years to 50 years. They also produce a wide range of special edition whiskies which are worth exploring.

Highland Park is a very approachable whisky which is lighter in flavour compared to other whiskies made in the region.  Expect a nose of heather and flavours including savoury spices, sweet malt, and that distinctive smokey peat. 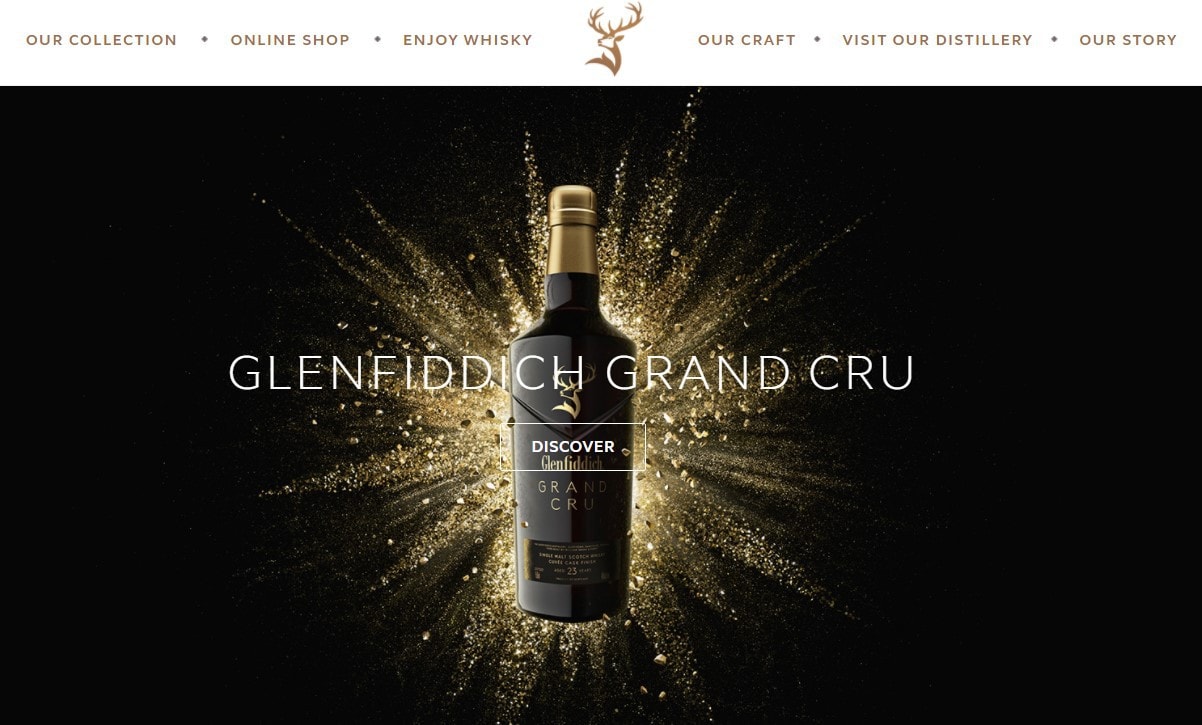 One of the world’s most famous distilleries, Glenfiddich has been making whisky since 1887. It began as a family business, with William Grant and his family building the distillery stone by stone.

Glenfiddich produces several excellent varieties of whisky, but their 12 Year Old single malt scotch whisky is the distillery most well-known. It has a wonderful nose with plenty of fresh fruit, followed by a palate with malt, cream, butterscotch and oak. A delicious drop which you can find virtually anywhere. 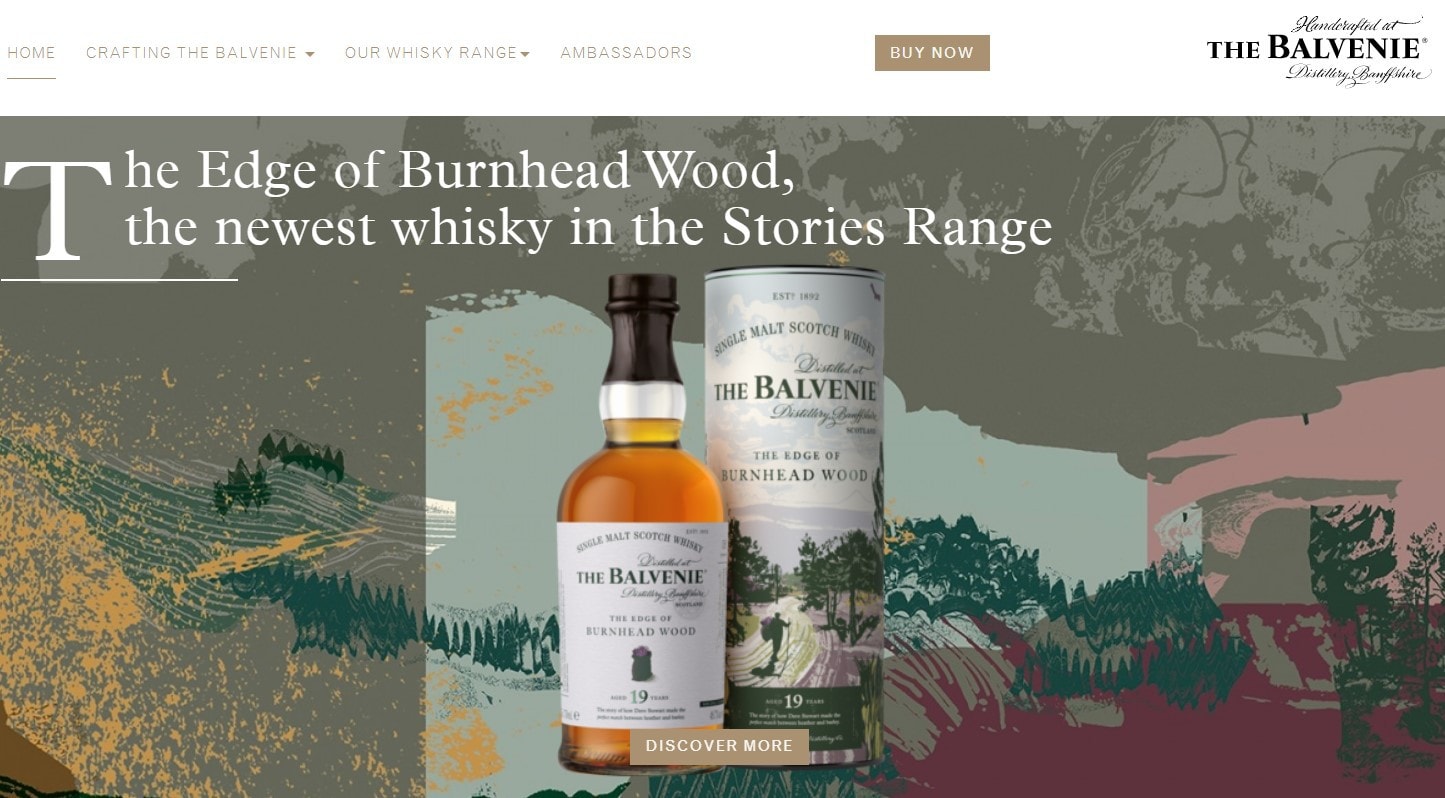 Located just down the road from Glenfiddich distillery, outside of Dufftown, The Balvenie Distillery has been producing excellent whiskey since 1892. However, their brand really took off in popularity after it relaunched in 1993 with a whisky called the Doublewood 12.

The Doublewood 12 was aged for 12 years in ex-bourbon barrels and hogsheads then finished in ex-sherry casks for the last nine months. Finally, the whiskies would be transferred to a tun to mingle. It is a delicious whisky that quickly became popular.

They also produce the Carribean Cask, a 14 Year Old whisky aged in ex-rum casks. It picks up a sweet molasses flavour from the cask and has plenty of sweet fruit. Definitely one worth trying.

Located in Alness, Scotland, Dalmore distillery was established in 1839 by an entrepreneur named Alexander Matheson. After 28 years, he sold it to Andrew and Charles Mackenzie who put the iconic 12-pointed Royal Stag emblem representing clan Mackenzie on the front of the bottle.

The distillery has produced many high-quality whiskies over the years, including the Dalmore Cigar Malt Reserve. It is a delicious whisky that is aged in American white oak ex-bourbon casks along with 30 Year Old Matusalem oloroso sherry butts. It is then finished in Cru Cabernet Sauvignon wine barriques. It has the sweet aroma of shortbread biscuits, toffee, and dark chocolate. The smooth floral flavour includes hints of caramel, sultanas, citrus, and toffee. An exceptional whisky. 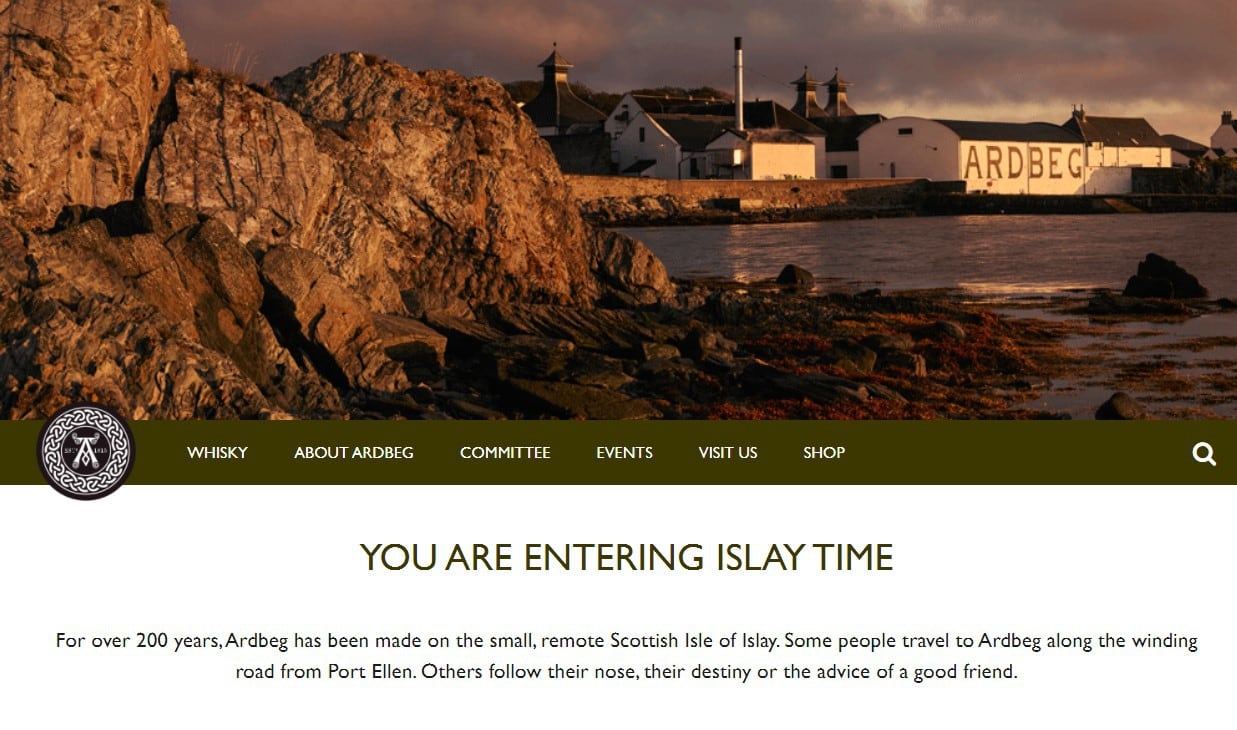 The Ardberg Distillery has been producing classic Scotch whiskies for well over 200 years. Situated on the Scottish Isle of Islay, Ardberg produces a wide range of award-winning spirits and is highly-regarded by whisky aficionados.

Ardberg Distillery has a reputation for producing sweet, peat-laden single malts which plenty of smoke, honey, vanilla, and peat. The coastal location of the distillery also adds some hints of lime and sea salt to their whiskies — a delicious combination. The 10 Year Old Ardberg Single Malt is an excellent entry point if you are interested in trying their whiskies. 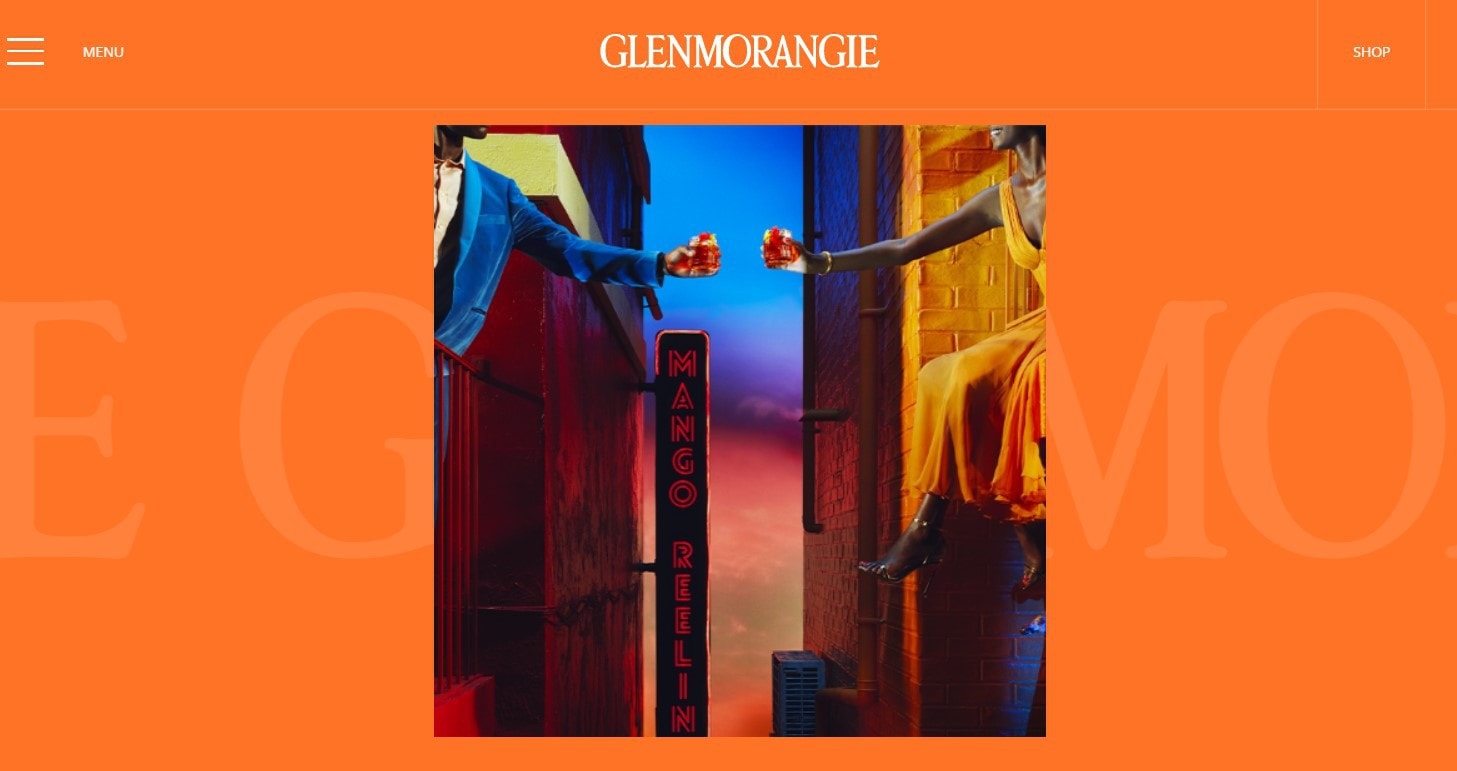 This famous distillery is known for producing approachable whiskies ideal for all types of whisky drinkers. Located in Tain, Ross-shire, Scotland, Glenmorangie Distillery has always had a strong focus on single malt Scotch whisky. The distillery is also renowned for using the tallest stills in Scotland, which helps them capture the purest spirit vapours.

The hallmark of Glenmorangie whiskies is a distinctive floral aroma and delicious fruity palate. One of the best choices for a first-time drinker is The Glenmorangie Original Single Malt Whisky (10 year). It is a relatively affordable bottle with an aroma including lemon, apricot and vanilla. The palate is gorgeous thanks to a healthy dose of honey, banana, apple, and various floral flavours. It is easy to find and a very rewarding whisky. 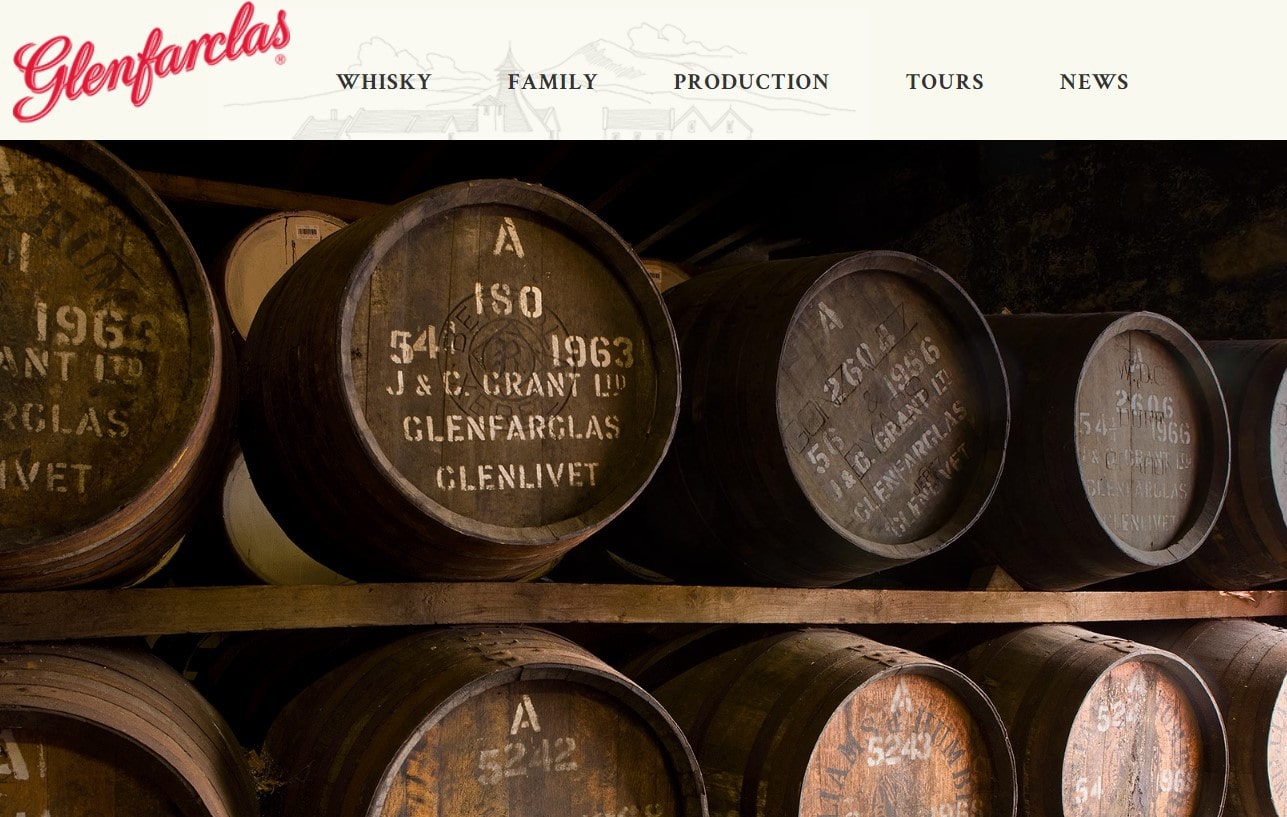 Glenfarclas Distillery was established in 1836 at Rechlerich Farm in Ballindalloch, Speyside by  Robert Hay. The name Glenfarclas means “Valley of the Green Grass”, which perfectly describes the picturesque location of the distillery.

Glenfarclas distillery is notable for having the largest stills in Speyside, from which they produce some extraordinary whiskies. Their whiskies can be quite spicy in flavour with lots of oak, caramel, smoke, nuts, fruit, and vanilla. Sherry flavours are present in most of their whiskies thanks to the use of sherry casks. A delicious spirit that is easy to find. 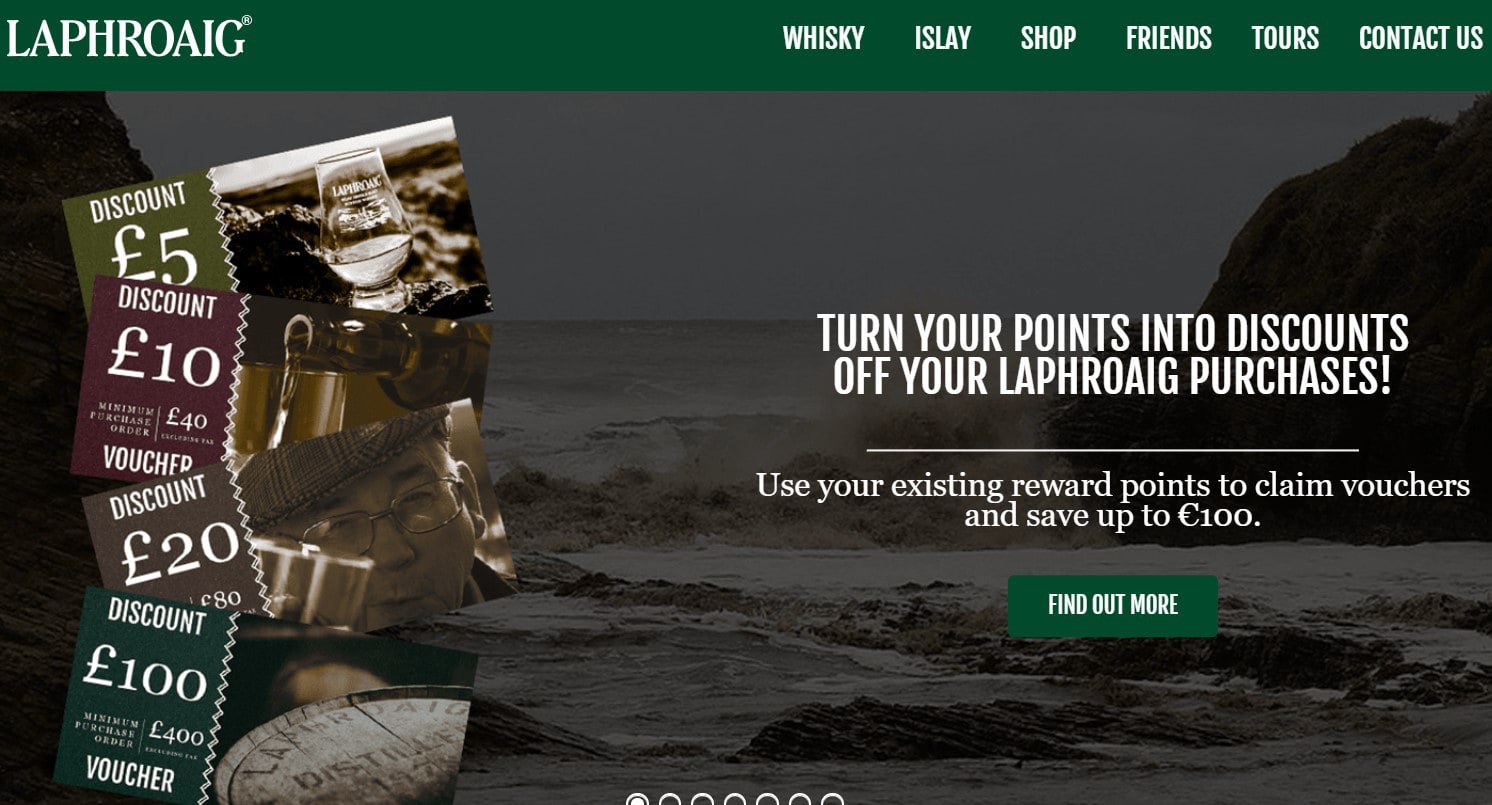 The 10 Year Old is the easiest Laphroaig whisky to find as it is stocked in most bars across the UK. It is an interesting whisky with flavours including vanilla, seaweed, and of course —plenty of peaty smoke. The older whiskies are less dominated by smoke, with other flavours coming to the fore. A classic whisky brand with a lot to offer. 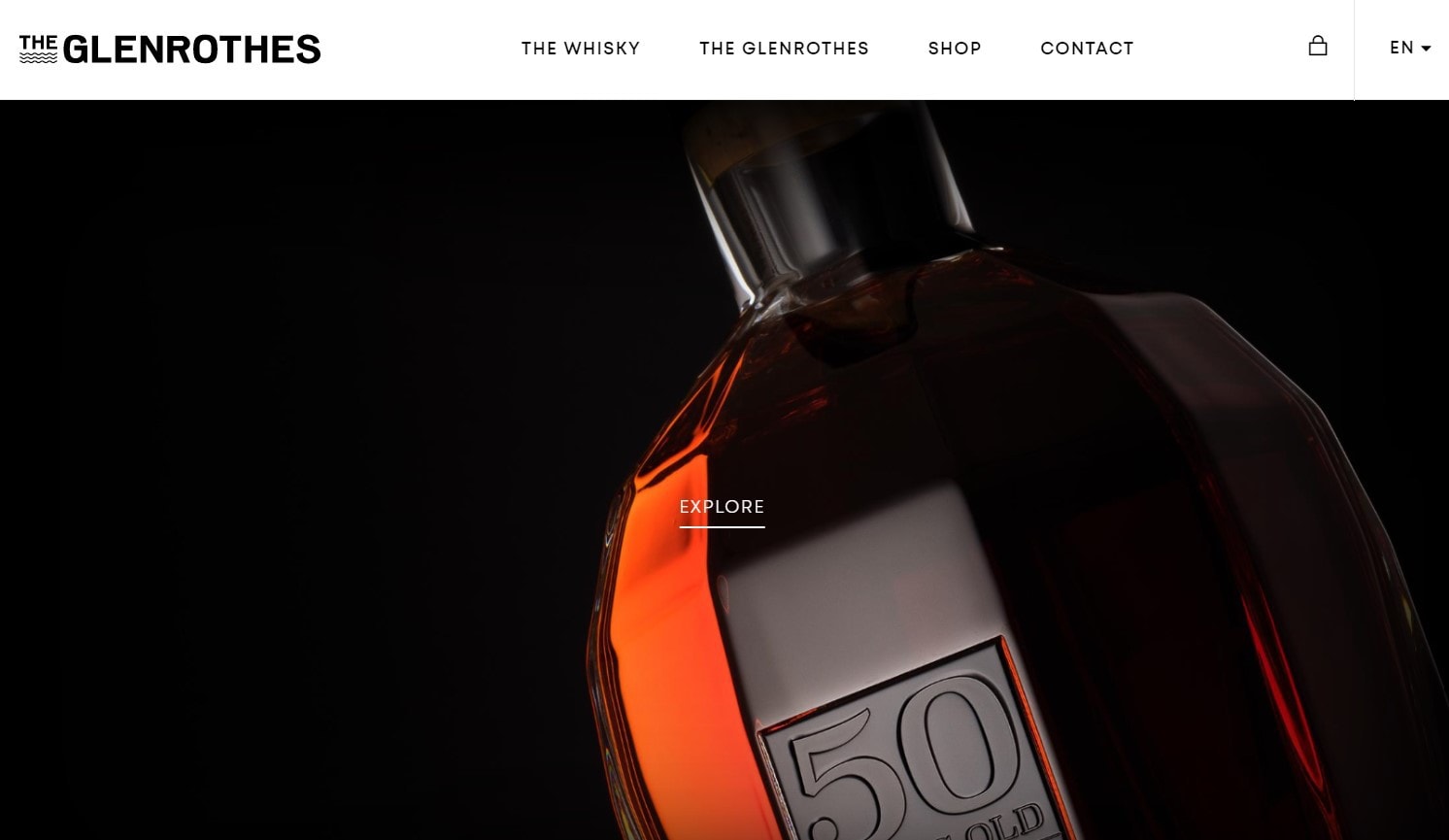 Glenrothes is another Speyside distillery that specialises in producing delicious single malts. Located in the town of Rothes on the same plot of land as the local graveyard, the distillery makes good use of the high-quality barley and water found in the region.

They offer a range of age statement single malts including 10, 12, 18, and 25 year old products. The whiskies mostly use ex-sherry casks made from European and American oak, with the occasional ex-bourbon cask being put to use. There are also some delicious single cask whiskies available.

In terms of flavour and aroma, expect a nose containing tropical fruits, banana and vanilla. The palate continues with band, adding citrus, melon and spices. The finish is long and has a light spice flavour. Definitely a whisky worth trying. 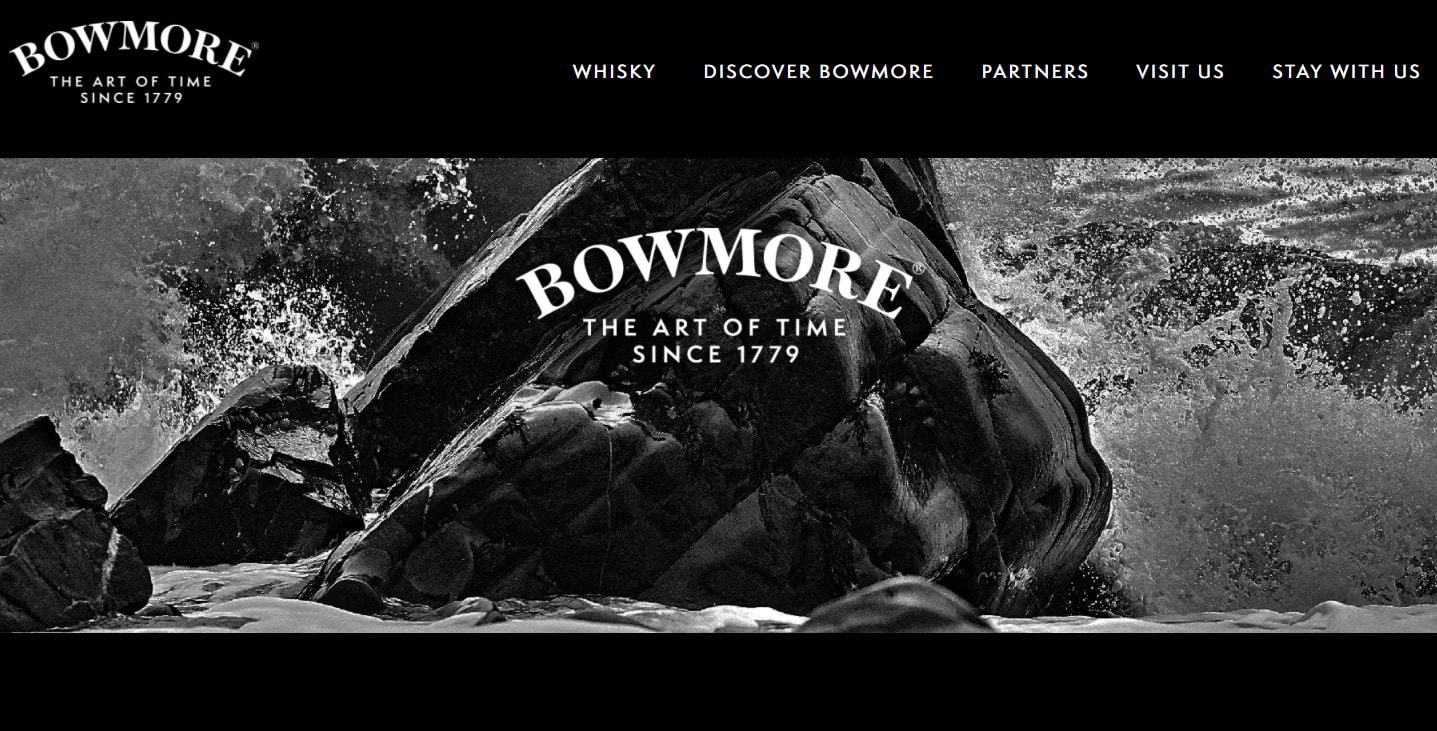 Located on the Isle of Islay, Bowmore Distillery has been producing classic single malt Scotch whisky since 1779. This makes it one of the oldest whisky distilleries in continuous operation in Scotland. The distillery primarily uses barely and spring water sourced from the island, which gives their whiskies a distinctive aroma and flavour.

They have three ranges of whiskies – standard range, limited edition, and travel retail. The Bowmore No. 1 and Bowmore 12 Year Old can be found virtually anywhere, but you will have to work harder to find Limited Editions like the Bowmore Mizunara Cask, Bowmore 1957, and Bowmore The 50 Year Old.

The Bowmore 12 Year Old is a nice entry point if you want to see what the distillery has to offer. It has a wonderful flavour profile with plenty of smoke, peat, and spices. A hint of sweetness and caramel flavour lingers in the background, with port and sherry flavours provided by the time spent in ex-sherry casks.

Built in 1891, by a group of whisky-loving merchants and distillers, the Craigellachie distillery has established a reputation for producing authentic Scotch whisky. The distillery is located in Aberlour, Banffshire, in the middle of the Speyside whisky producing area.

Historically, most of the distillery’s whisky was used in blends. However, they have recently begun to produce more standalone products including 13, 17, 19, 23, and 33 Year Old single malt scotch whiskies.

Although Craigellachie whisky is lighter in colour compared to several of the other whiskies in this list, it has a rich and intense flavour. The 13 Year Old is a particularly good drop with a nose big on tropical fruit and brown sugar. The palate has a savoury smokiness to offset the sweet fruit that continues, with a tang of smoke/sulphur in the finish.