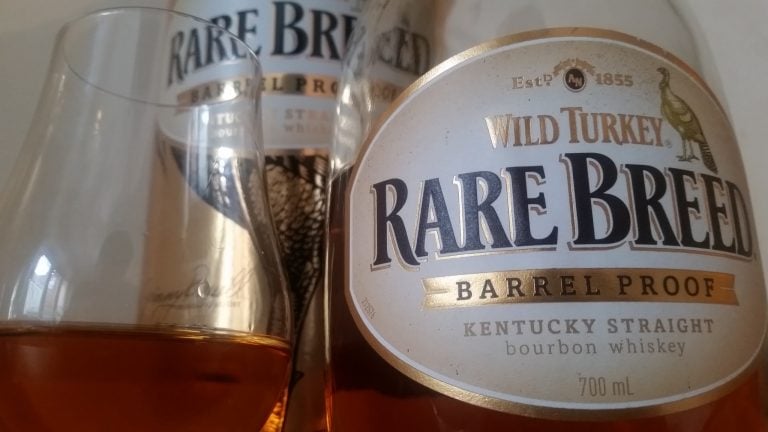 I do love a turkey that has become a little reckless, some may say wild even. Yes I like to start some reviews with a non-sensical and only mildly amusing opening ditty. Both the Wild Turkey 81 and 101 were amongst the first bourbons I tried and the 101 was one of the first ones I loved. I still do actually, must get that one reviewed soon.

This offering is a barrel proof blend of several ages of Wild Turkey that is released in batches of varying proofs and very different characteristics. The same 75% Corn, 13% Rye, 12% Barley Malt mashbill that is used for all Wild Turkey is used here too.

This comes in a rather handsome looking gold tube and the bottle is a really cool shape too. But I’m guessing you didn’t come here to read about how awesome the bottle is? So without any further ado, here is my review of the Wild Turkey Rare Breed:

The Wild Turkey distillery began its existence in 1888 when T.B. Riply bought the Old Moore Distillery in Tyrone, near Lawrenceburg, Kentucky. In 1891, it was demolished, and the Old Hickory Springs distillery took its place. In 1893, the bourbon produced at the distillery was chosen to represent the state of Kentucky at the World Fair held in Chicago.

The distillery closed down with the coming of the Prohibition era, and after the ban was lifted, a new distillery was built in Lawrencetown. In the time leading up to 1940, the bourbon was sold under the Riply name.

It wasn’t until 1940 that an executive of the company, Thomas McCarthy, decided to rename the bourbon Wild Turkey. The inspiration came from a hunting party that McCarthy hosted during which he shared the bourbon with other members. What were they hunting? Wild Turkey, of course.

The distillery was rebuilt again in 2011 and is today still distilling the Wild Turkey bourbon brand.

“The true, bold spirit of Wild Turkey has been captured in this authentic barrel proof whiskey, creating one of the finest bourbons in the world. This is uncompromised Kentucky bourbon. Hand-crafted and uncut, Rare Breed is a real whiskey legend.” 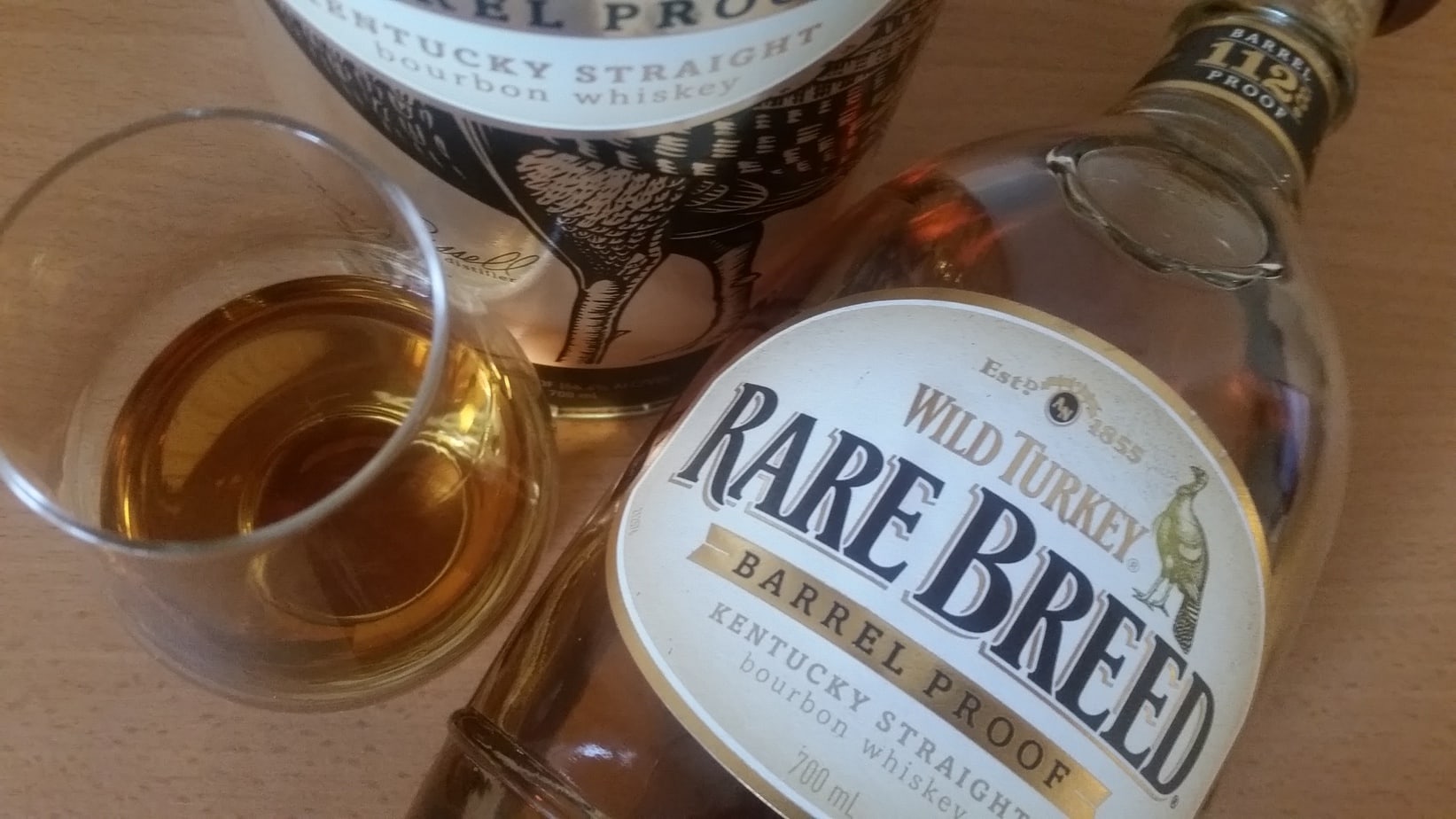 Lots of pepper and rye up front with some wood too but the alcohol hits you a little too much. Not often I say it but it’s a little overbearing and I think it may mask the more subtle notes.

You get the caramel on the palate which was strangely absent from the nose for me. You can taste the alcohol again but unlike the nose, it is not too much here. There is some creamy butterscotch, a little rye and some cereal grains. It’s powerful.

Caramel again and some cloves, oak and rye spice. It’s a good finish for what turns out to be a decent bourbon.

This is a little unbalanced and rough around the edges but overall, I like it. The nose wasn’t great for me but when you taste it you get some good flavors. It packs a punch despite not having a huge proof for a barrel proof so if that isn’t your thing you may need a splash of water in it. It is also relatively cheap for a barrel proof bourbon which is another tick in the plus column for this. Definitely worth a punt.