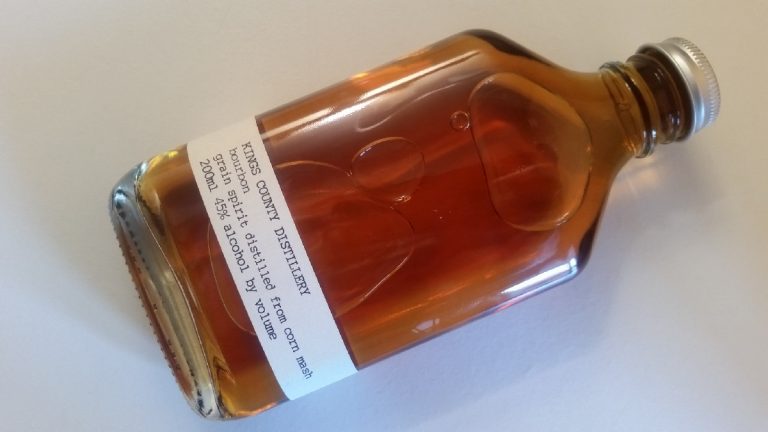 Kings County Distillery is a craft distillery based in Brooklyn, New York and was founded in 2010. On their website they say that “Kings County’s whiskeys are mashed, fermented, distilled, and aged onsite in Brooklyn and never sourced from other producers.”

I’d heard good things about the barrel proof version of this and that was actually what I meant to order but I made a cock up and ended up with the standard 45% ABV bourbon.

Kings County are guilty of the rather sneaky trick a lot of craft distilleries play where they give you a smaller bottle to disguise how ridiculously overpriced it is, so that was already a bit annoying.

If the juice was good though, I would soon forgive them.

Let’s plummet the depths of my review of the Kings County Distillery Bourbon to find out:

“Kings County Distillery’s Straight Bourbon is made from New York State organic corn and malted barley from the U.K., is twice distilled in copper pot stills and then aged in new charred oak barrels.  It is characterized by a rich aroma of fresh corn, balanced with the sweet caramelized oak sap from small barrels.  It has a very strong sweet base with flavors of vanilla and caramel, a deep molasses taste to the middle notes, and leaves a smooth finish with hints of cinnamon and autumn spices. Aged for at least two years, this bourbon is a precocious whiskey, surprisingly robust for its age.” 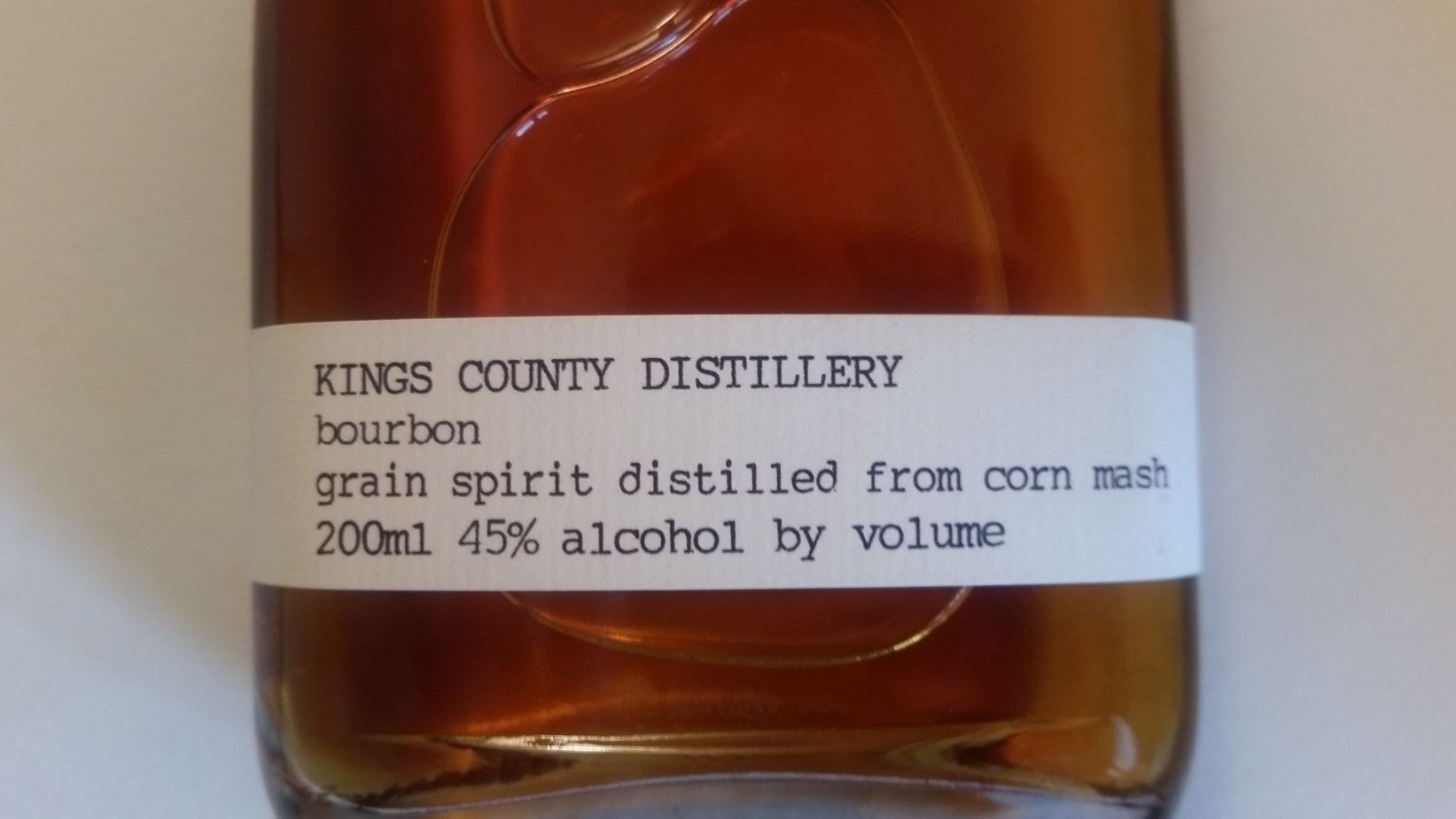 Very grainy and a little rough with some caramel and vanilla. An odd mixture of Sugar Puffs and Wine Gums comes to mind but an astringent element underpins it.

Better on the palate than the nose would leave you to believe. Salted caramel, custard, vanilla. It’s a little tannic though and again, very grainy. Its lack of years in the barrel is very obvious.

Light with some caramel and leaves a pleasantly sweet mouthfeel.

Not bad but it just tastes to young for my liking and there is no getting away from that. It’s a little rough and unbalanced too.

That would be ok if it wasn’t for the fact that this is a relatively expensive whiskey when you work it out. This is a 200ml bottle and cost around what you can get a full bottle of better whiskey fo