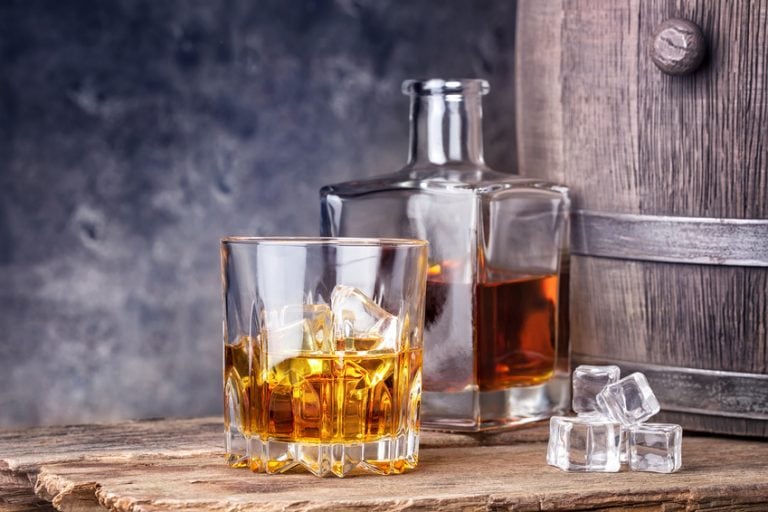 Whisky has seen a massive resurgence in popularity in recent years.  Most cities are now home to many whisky bars where drinkers can try many interesting whiskys from different distilleries around the world.

This article will take a look at the processes that happen to whisky as it ages and answer the question “Does whisky get better with age?”.

What happens when you age whisky?

The whisky production process is quite fast.  Creating a mash from grains and water, cooking it, fermenting it, then distilling this solution can take as little as a week.  The time consuming part of the whisky-making process occurs when the spirit is placed into barrels to age.

Most whiskys are aged for a minimum of three years.  However, many distilleries age their spirits for anywhere between 5 to 25 years before bottling.  The reason they do so is because of the processes that occur while the whisky is inside the cask.

As soon as the whisky enters the cask, some interesting changes begin to occur.  The toasted or charred oak barrel acts like a sieve, trapping any large-molecule forms of alcohol like methanol and butanol.  Removing these molecules gives the spirit a smoother flavour.

As the whisky continues to mature in the cask, it will take on additional flavours including spices, vanilla, and oak.  It also loses overall alcohol content over time, helping it to become mellower and smoother.  The whisky will also take on a darker colour.

Does whisky “always” get better with age?

The answer to this question depends on a number of factors including:

If a whisky is still in the barrel that is stored in the right conditions, it will “almost always” get better with age.  However, there can be some exceptions to this rule.  If a whisky is aged in a cask for a very long time (25+ years), the new flavours it obtains may begin to mask the flavour of the grain from which it was distilled.

If ageing obscures the whisky’s grain makeup, you won’t be able to taste if barley, corn, wheat or another grain was used to make the whisky.  You will only taste lots of vanilla, wood and other flavours.

If the whisky is in a bottle, it won’t change for the better as time passes.  If anything, the whisky is at risk of deteriorating if it is exposed to sunlight or high temperatures.  Once opened, the whisky will begin to oxidise and will change in flavour as the organic compounds in the spirit undergo catalysing reactions.  Opened bottles of whisky should be consumed within a few months as they will change in flavour and can eventually go bad.

Are you comparing apples to apples?