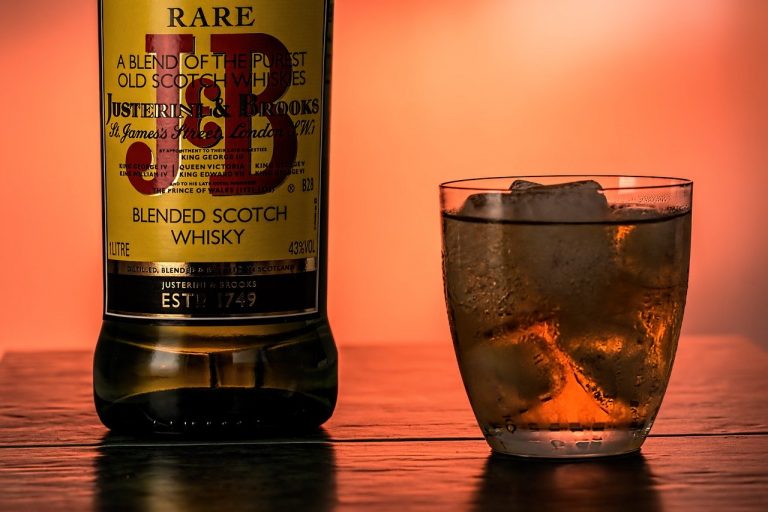 One of the first challenges you’ll face when learning about whiskey for the first time is understanding the many varieties that are available.

To help you understand these common whiskey varieties, this post will take a closer look Blended Whiskeys. I’ll explain the different definitions of blended whiskey and take a quick look at the history of blended whiskey.

What is a Blended Whiskey?

As the name suggests, “blended whiskey” usually refers to products created from a blend of several other whiskeys.

However, it can also refer to whiskeys that are blended with neutral grain spirits and other types of additives, including colourings and flavourings.

Various countries have legislation in place which restricts the products that can be labeled “Blended Whiskey”. This includes: 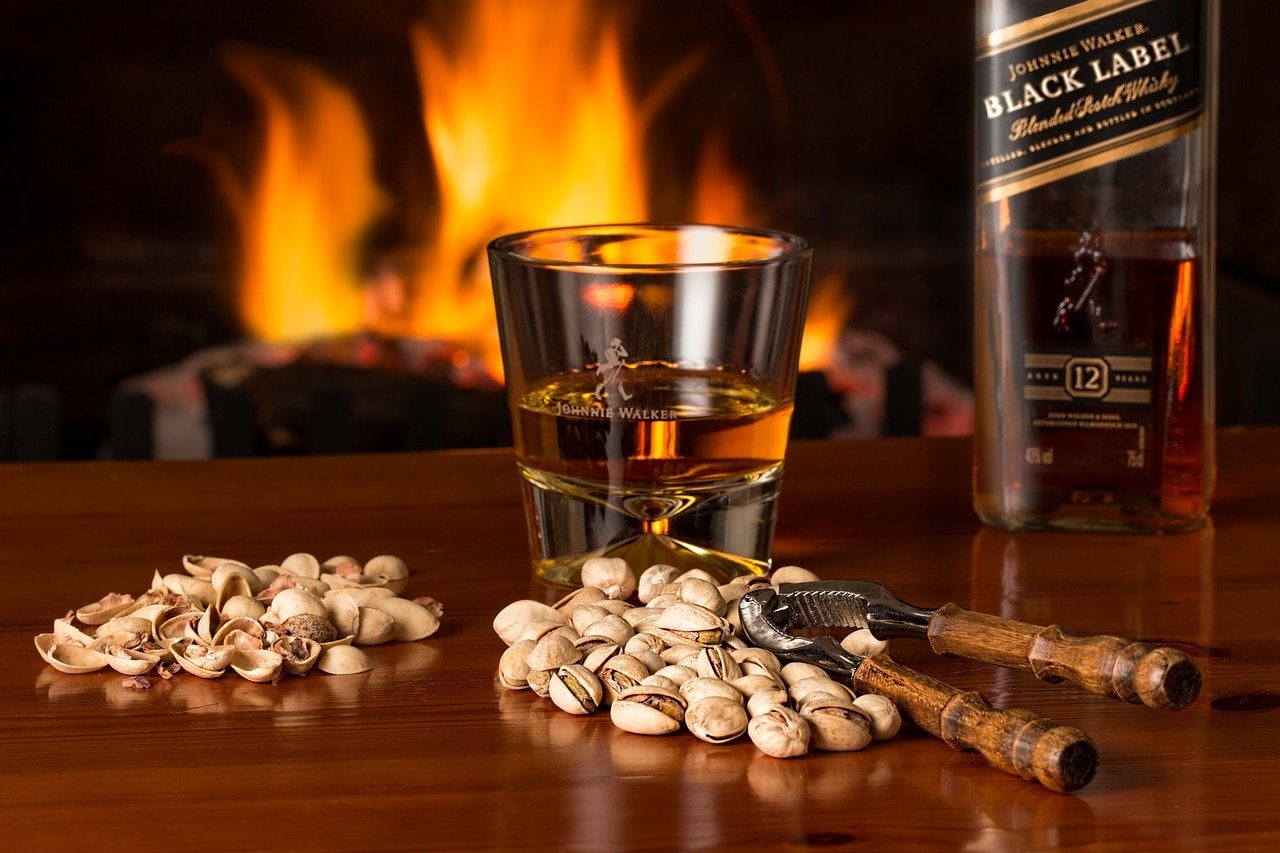 Scotland has very restrictive legislation for the use of terms relating to whisky. Any product labeled “Scotch whisky” must be made in Scotland, distilled twice in pot stills, and aged in oak barrels (in addition to several other rules). The following definitions apply to all Scotch whiskies:

Blended Scotch whisky is the only type of Scotch whiskey which is allowed to have (E150A) caramel colouring added.

The most popular blended Scotch whiskies include:

The Americans are more lenient when it comes to the use of the term “blended whiskey”. All blended American whiskeys must contain at least 20% straight whiskey.

Straight whiskey refers to whiskey which has been created from a fermented grain mash and aged in charred oak barrels for at least two years.

If a blended whiskey is made from a fermented mash containing more than 51% of any particular grain, the name of the grain must be included on the label.

So, a blended whiskey containing over 51% wheat would be a “Blended Wheat Whiskey”. American blended whiskeys are more likely to contain additives including artificial colourings, honey, wine, sherry, or sugar syrup.

The most popular American blended whiskeys include: 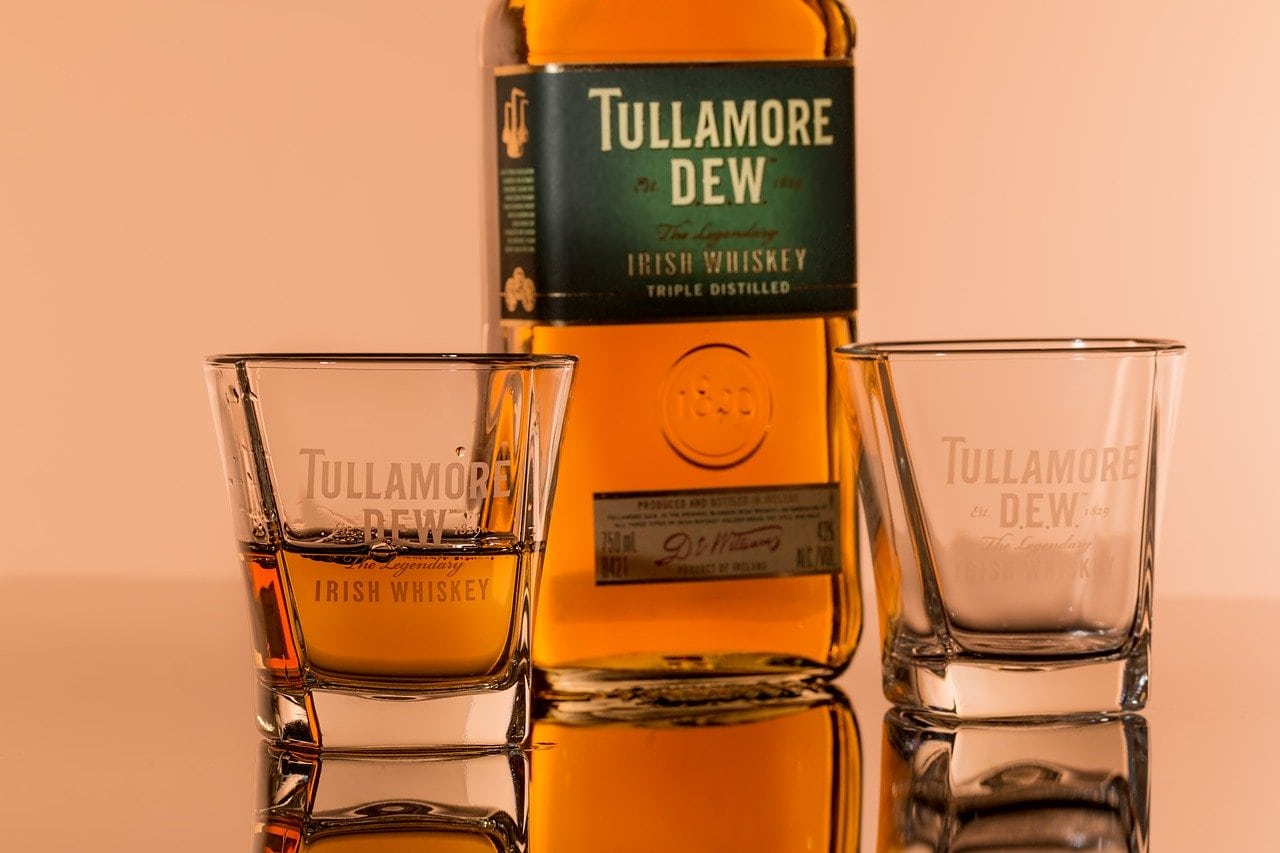 The Irish government defines a blended whiskey as a blend of two or more pot still, grain, or malt whiskeys. Most Irish blended whiskeys have a mild flavour which makes them ideal for use in whiskey cocktails.

The most popular Irish blended whiskeys include:

The Canadians allow both caramel colouring and flavouring to be added to blended whiskeys.

The most popular Canadian blended whiskeys include:

Japanese distilleries are known for using a wide variety of fermentation and distillation techniques. They often create several distillates in-house and blend them to create new whiskies with distinctive characteristics.

The most popular Japanese blended whiskeys include:

Where Did Blended Whiskey Come From?

When a new delivery of whiskey arrived, the grocers would top their casks up, automatically creating blended whiskies.

Eventually, shop owners realised that their blended whiskeys tasted often better than the straight whiskeys they were purchasing from distilleries.

The concept of blended whiskeys really took off in the early 1800’s when Aeneas Coffey invented the Coffey still.

This still produced a lighter style of spirit called grain whisky. Grain whiskey was ideal for blending and attracted consumers who had moved away from the heavier Scotch whiskeys popular at the time.

Distilleries embraced the popularity of blended whiskies and began creating sophisticated blends with unique flavours and aromas. Blended whiskies are still very popular today, with some of the world’s most popular whiskies being blended products.