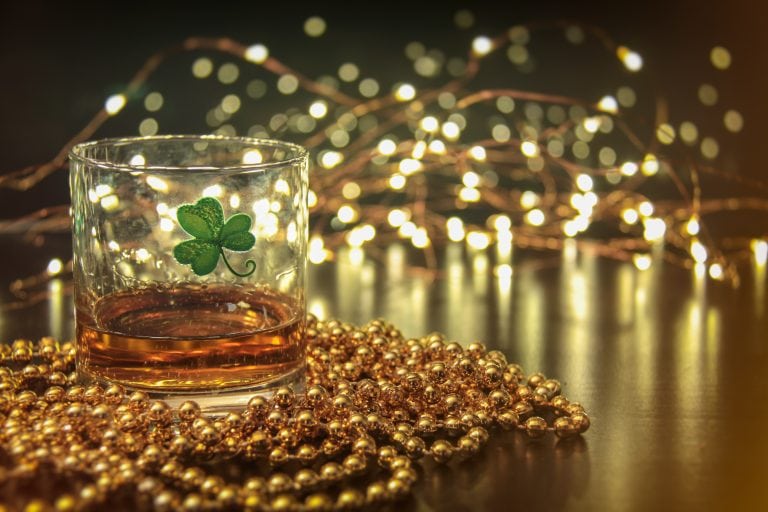 Irish Whiskey has become a dominant force in the world of whiskey over the past few decades. Its popularity is mostly due to consumers enjoying the clean taste and delicious flavours that Irish whiskey contains. Drinkers also enjoy the versatility of Irish whiskey, which is works well in a cocktail or on its own.

There are more than 80 distilleries located throughout Ireland, producing hundreds of different Irish whiskeys. This means you are really spoilt for choice when looking for a new whiskey to try. To help you make this decision easier, here are some of the best Irish whiskeys available this year.

Bushmills is a well-known Irish whiskey which most people would be already familiar with. They have a fantastic range of whiskeys available, including the enjoyable, yet affordable, Bushmills 10 Year Old.

The 10 Year Old is a single malt Irish whiskey which is matured in bourbon and Oloroso sherry casks. It has a mash consisting of 100% malted barley, which gives it a wonderful flavour reminiscent of a good Scotch. However, being triple distilled, it is a lot smoother than your average Scotch. It’s easy-drinking nature, affordability, and obtainability, make its inclusion in our list a certainty.

This is a whiskey from a relatively new distillery which was founded in 2012 by Jack Teeling. Although this distillery has only been in operation a short amount of time, the Teeling family has a whiskey-making heritage that stretches back to 1782, when they built the famous Cooley Distillery.

The Teeling distillery’s stated mission is to craft Irish whiskeys that have more character than the current products on the market. This single-grain whiskey certainly meets this criterion.

It uses a predominately corn/maize-based mash which is distilled in traditional column stills before being aged in Californian Cabernet Sauvignon wine barrels. The time in the wine barrels gives the whiskey a distinctive rich amber colour with red wine, cranberry, and plum flavours. It is a slightly sweet whiskey with vanilla, corn, spices, and oak flavours also present.

Located in County Kerry on the western coast of Ireland, this is another relatively new distillery which launched in 2012. The distillery produced its first batch of whiskey (Batch No. 1) in 2016, a high-quality drop that immediately caught the attention of whiskey aficionados.

Batch No. 3 is even better. It has a mash bill heavy on malted barley and is triple-distilled in copper pot stills made by Forsythes in Scotland. It is matured in bourbon and port casks, which helps to impart some wonderful flavours.

The nose holds plenty of maltiness, fruit, vanilla, molasses, and jam. The palate has a wonderful combination of dark fruits, grassiness, pepper, and cinnamon. Although it is a little harder to track down than some of the other whiskeys listed here, it is worth the effort.

Jameson is the world’s most popular Irish whiskey. The reason for its ubiquity is that it is cheap, versatile, and delicious. Jameson has managed to find a sweet point where they can produce affordable whiskeys that still have a great flavour and aroma.

There are many excellent Jameson whiskeys to try, including Jameson Gold Reserve. It is an incredibly smooth drop with an aroma including toasty oak, spices, and dried fruit. The palate includes honey, caramel, apple, spicy oak, and fruit-cake. The long finish brings all of these elements together making for a very satisfying drink.

In 2018, whiskey aficionados around the world were excited to see the release of Red Spot Single Pot Still Irish Whiskey. It is a part of the Spot Whiskey Range which was first introduced by Mitchell and Son company in the early 1900s. The last time that Red Spot Single Pot Still Irish Whiskey was available was back in the 1960s, so it was an eagerly anticipated release.

The Mitchells used old family recipes to make their Red Spot whiskey as authentic as possible. The Red Spot indicates it is a 15-Year-Old whiskey, with Yellow Spot and Green Spot whiskeys being 12 years and 10 years respectively.

Red Spot is triple distilled from a mash of both malted and un-malted barley. It is then aged for 15 years in bourbon, Oloroso, and marsala-seasoned casks. The resulting spirit has a mouth-watering aroma that includes vanilla, apple, honey, hazelnut, and orange peel. The palate includes vanilla, orange, and custard. The finish is a little spicy. Definitely an Irish whiskey worth trying.

Redbreast 12 Year Old Irish whiskey is an award-winning whiskey that is extremely popular throughout Europe. It is a premium single pot Irish whiskey with a history that stretches back to 1903. That was when John Jameson & Company entered into an agreement with Gilbeys Wines & Spirits Import Company to obtain old sherry and port casks for finishing their whiskey.

This whiskey is made from a mash that contains both malted and un-malted barley. It is triple distilled in traditional copper stills before being aged for 12 years. The end result is a very smooth Irish whiskey with a complex flavour profile. The nose contains plenty of fruit, oak, and warm spices. The palate includes dried fruit, baking spices, more oak, honey, and cinnamon. A wonderful drop that deserves the excellent reputation it has received.