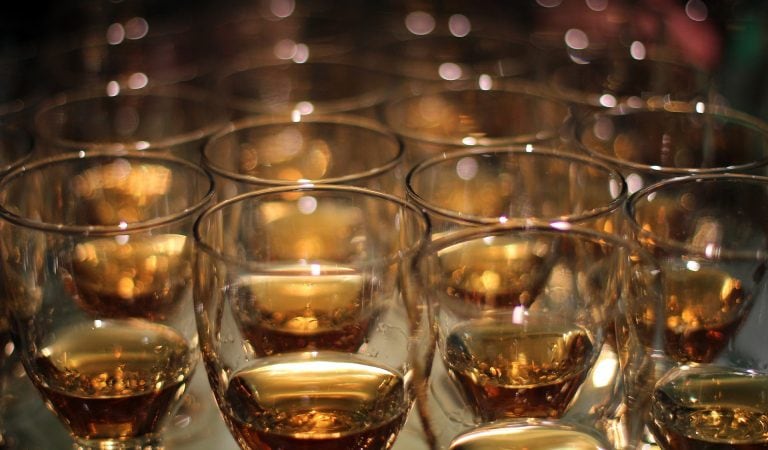 The global whiskey market is in a definite boom and shows no sign of slowing down, with new distilleries and producers popping up alongside historic brands, it’s a great time to be a connoisseur!

But for the uninitiated, those that don’t know they’re George Dickel from their Heaven Hill, or their Jameson from their Johnnie Walker, navigating this world can be confusing.

The truth is, whiskey has such a diverse range of styles, that there’s something for every palate, but knowing the differences between these styles will help you choose where to begin your journey.

There are a lot of different styles that can fall under the umbrella of whiskey or whisky—Rye, grain, peated etc—but if you’ve ever ordered an old fashioned or have a passing familiarity with drinks, you’ll probably only really be familiar with two, Scotch, and Bourbon.

So, let’s start there—what exactly is Bourbon, and is it different from Whiskey?

What’s In A Name

Well, the truth is it’s easy to understand the confusion, because whilst there are very specific domestic rules in the U.S, Scotland, and other countries over how these spirits can be labelled, globally it’s a trickier issue to parse.

Case in point, Scotch is a whisky, but not a whiskey, Bourbon is a whiskey and not a whisky, and whisky that isn’t labelled as a Scotch whisky is still whisky and can be made anywhere. Confused? Understandable. So let’s break it down.

A Tale Of Two Countries

There are other countries that have prestigious whiskey-making histories, such as Japan and Ireland and newer regions that enjoy a growing reputation, such as Sweden and Taiwan, but by and far the largest, most well known, and historical whiskey producing nations are Scotland and America, or to be more specific, the five historic whisky regions in Scotland, and Kentucky in America.

And whilst there are grain whiskies in Scotland, and rye in Kentucky, as well as Tennessee whiskey, most notably Jack Daniels, the majority of the output of these two countries, has fallen under the two classic styles, Scottish Single Malt Whisky or Scotch as it’s more commonly referred to, and Kentucky Bourbon. And both these labels have very specific and tightly adhered to regulations.

Much like other geographically famous products, a Scottish single malt whiskey must be distilled in Scotland, but there are also other rules that dictate the creation of the spirit: 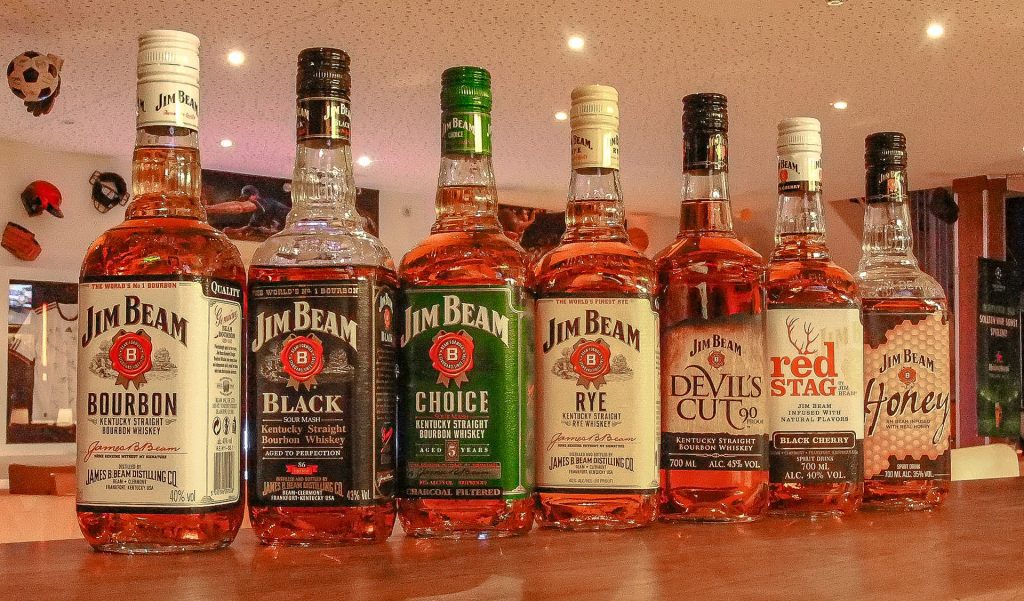 Bourbon can, in fact, be made anywhere in the USA, and it is these days, whether it’s the large scale mass production of MGP in Indiana or critically acclaimed craft distilleries like Sonoma in California.

The Kentucky label just reflects the long and storied history of bourbon production in the state, which is still home to famous brands such as Jim Beam, Woodford Reserve, and Buffalo Trace and produces over 90% of the global bourbon output!.

There are still certain rules that must be followed in order for a spirit to be called Bourbon, these are:

This is all undoubtedly fascinating—but you may be wondering what this means for you as a drinker! Well, by understanding how the drinks are made, and what sets them apart, you can also begin to understand exactly what flavours you can taste, and what will suit your palette.

The combination of corn in the mash bill and vanillins that are extracted from the charred oak lend those characteristic bourbon flavours of caramel, vanilla, and cinnamon spice.

It’s also important to check the rest of the mash bill, a higher proportion of rye will usually result in a longer and spicier finish, whilst more wheat or corn will lead to a smoother, sweeter bourbon.

From there, you can branch out into more craft bourbons or the idiosyncrasies of single barrel bourbons, which will offer more variation and unique flavours.

Whisky is a little harder to pin down, with much more variation in terms of the spirit character, cask influence, and ageing. But you can still follow a few basic guidelines to find a whiskey path for you

There you have it, what we hope is an informative and instructive breakdown of the different styles that make up bourbon and whiskey, as well as plenty of guidance to help you choose your next bottle!

If we have a parting thought, it’s that in a truly global distilling environment, the traditional distinctions between regions and styles are more blurred than ever.

You can find rye whiskey made in the Scottish highlands, and peated whiskey from Seattle!

So don’t overthink it and pay attention to the tasting notes and you’ll find your preference easily!