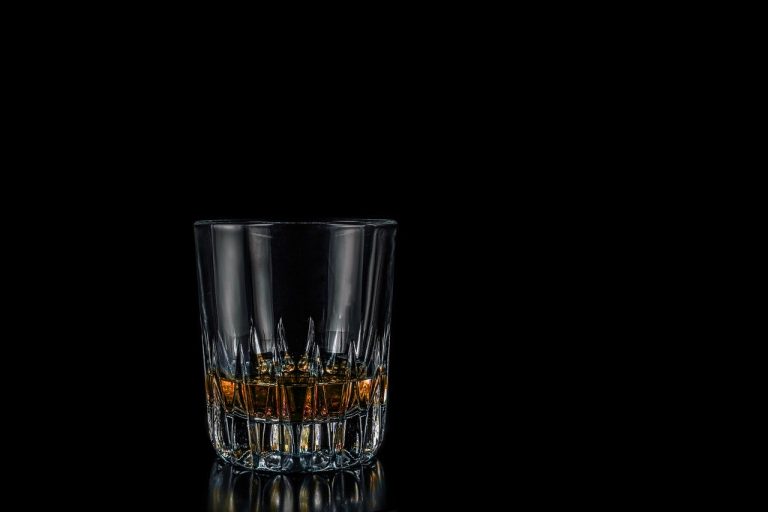 Whiskey is one of the world’s most popular alcoholic drinks. It is a delicious distilled spirit that contains a wide variety of flavors and aromas, including tobacco, smoke, fruit, spices, and chocolate.

Although whiskey has a complex flavor, it is a very simple spirit in terms of ingredients. It only takes water, yeast, and grains to make. However, age-old techniques must be used to process, combine, and distill these ingredients to create the incredible spirits that so many people love.

In this guide, I’m going to share more detail about whiskey. I’ll explain where it came from and how it is made. I’ll also identify the various types of whiskey and how they differ. Once you have finished reading, you will have a greater appreciation of this remarkable spirit.

Where Did Whiskey Come From?

Whiskey has a long history that stretches back several centuries. Its journey has involved doctors, inventors, entrepreneurs, royalty, and of course, many keen whiskey drinkers.

Whiskey wouldn’t be possible without distillation. Distillation involves purifying and concentrating a liquid through selective boiling and cooling. In terms of whiskey, distillation is essential for turning the sugar-rich “wort” into a strong spirit (more on the whiskey-making process below).

Distillation was invented in ancient Mesopotamia, which is the location of modern-day Syria and Iraq, around 2000 BC. It was thought to have been initially used to create perfume and medicines.

The art of distillation eventually made its way to the Mediterranean. By 100 AD, Ancient Greek philosophers were documenting how to use distillation to convert seawater into freshwater.

Between 500 to 1000 AD, the art of distillation spread across Europe. Christian monks began using distillation to make herbal medicines for treating conditions like palsy and colic. Around this point, traveling monks shared their knowledge of distillation in Scotland and Ireland.

By 1250, distillation was being used in Italy to concentrate wine for easier transportation. This technique eventually led to the creation of brandy and Cognac, which are both spirits created from distilled wines. This is the first record we have of alcohol being distilled.

It is suspected that the Irish and Scots began experimenting with distillation around the same time. However, we know for certain that whisky was being produced no later than 1405, because a Scottish chieftain reportedly died of alcohol poisoning after “taking a surfeit of aqua vitae” at Christmas. Aqua vitae is the Latin name for  “water of life” — which was also used to describe spirit alcohol.

By the late 15th Century, distilling was very common in Scotland and Ireland. Even the Scottish royal family were interested in whiskey making, granting malt to distillers to produce more of the spirit. During this time, the distillation process was continually being improved and whisky makers discovered that aging whisky in oak barrels could improve its flavor. 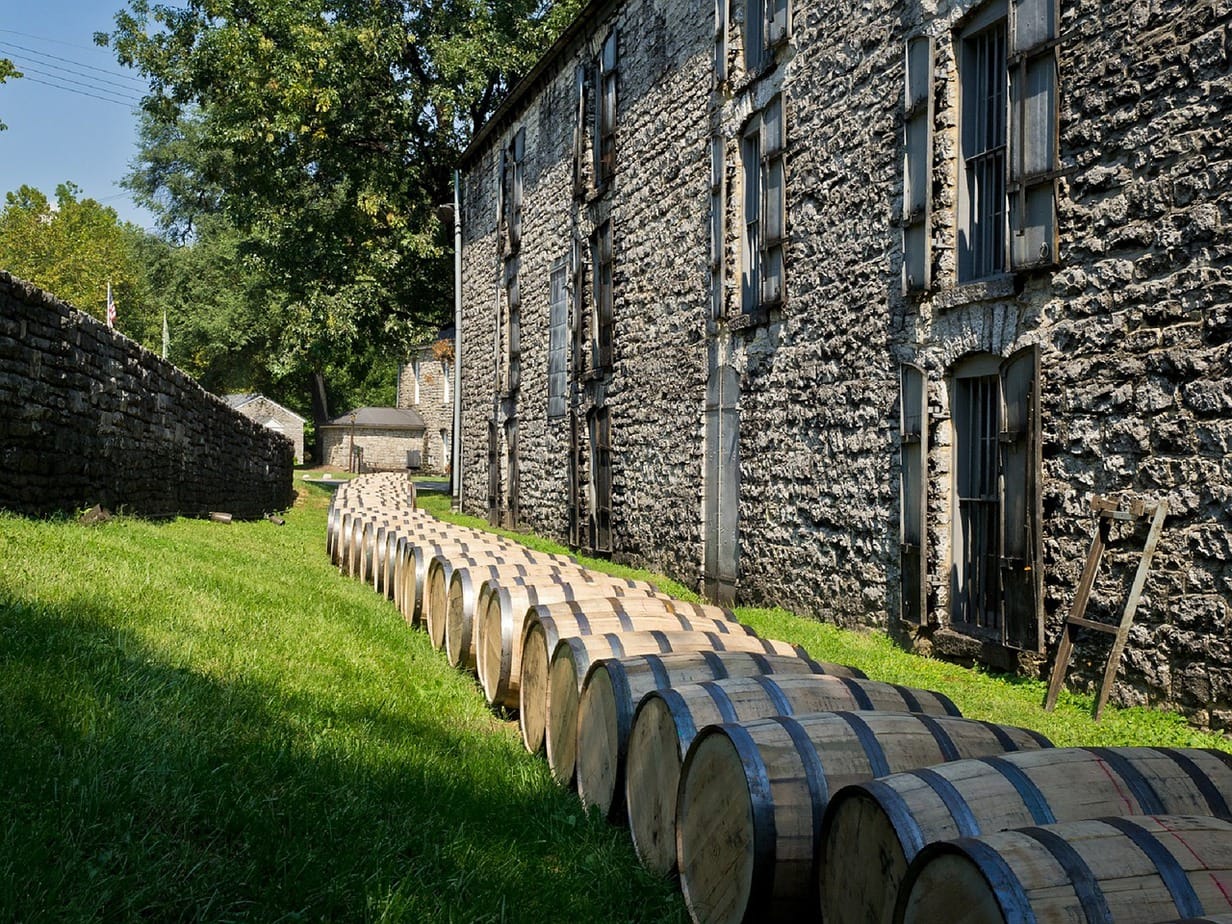 In 1608, Old Bushmills Distillery was licensed in Ireland. It currently holds the title of the world’s oldest licensed whiskey distillery.

American immigrants brought their knowledge of distillation with them when they settled in the colonies. They began making rye whiskey simply because their crops were mostly ryegrass. Whiskey exploded in popularity and the Americans began producing their own unique whiskey varieties.

Other notable events in the history of whisky include:

How Is Whiskey Made? 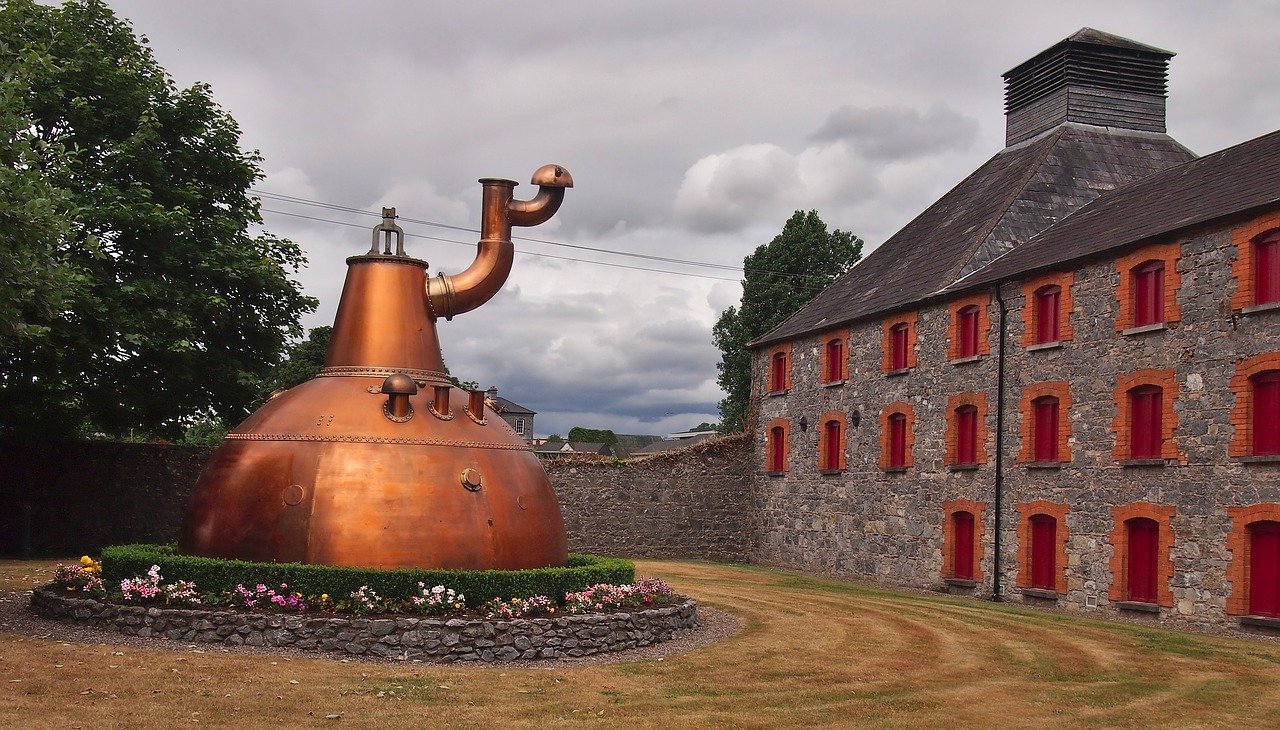 Virtually all whiskeys contain some malted barley. It is barley that has been moistened to allow germination to occur. Malted barley is an important part of the whiskey-making process because it contains enzymes that make it easier to extract sugars during the mashing stage.

Once the barley has germinated, the process is halted by rapidly drying it. Some distilleries burn peat to dry their malted barley, which adds a smokey flavor to the spirit. However, any heating appliance can be used to halt germination.

The malted barley and any other grains being used will then be milled to remove husks and other debris. 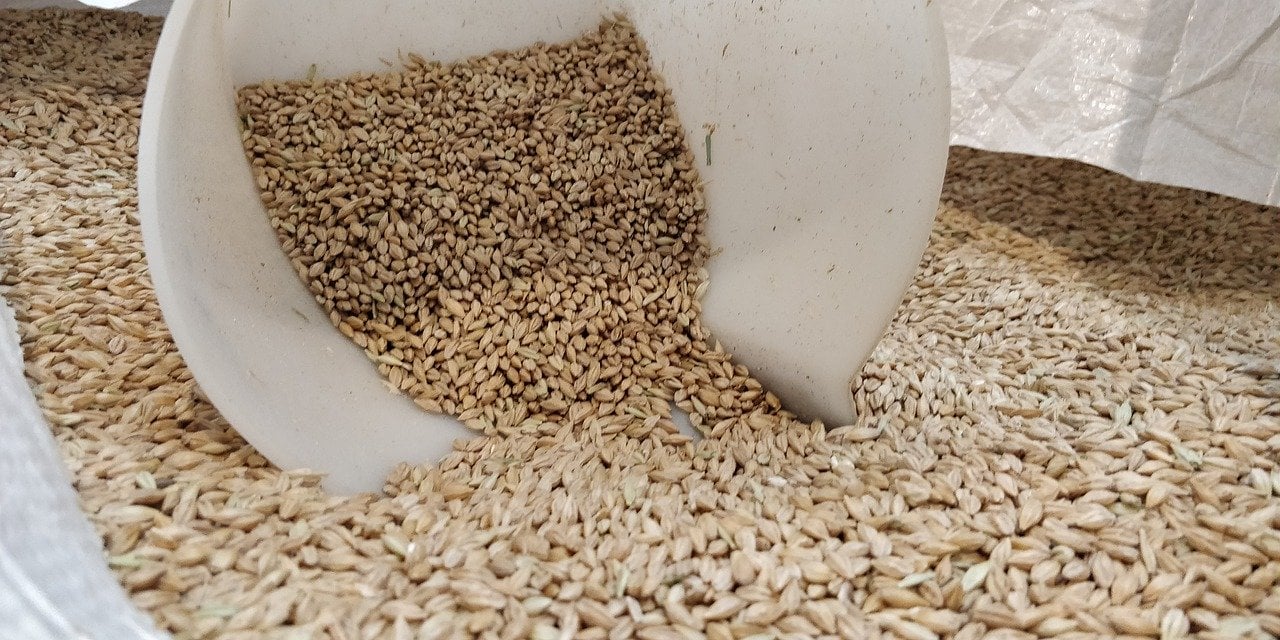 The processed grains are added to warm water and gently agitated for several hours. This process extracts sugar from the grains. This sugar-rich water, called the wort, is drained off.

Once the wort has cooled slightly, yeast is added. The yeast converts the sugars into alcohol over a period of at least 48 hours. This process creates the “wash”, a solution with an ABV of between 5 to 10%.

The wash is placed into a large wash still and heated. The alcohol vapors travel upwards into the neck of the still where they condense before draining. This liquid, called the low wines, is sent to a smaller “spirit” still and distilled once more.

Traditionally, the liquid produced by the spirit still is divided into three parts:

The whiskey is placed into oak casks and stored. The type of cask used can vary, with certain whiskeys requiring the use of specific types of oak or barrels that were previously used to house another spirit or wine.

While in the cask, a complex chemical reaction takes place. The whiskey changes color loses some alcohol content and takes on additional flavors. The more pungent volatile compounds in the whiskey are reduced, making the spirit smoother. Because wood is porous, the location where the whiskey is stored will also impact how the whiskey changes over time. 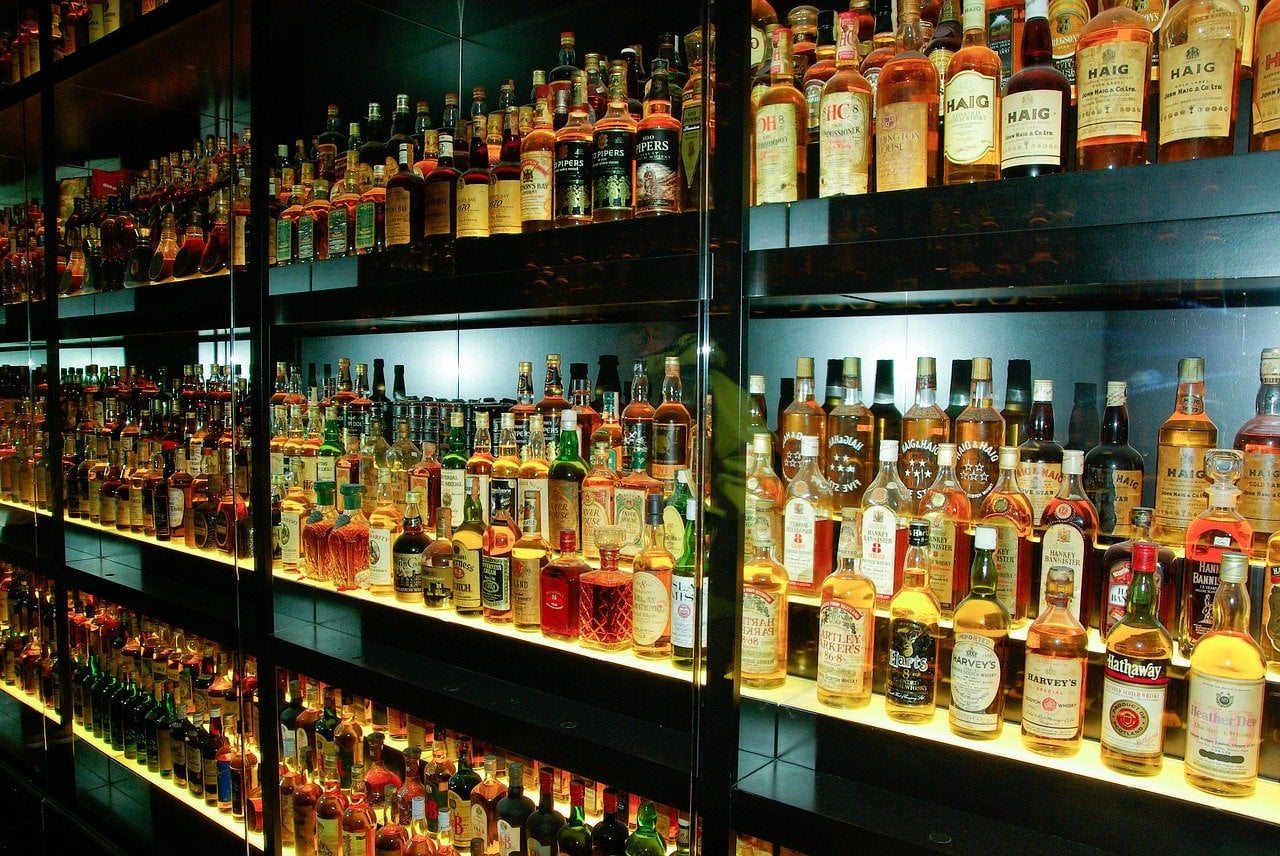 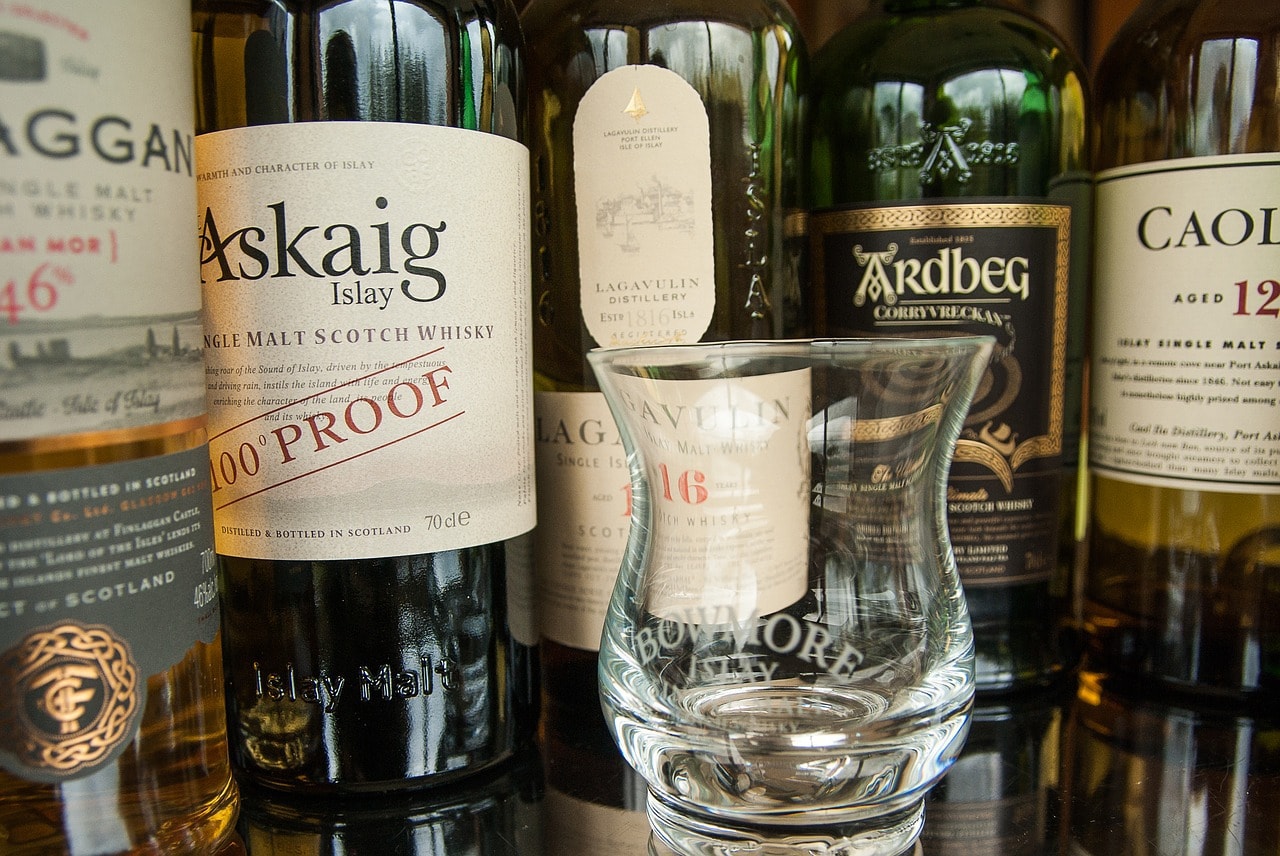 Many whisky aficionados consider single malt Scotch whisky to be the pinnacle of whisky making. It’s no wonder, given that the Scots have had been making whisky for at least 500 years and have carefully refined their craft over this time.

Observant readers may have noticed that I have spelled whiskey without the “e” when referring to Scotch whisky. This is the traditional spelling in Scotland and helps to differentiate it from other whiskeys.

Countries that have been heavily influenced by Scottish whisky making process (Japan, Canada, and India) also use the “whisky” spelling. Several American distilleries that use similar process have also the spelling on. If you see a product labeled whisky, chances are it will have a lot of similarities to Scotch whisky.

There are several variations of Scotch whisky:

There are over 100 distilleries in Scotland and six whisky producing regions. As a result, individual Scotch whiskies can be quite different in terms of flavor and aroma. 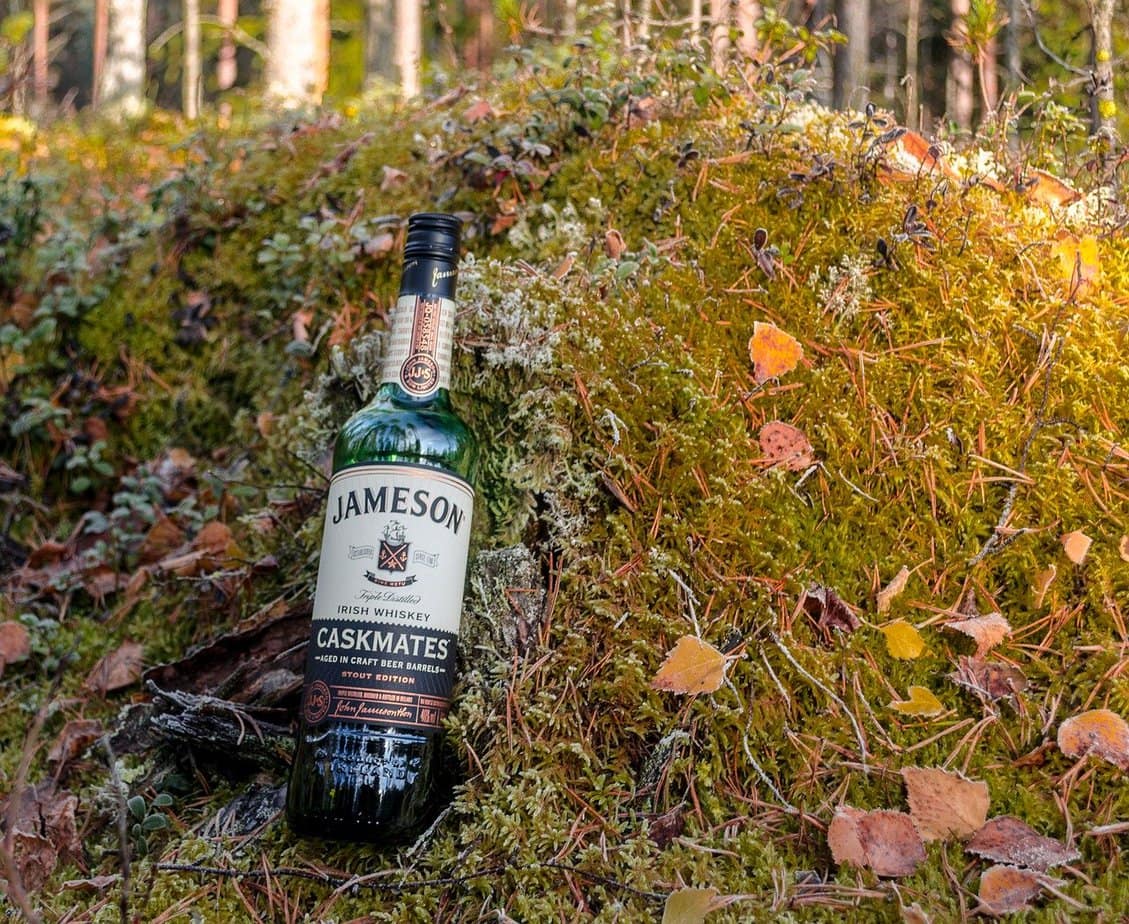 As mentioned earlier, Ireland has an association with whiskey that stretches back hundreds of years. Most Irish whiskies are blended, combining several malt or grain whiskeys. Modern-day Irish whiskeys are usually triple distilled using column stills. This makes the spirit smoother compared to most Scotch whiskies. Generally, Irish whiskey is not peated.

Irish whiskey is very popular because of its smoothness and subtle flavors. To be considered an Irish whiskey, a spirit must be:

Similar to Scotch whisky, there are single malt, blended, and grain Irish whiskeys.

Whiskey is so popular in the United States that it was used as currency at one point during the American revolution.

George Washington even had his own still, producing a delicious rye whiskey. Today, American whiskey is more popular than ever and the whiskey-making industry is booming. The most common styles of American whiskey include: 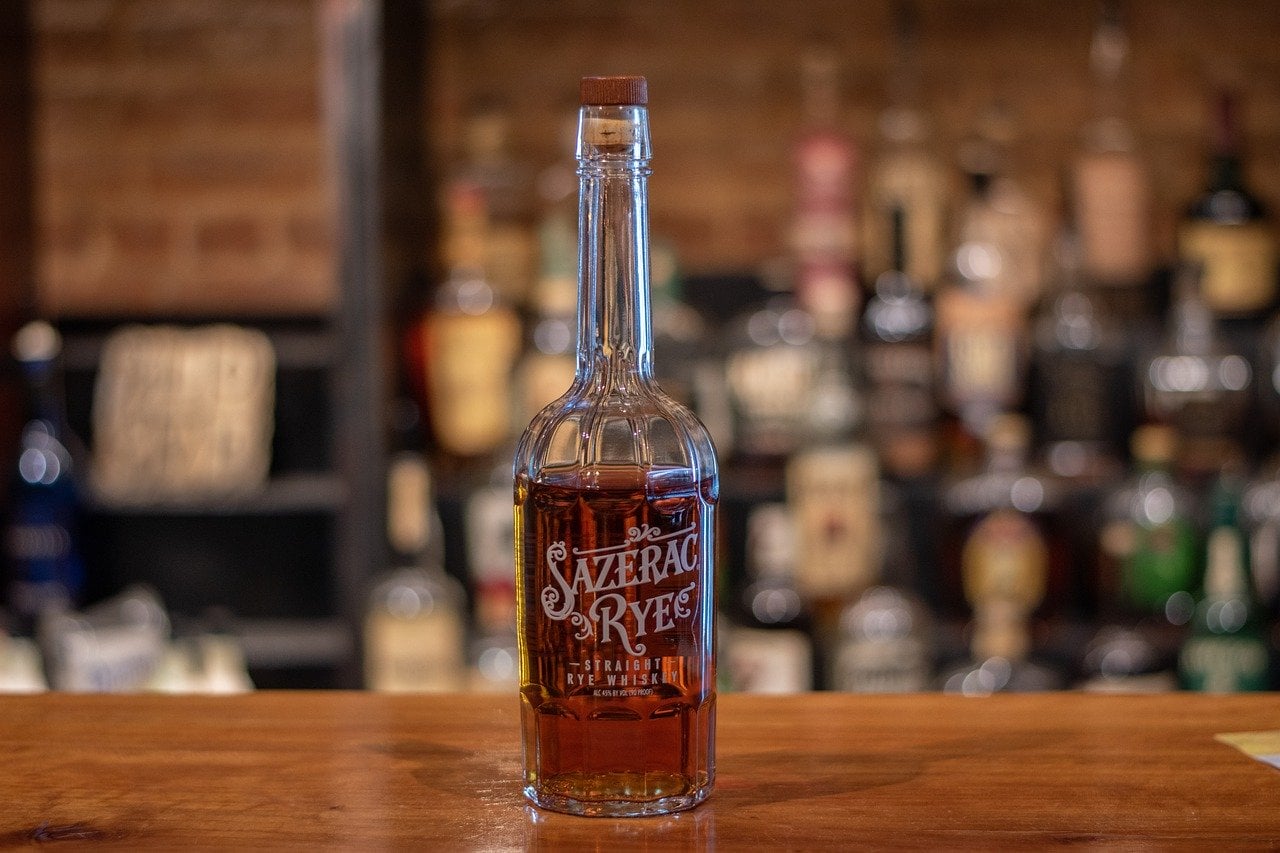 Rye whiskey was the most common form of whiskey produced in the United States from the late 1700s through to the early 1800s. The reason was simple — early settlers were growing large amounts of rye in their fields at the time.

It retained its popularity until the end of prohibition when drinkers turned away from the strong, spicy flavor of rye to drink sweeter spirits. However, in the past few years, it has seen a resurgence in popularity and more distilleries have begun making rye whiskey.

To be considered a rye whiskey, a spirit must be:

Rye whiskey has a bold flavor with plenty of rye and spice in the palate. It is often quite dry. It works well on ice or as a part of a classic whiskey cocktail. 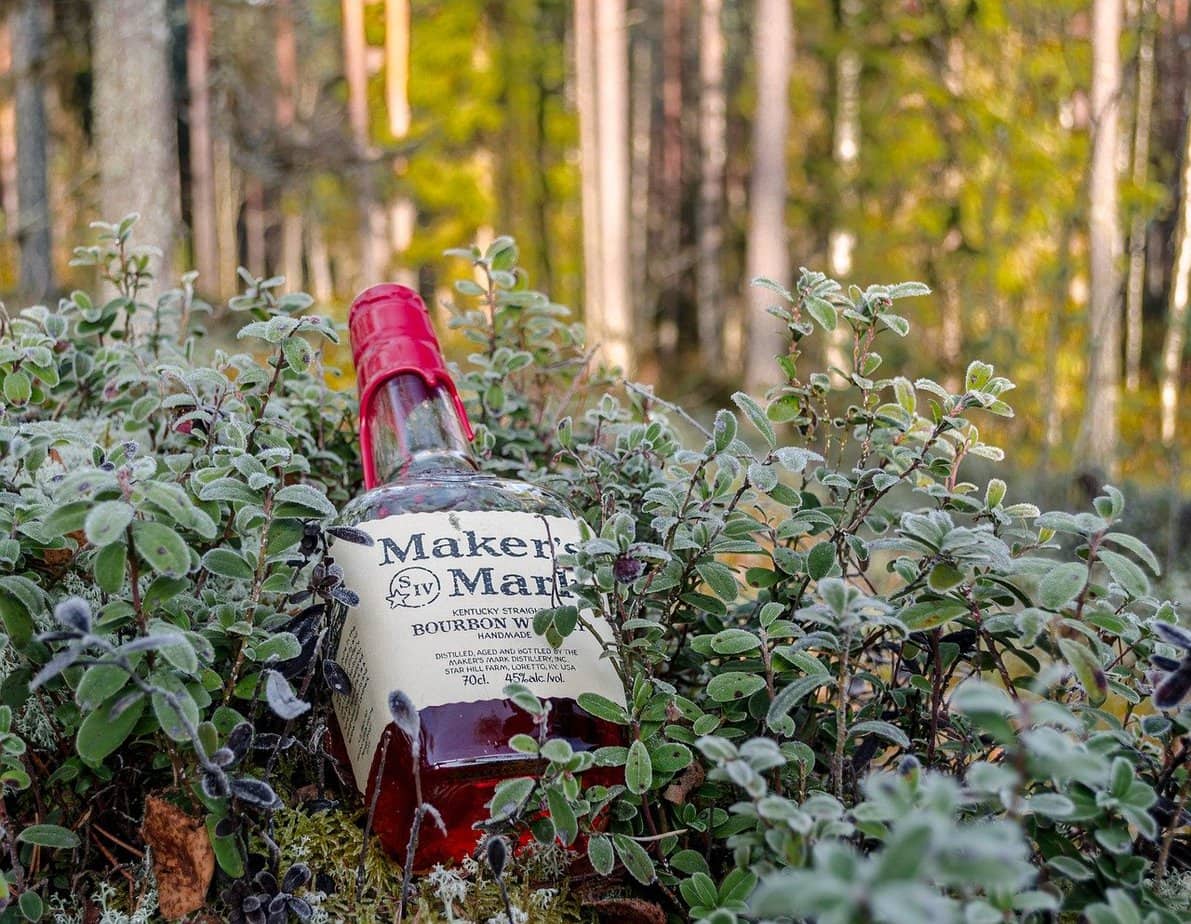 Arguably, the most famous American whiskey, Bourbon has a sweet flavor that most drinkers enjoy. It is named after Bourbon County, Kentucky, where many whiskey distilleries originated.

Not much is known about the origins of bourbon. However, it is suspected that immigrants living in Kentucky and Indiana began experimenting with grain whiskeys gradually developed bourbon. The spirit had been developed into its present form by the late 19th Century.

To be considered a bourbon whiskey, a spirit must be:

Although there is no minimum maturation age for bourbon, products aged for less than 4 years must include an age statement on their label. Bourbons that do not have any artificial colorings or flavorings and have been aged for at least two years can be labeled as “straight” bourbon.

Bourbon works well on ice, straight, with mixers, or in a cocktail. It is a delicious spirit with many sweet flavors including vanilla, honey, and caramel. 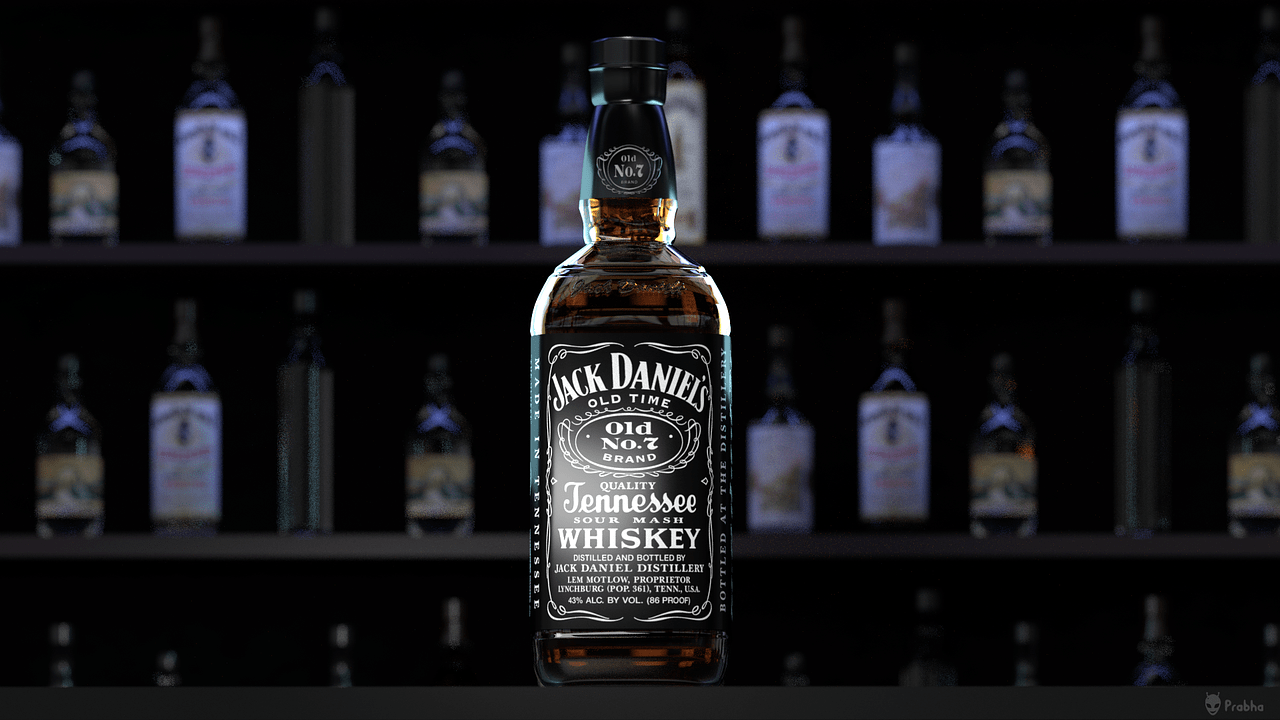 However, it must also be produced in Tennessee and be made using the Lincoln County Process — a technique where the whiskey is filtered through charcoal. This process makes the whiskey smoother. Tennessee whiskey is essentially bourbon with a slightly smoother taste.

Wheat whiskey is less common than other forms of whiskey but worth trying. It is quite light and sweet in flavor. To be considered a wheat whiskey, a spirit must be made from a mash containing at least 51% wheat. “Straight” wheat whiskey must also be aged in charred new American oak barrels for at least two years. 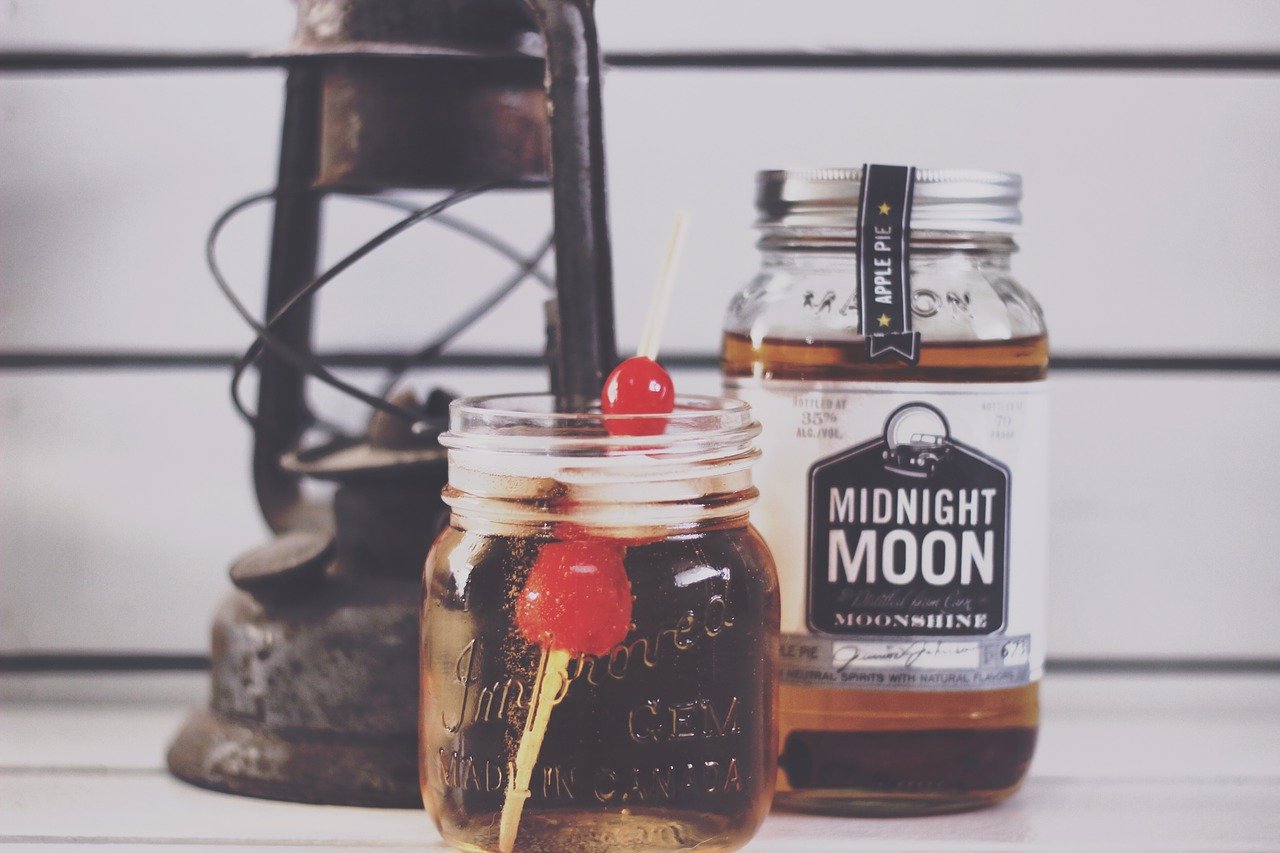 Moonshine was extremely popular in the United States during prohibition. The term is slang for any strong spirit that is produced illicitly. In the United States, moonshine is often used to describe corn whiskey that is not aged or aged for a short period.

Most moonshine whiskeys will have a mash containing 80% or more corn which is distilled to a maximum strength of 160 proof (80% ABV). This can be consumed immediately (watered down) or aged in for six months or less. Because the whiskey very little time, if any, in the cask it has an extremely strong flavor and is quite harsh.

Interestingly, the popularity of moonshine has increased in the United States in recent years, with many backyard distilleries creating their own whiskey. If you decide to try moonshine, remember that only spirits that use a grain mash will be considered whiskey. If a moonshine has other ingredients, it may be gin, vodka or another spirit. 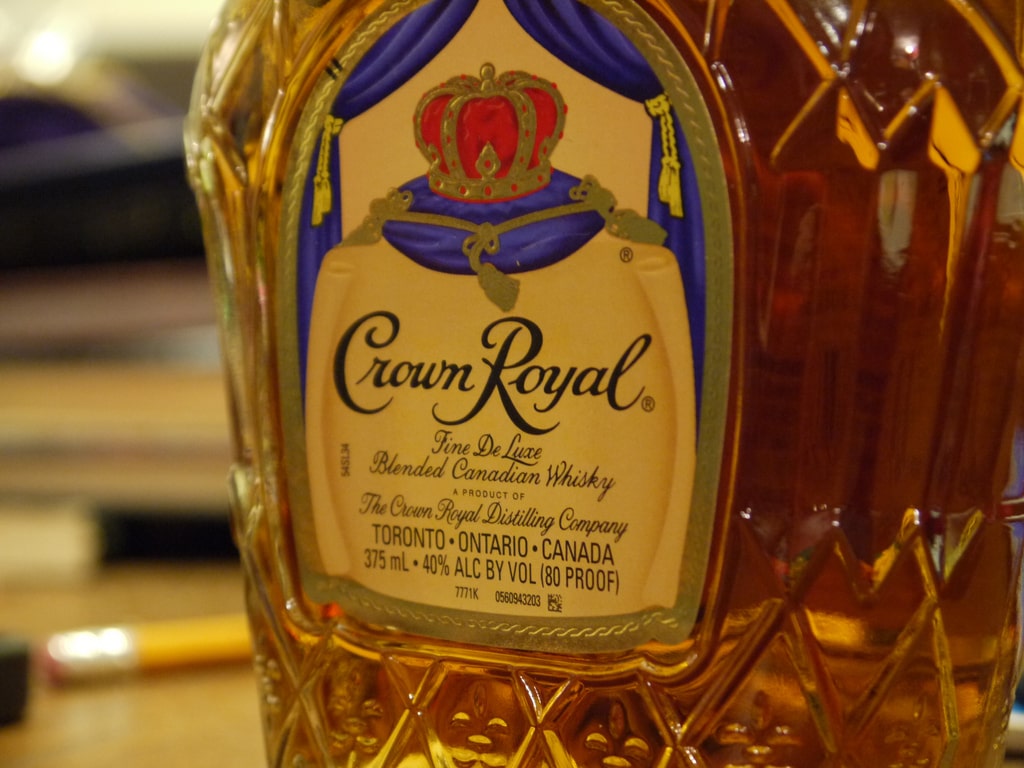 Most Canadian whiskeys use corn as their primary mash ingredient and are distilled in column stills. 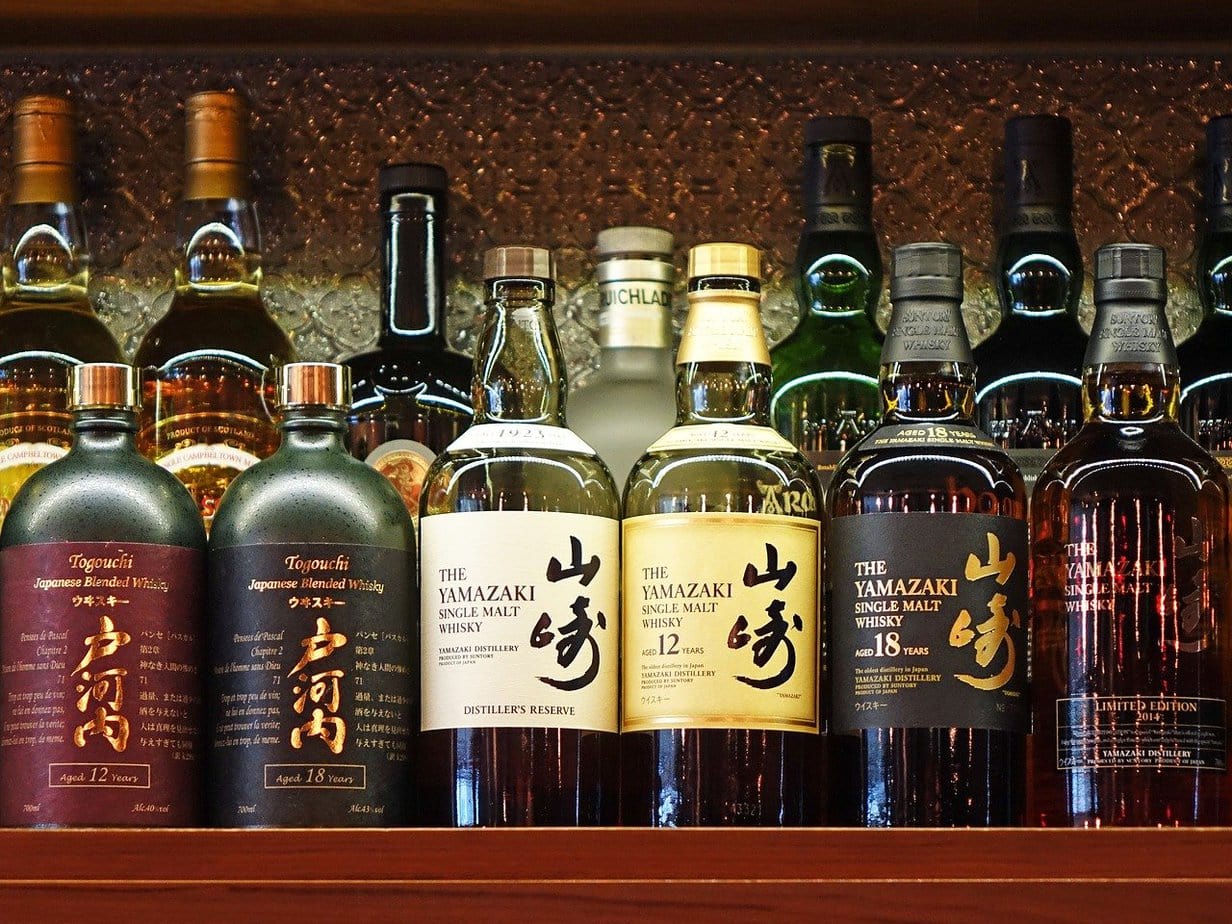 In previous years, Japanese whisky was considered something of a novelty. That changed in 2003 when a Japanese distillery won a gold medal for one of their products. They are typically highly refined whiskies with a smooth flavor. It can be enjoyed straight, with ice, or with a mixer.

Japanese whisky makers have been heavily influenced by Scotch producers, hence the use of the same spelling (“whisky”). The Japanese tend to make more blended whisky than the Scotts and have become very adept at blending distillates.