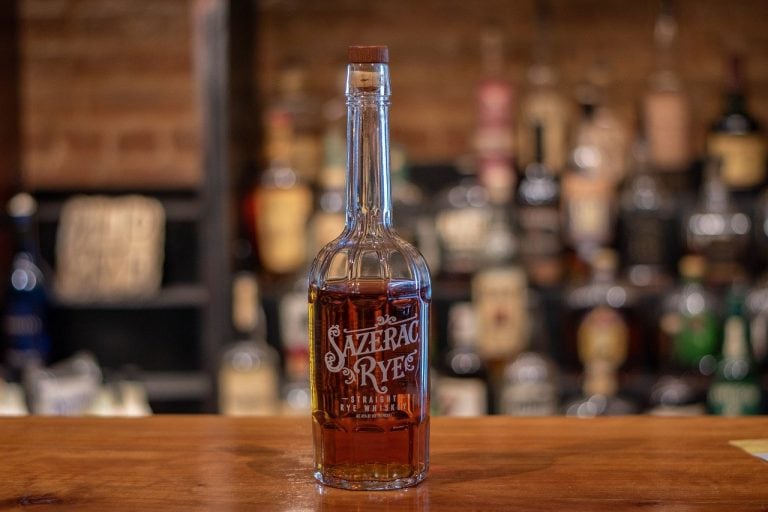 Rye whiskey has seen a resurgence in popularity in the past few years, as consumers have developed a renewed interest in full-bodied and flavorsome whiskeys.

Rye is a strong spirit with a distinctive flavor profile that includes spices, herbs, oak, and of course – a strong dose of rye. It’s not a whiskey for the weak of heart, given the powerful flavors it contains.

If you have an interest in learning more about rye whiskey, you have reached the right place. This post will tell you everything you need to know about rye whiskey including what it is, how it is made, and where it came from.

There is often some confusion about what constitutes a rye whiskey. That’s because there are two different, yet related, types of rye whiskeys available — American rye whiskey and Canadian whisky.

American rye whiskey refers to any American whiskey that is distilled from a fermented mash containing at least 51% rye. The other ingredients in the mash usually being corn, malted barley, and malted rye.

American rye whiskey must be distilled to no higher than 160 U.S. proof (80% ABV) and aged in charred, new oak barrels for at least two years.

A (Short) History Of Rye Whiskey

American Rye Whiskey was first distilled sometime in the late 1700s. It became popular very quickly, particularly in Pennsylvania and Maryland, where it was the most common whiskey consumed.

In the early years of rye whiskey production, most distilleries were located in Pennsylvania. Historians claim that Pennsylvania farmers were selling one half barrel of rye whiskey for each person in the country by 1808. By the late 19th century, Pennsylvania was producing 10’s of thousands of barrels each year.

However, the popularity of rye whiskey declined after the prohibition-era as drinkers turned to softer spirits that were easier to drink, like bourbon, vodka, rum, and gin. Many of the original rye whiskey distillers disappeared, although some older brands like Old Overholt managed to survive. 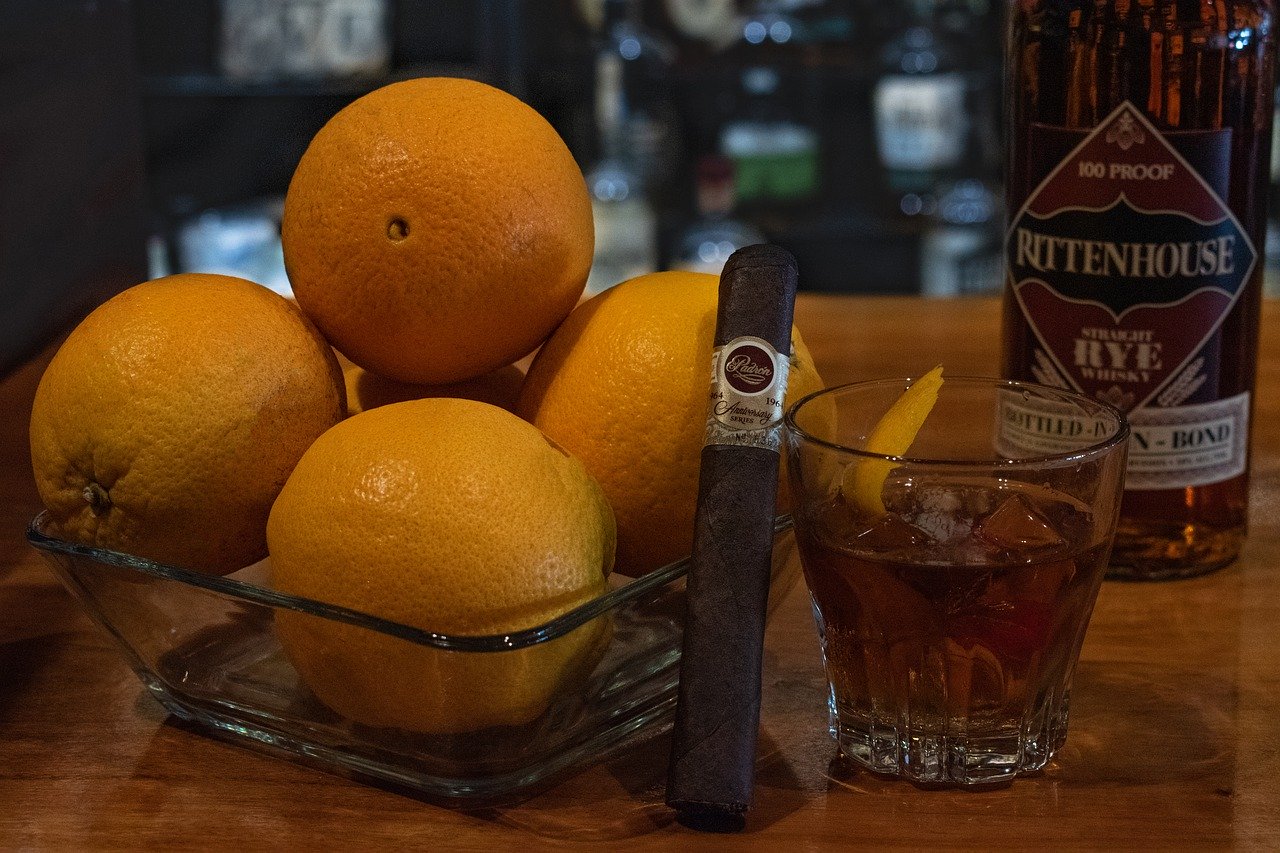 Since the beginning of the 21st century, there has been a renewed interest in rye whiskey. As a result, it is now much easier to find rye whiskey and there are many brands selling popular rye whiskey products.

Canadian whisky is often labeled “rye whisky” because historically virtually all whiskeys were produced using a mash containing some rye.

Because there are less labeling restrictions on Canadian whisky, a product can still be called a rye whisky even if it has no rye in it. The only requirement is that the whisky must “possess the aroma, taste and character generally attributed to Canadian whisky”.

You may notice that Canadian whisky uses the Scottish spelling (whiskey without an “e”). This is because the earliest whisky distillers were Scottish immigrants who used the same techniques they had previously used to make Scotch whisky.

A few Canadian brands do produce full rye whiskies, including Alberta Premium and Canadian Club Chairman’s Select. Both are made from a 100% rye mash.

How Is Rye Whiskey Made? 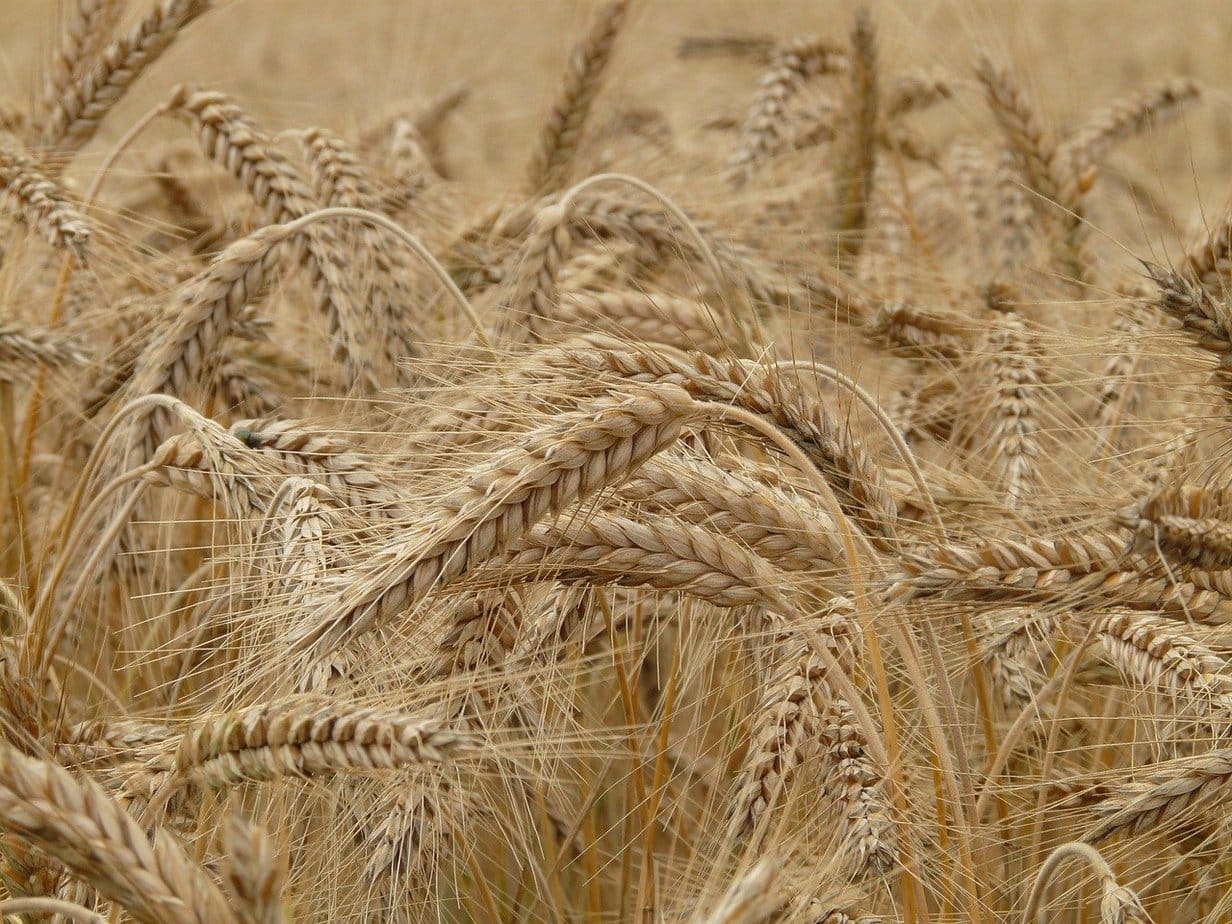 The process for making rye whiskey is virtually identical to that used to make other types of whiskey. It is a 5 step process:

The grains which are being used in the mash are milled. As mentioned earlier, American rye whiskey must have at least 51% rye, but the other grains used can vary. In most cases, malted barley will be included in the mash along with corn.

Canadian rye whisky could have any type of grain in the mash, with the most commonly used options being barley, corn, and rye.

Virtually all rye whiskeys will have a malted grain in their mash (usually malted barley). A malted grain is one that has been soaked in water, allowed to germinate, then dried in a kiln at low heat.

Malted grains are considered an essential part of a rye whiskey mash because they release an enzyme called amylase. This enzyme helps to convert the starches found in the other grains into sugar, helping the mashing process progress.

The milled grains are placed into a mash tun filled with warm water. This solution is agitated gently to extract sugars from the grains. After several hours, the mash is filtered to remove the sugar-rich layer on top, called the “wort”.

The wort is placed in a large vessel called a “washback” and left to cool for several hours. Originally, distilleries would use large timber washbacks, but most whiskey producers since moving to stainless steel vessels.

The wash is placed into a still and heated to just below boiling point. At this temperature, the alcohol is transformed into vapour while the water remains a liquid. The alcohol vapor is cooled and collected as a liquid. Rye whiskey producers will distill their product at least twice.

The distilled spirit is then placed into an oak cask for aging. While the spirit sits in the cask, a complex chemical process occurs, involving the timber and the whiskey. The whiskey becomes less harsh as its chemical profile changes and it takes on some of the flavour of the wood.

If it is an American rye whiskey, it must be placed in the barrels at no more than 125 proof (62.5% ABV) and aged for two years. If the whiskey is not blended with other spirits is, it can be labeled “straight rye whiskey”.

Canadian whisky has to be aged in wooden barrels that are no larger than 700 liters (180 US gal) for a minimum of 3 years. There are no rules regarding the type of oak used in the barrels in Canada. Canadian whiskies are more likely to be blended products, however there are several straight rye whiskeys available.