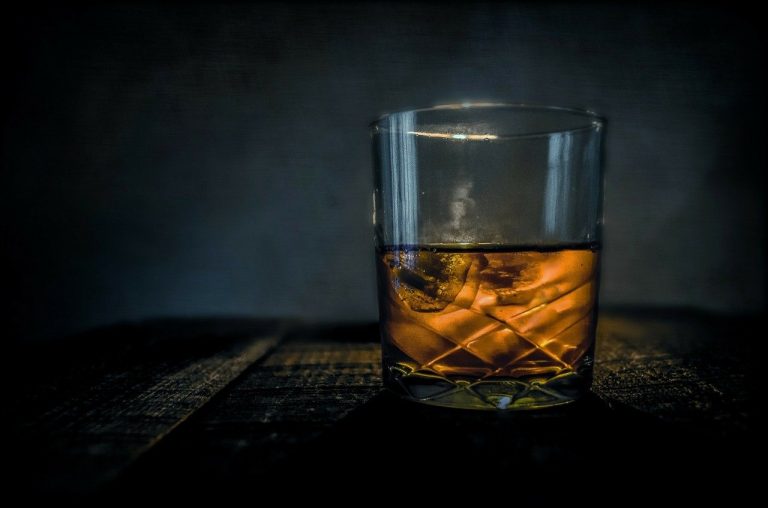 A “Whiskey on the rocks” is one of the most popular ways to drink whiskey. It is a simple drink that combines a straight pour of whiskey over ice, served in a whiskey tumbler.

It is widely considered to be one of the best ways to enjoy whiskey because it doesn’t obscure the flavor of whiskey and can actually enhance it.

In this post, I’ll explain how to make whiskey on the rocks. I’ll also share some of the reasons why this is and isn’t a great way to drink whiskey.

How To Make a Whiskey On The Rocks

Whiskey on the rocks is one of the simplest drinks you can make. All you need is:

To make whiskey on the rocks, you will: 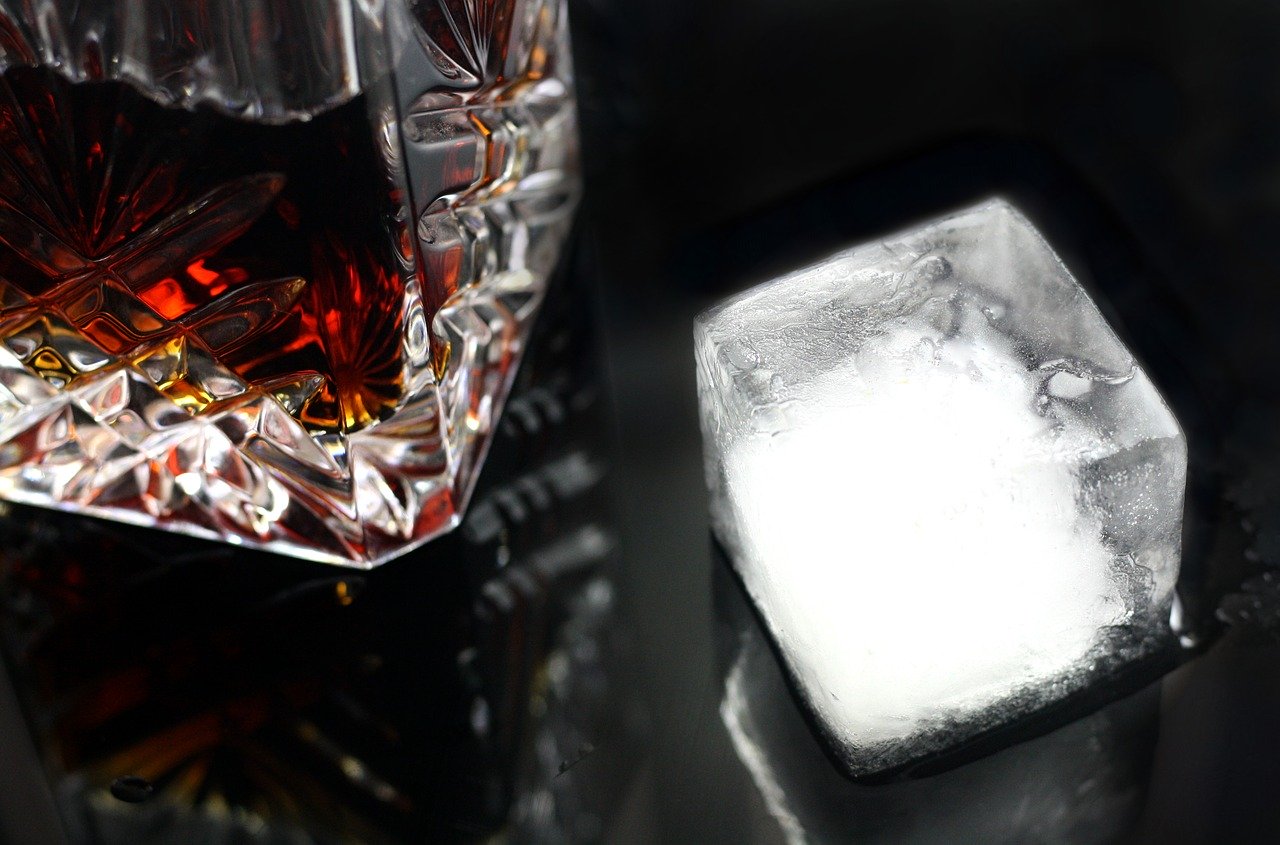 Very large ice cubes should be used as they melt slower. This gives you more time to enjoy your whiskey before the ice melts and excessively dilutes the flavor of the spirit.

Where Did The Term ‘Whiskey On The Rocks’ Come From?

Some whiskey purists believe that the term “on the rocks” comes from an old Scottish tradition of adding stones chilled by the mountain snow to whiskey to cool it down. However, it is more likely that the term was coined in the 1940’s to describe adding ice (commonly called “rocks” at the time) to spirits.

Why You Should Drink Whiskey on the Rocks

Drinking whiskey on the rocks is one of the best ways to enjoy the pure flavor and aroma of a great whiskey.

There are no flavored mixers to interfere with the taste of your whiskey, only water. This lets you fully enjoy the spirit and appreciate its quality.

The presence of water can enhance the whiskey

Adding water to whiskey can “open it up” releasing even more delicious flavors and aromas than the straight spirit would deliver.

This theory is backed up by the science, as researchers discovered that a molecule named guaiacol moves to the top of the glass when water is added to whiskey. This molecule can intensify the smell and taste of spirits.

Takes the edge off the alcohol

The dilution that water provides can make the flavor of the alcohol less intense. This lets you taste more of the other flavors in the whiskey as alcohol won’t be dominating your taste buds. This is why high-proof bourbon whiskeys like Knob Creek will benefit from ice or water more than softer bourbon whiskeys like Maker’s Mark.

Chills your drink and rehydrates your body

Drinking chilled whiskey can be more refreshing during the warmer months. The presence of ice also has the added benefit of hydrating your body, which is useful during hot days in the middle of Summer. 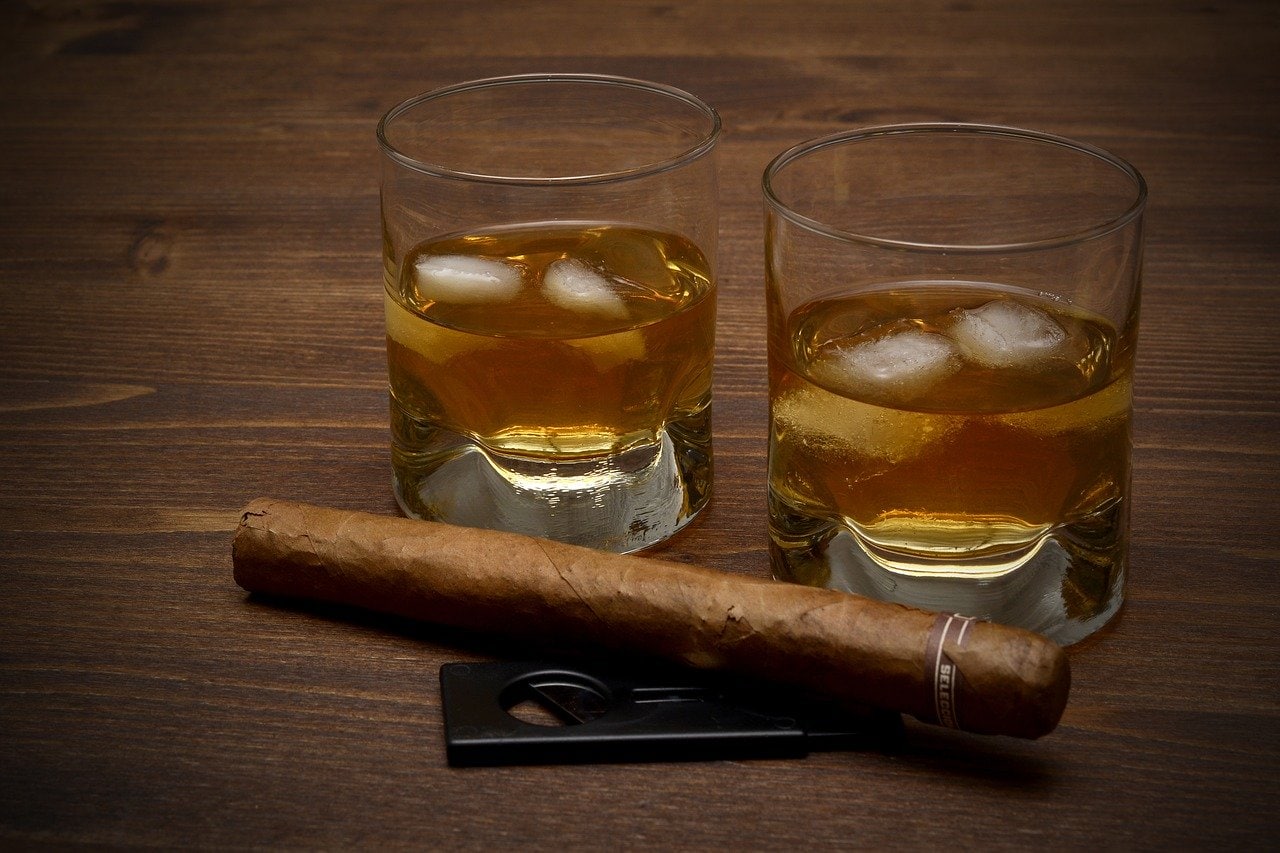 …and Why You Shouldn’t

The dilution of your drink keeps changing

The trouble with putting ice in your whiskey is that it will continue to melt — which continually changes the dilution of your drink. If you don’t drink it fast enough, your whiskey will move past that “sweet point” where the whiskey is perfectly diluted and will turn into “whiskey flavored water”.

This is an absolute tragedy if you are drinking a high-quality whiskey. This is why most whiskey aficionados frown upon mixing ice with whiskey.

Instead, they prefer to drink it neat or with a small amount of spring water (sometimes chilled). If you are drinking a mediocre whiskey, this is less of an issue.

Whiskey that is too cold won’t taste as good

Many whiskey purists believe that adding ice to whiskey can make it too cold. This anaesthetizes the tongue and causes the drinker to miss the deeper complexities of the spirit.

Despite the potential drawbacks of drinking whiskey on ice, it can still work well. Many whiskeys benefit from ice, particularly on a warm day. Try your favorite whiskey with ice to see if you find it enjoyable. When it comes to whiskey, the only thing that really matters is how much you are enjoying your drink.