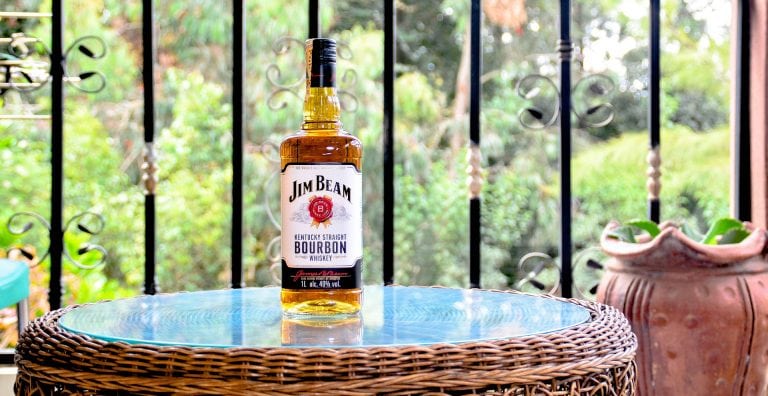 Few brand names have the longevity, global appeal, and timeless quality of Jim Beam. Having been one of the leaders in not only bourbon, but the spirit market as a whole, for nearly a century now, Jim Beam has seen remarkable growth and development, but one thing has remained unchanged—the quality of the bourbon.

This is perhaps down to the fact that the mash bill and flavor profile has remained pretty much unchanged since the days when Jim Beam was just a fledgling family business! Which in a way, it still is, despite having been acquired by drinks giant Suntory, Jim Beam remains a family-run and helmed distillery, having been passed down over seven generations.

With its subtle notes of vanilla and caramel, and piney forest spicing from the charred oak, you know exactly what you’re getting with Jim Beam bourbon.

An Orange Delight: The Kentucky Sunrise

This is a mixed drink that will catch the eye of many a partygoer if you choose to serve it or to simply provide a delicious and visually delightful experience for yourself if you make it at home.

True to its name, the Kentucky Sunrise is layered with vibrant hues of orange and red, all achieved with nothing more than a mixer and a little touch of a timeless classic syrup.

Our only recommendation is that you use natural orange juice, and stay away from those with cloying artificial sweetness.

To make a Kentucky Sunrise mixed drink, pour 1 part Jim Beam Bourbon, and 3 parts orange juice in order and over ice into a highball glass. Then, to achieve that swirling sunrise aesthetic, float a small amount of grenadine syrup over the Jim Beam and orange juice.

The Signature: Jim Beam And Coke 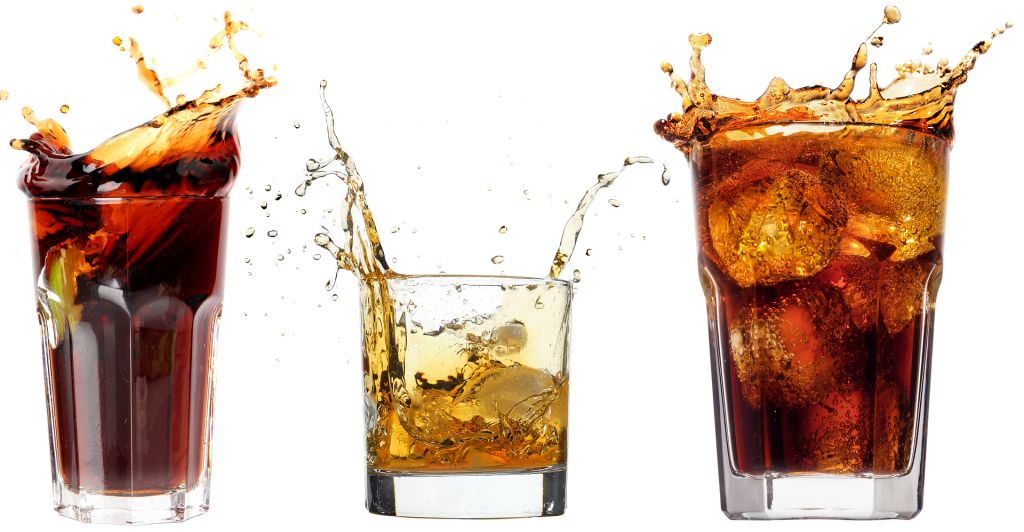 A good mixed drink should speak for itself, with a simple and effective flavor pairing that works so well you’d think they were made deliberately for each other. Which explains why Jim Beam and Coke is one of the most popular mixed drinks in the world!

With those sweet and spicy oak notes paring so well with the unique and unbeatable coke taste.

There is, of course, the temptation to spice things up and we’ve certainly got some more adventurous pairings coming up, but when it comes to this mixed drink, the less you do the better, which is why we think Jim Beam is an amazing mixer with Coke.

Its flavor profile is reliable and delicious and will deliver a reassuringly familiar drinking experience.

To make a Jim Beam and Coke, fill a highball glass with ice, pour in 1 part Jim Beam Bourbon to 2 parts Coke, and add a lemon wedge either on the side or in the drink itself for a citrus garnish.

An Adult Twist On A Childhood Comfort: Jim Beam And Milk

If there’s one idea that’s sure to prove to be the perfect combination of nostalgia and fun, as well as being absolutely decadently delicious, it’s the boozy milkshake.

The key, of course, is trying to find a spirit that can lean into those emotions, one with a sweeter palate that doesn’t sacrifice quality, which is where those classic Jim Beam notes of vanilla and caramel come in—making this Jim Beam milk punch is the perfect take on that concept, with its homely combination of sweet notes.

Freeze until it resembles a slushy or thick milkshake, and serve in a chilled glass with whipped cream and a dusting of cinnamon or chocolate syrup on top.

Ah, lemonade, and not the overly sweetened artificial variety, we’re talking cloudy, old-fashioned, lip puckeringly sour but still just sweet enough to dance on your tongue, lemonade. And that’s the kind that makes for the ideal summer evening mixer with a lovely splash of the American classic, Jim Beam Bourbon.

When pairing Jim Beam with lemonade it’s doubly important to avoid too sweetened options, the bourbon itself will provide plenty of caramel and vanilla, so there’s no need to double down! 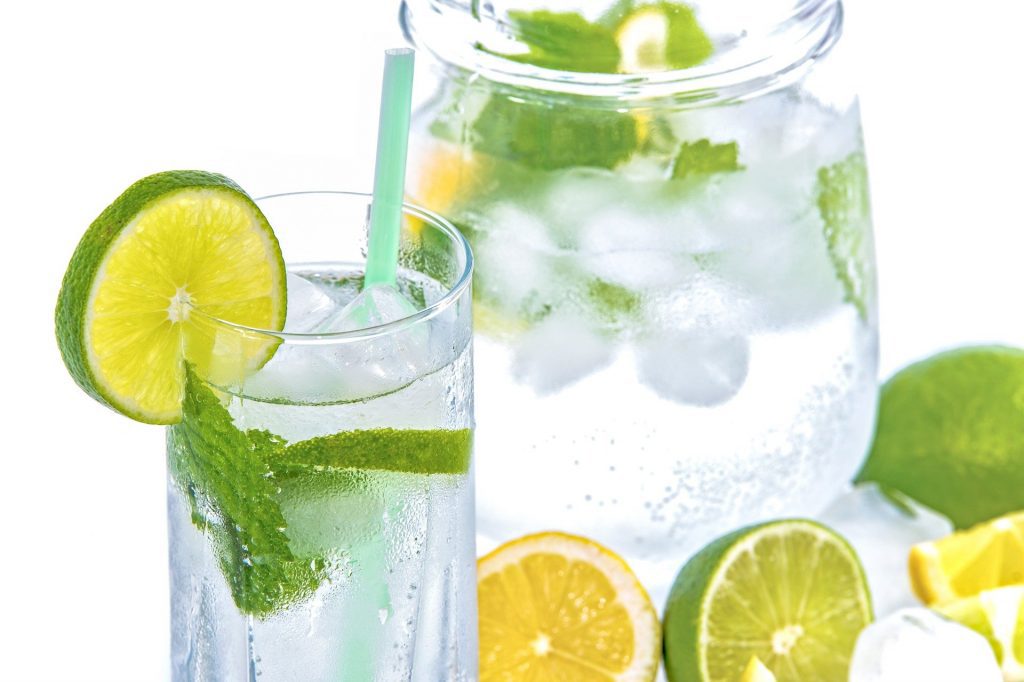 To make a Jim Beam and lemonade mixed drink, simply combine 1 part Jim Beam to 2 parts of either homemade or high-quality lemonade in a glass over ice, and garnish with a wedge of lemon on the side to finish.

Bourbon has an air of the quiet drinker about it, it’s not a party alcohol in the same vein as tequila or vodka, but it absolutely can be!

All you need to transform it into something that will get the party started the right way, is a good mixer, and we have just the solution in the form of the turbocharged Monster energy drink.

To make this invigorating mixed drink, pour 2 parts Jim Beam Bourbon to 3 parts of Monster energy drink, or your preferred brand, into an old fashioned glass over ice, and serve

For Sipping On The Porch: Jim Beam And Watermelon

Few things are as refreshing as biting into a juicy watermelon, those clear and crisp flavors, the summer air all around you, but we’ve found a way to recreate that no matter where you are, with this Jim Beam bourbon and watermelon, mixed drink.

The gentle sweetness of the watermelon is a great compliment to the bourbon in this drink, but it can be hard to find in season. So we recommend using a good quality watermelon juice, such as Tropicana.

To make this Jim Beam and watermelon mixed drink, pour 1 part Jim Beam bourbon and 3 parts watermelon juice over a glass with ice, add a squeeze of fresh lemon, stir gently, and garnish with a sprig of fresh mint to finish. 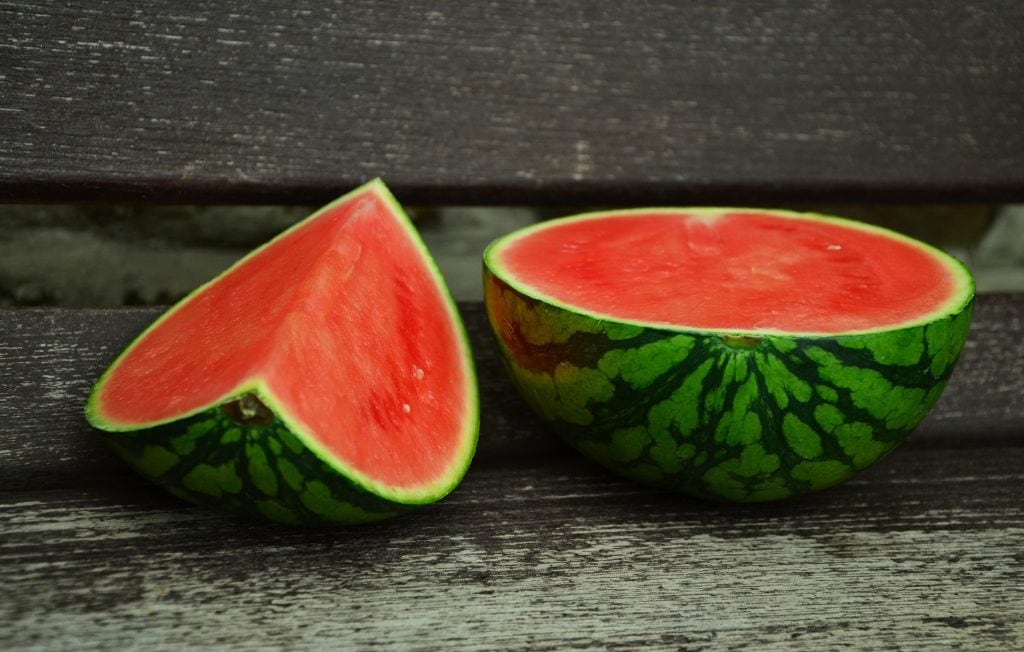 A Smoky Mule: Jim Beam And Ginger Beer, With A Twist!

Ginger beer is a classic mixer, one that will pretty much go with anything! But that doesn’t mean we should shy away from experimenting, which is why we’ve channeled those classic smoky barbecue flavors that Jim Beam bourbon complements so well, into a mixed drink with a surprising garnish—candied bacon!

First of all, you’ll need to make some candied bacon in advance, but don’t worry, it’s also an amazing burger fixing! To do this, cook the bacon at 375 degrees for around 15 minutes, coating generously with brown sugar and liquid smoke.

Once the bacon has cooled, assemble your mixed drink by placing a slice or two inside a cocktail glass with crushed ice, and steeping 1 part Jim Beam bourbon alongside it, leaving it to integrate for 10 minutes. Then add 3 parts ginger beer, a squeeze of fresh lime, and stir lightly.