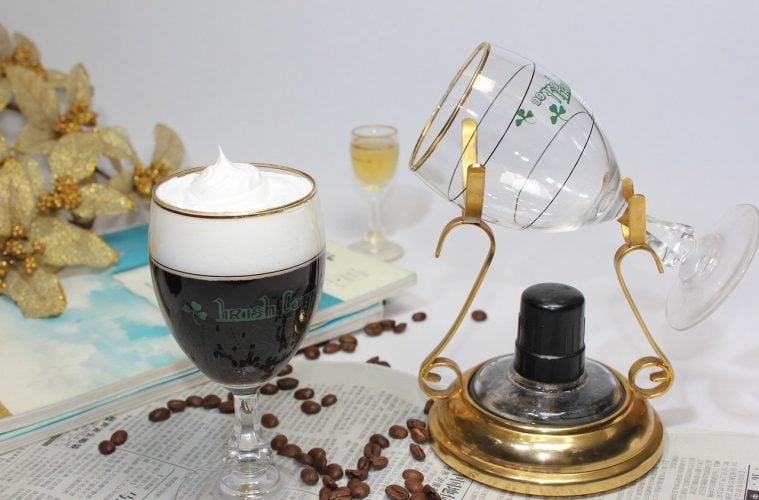 Although most people tend to associate Scotland with whisky, the Irish are just as devoted to it and enjoy whiskey in all of its forms. The earliest distilleries in Ireland can be traced back as far as the 17th Century and many of the advancements in whiskey production have come from the Irish.

The Irish love whiskey so much that they put it into almost everything. That’s why we have Irish Cream Whiskey, Irish Whiskey Cake, Irish Whiskey Soda Bread, and of course Irish Coffee (which includes a healthy amount of whiskey).

In this post, I’m going to delve into the history of Irish Coffee, explaining where it came from and how to make a traditional Irish Coffee.

The History of Irish Coffee

Historians believe that Irish coffee was first invented in 1943 in Foynes, which is located to the west of Limerick, Ireland. Foynes is home to one of Ireland’s major airports which often received transatlantic flights in the 40’s.

The planes would often stop at the airport simply to refuel, before heading off to another part of Europe. However, in many cases, people would stay in Foynes due to bad weather or flight delays. To accommodate these guests, a new restaurant and hotel was built.

One evening in the winter of 1943, a plane was forced to turn back to Foynes due to bad weather. A chef named Joe Sheridan was working at the restaurant at the time and welcomed some very cold and miserable looking passengers into the establishment.

He decided to make the passengers something to keep them warm and lift their spirits. So, he brewed some fresh coffee before combining it with sugar, Irish whiskey, and cream.

According to the legend, the passengers became silent as they enjoyed this delicious beverage. After a few moments, the following exchange between a passenger and the chef occurred, which gave Irish coffee its name:

Chef Joe’s drink became a huge success and a staple of the restaurant, which many travellers enjoyed over the years. 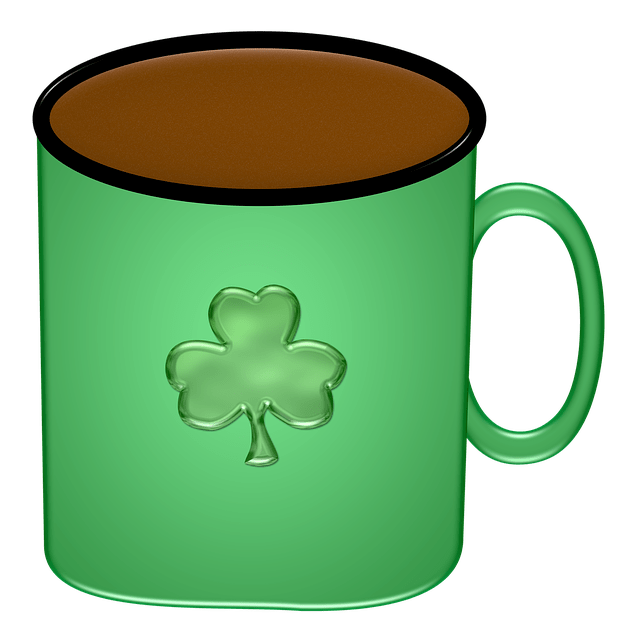 Irish Coffee made its way to the United States in the early 1950s after travel writer Stanton Delaplane wrote about it.

Stanton later persuaded a bartender named Jack Koeppler, who was working at the Buena Vista Hotel in San Francisco at the time, to try making it.

Unfortunately, they couldn’t get the recipe right as the cream kept sinking to the bottom of the coffee.

Puzzled by his failure, Koeppler travelled to Ireland to meet with Chef Joe Sheridan, who showed him the correct way to make Irish Coffee.

He brought this knowledge back to the United States and the drink became extremely popular.

How To Make Irish Whiskey:

To really get the most out of your Irish Coffee, it is essential to use high-quality coffee beans which are freshly brewed. This will give the coffee a lively flavour that works perfectly with the sweetness of the brown sugar, abundant whisky flavours, and the delicious cream topping.