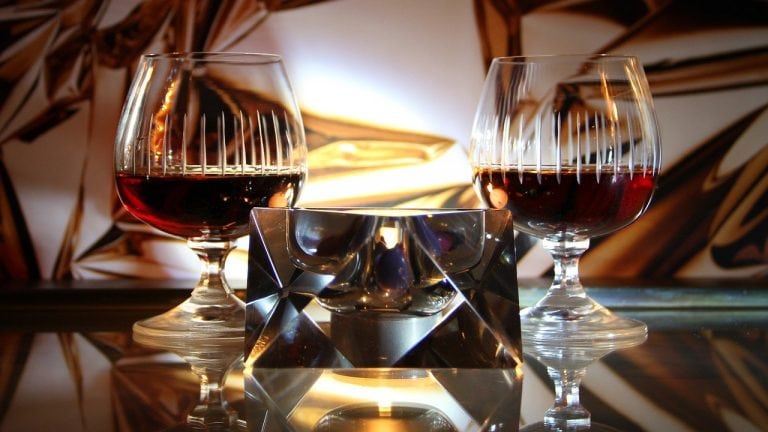 Cognac and whiskey are both popular drinks with a wonderful aroma, full body, and strong flavor. But they are often confused with one another by consumers because of their similar appearance. In this post, I’ll take a closer look at cognac and whiskey, explaining the most important differences between these delicious spirits.

Cognac is a type of brandy that is made in the Cognac region of France. Like all brandies, it is made from a distilled mash of fermented fruit or fruit wine.

The mash or wine used to make Cognac must come from 90% Ugni Blanc, Folle Blanche or Colombard grapes. The other 10% can be any combination of Folignan, Montils, Jurançon blanc, Meslier St-François, Sélect, or Sémillon grapes.

The wort created by the mash (or the wine) is then distilled at least twice to create a colorless spirit with approximately 70% alcohol content. Traditionally, Charentais copper alembic stills would be used for this distillation process.

The distilled solution is then placed into Limousin oak casks to age for at least two years. During its time in the cask, the Cognac changes flavor as the compounds in the liquid interact with the oak.

After aging, Cognac is about 40% ABV. It can be bottled or blended to alter its flavor. The finished product looks very similar to whiskey, with a dark amber color. It will contain some sweet flavors like honey, caramel and vanilla, which are also present in certain whiskeys.

Whiskey refers to a spirit that is distilled from a fermented grain mash (grains, water, and yeast) and aged in a wooden barrel.

There are many types of whiskey, including Scotch whisky, Irish whiskey, bourbon whiskey, rye whiskey, and so on. The main difference between each whiskey being which grains it uses, where it is made, how it is distilled, and how long it is aged.

Several countries have established rules about which kinds of spirits can receive a certain name. For example, Scotch whisky must be produced in Scotland from a mash that only contains water and malted barley, and aged in oak casks for a minimum of 3 years.

Some of the grains used to make whiskey include corn, rye, malted barley, barley, and wheat. Many whiskeys will use a blend of several grains, with the dominant grain determining how the whiskey is classified.

The machine process releases the sugars from the grains, creating a sugary “wort”. The wort is then fermented to create a “wash”. The wash is about 5 to 10% ABV and is identical to wort which would be used in beer making. The key difference is that whiskey distills this the wash instead of brewing it to make beer.

The wash is distilled at least twice (three times for some whiskeys). Certain types of whiskey must be distilled in stills of a specific design and size.

The whiskey is then aged in barrels for several years. The types of barrels used and duration of the aging process will also vary between different whiskeys.

The many varieties of whiskey that are available have a huge diversity of flavors and aromas. They range from very strong and smokey Scotch whiskies through to extremely sweet and delicate bourbons.

What Are The Main Difference Between Cognac and Whiskey? 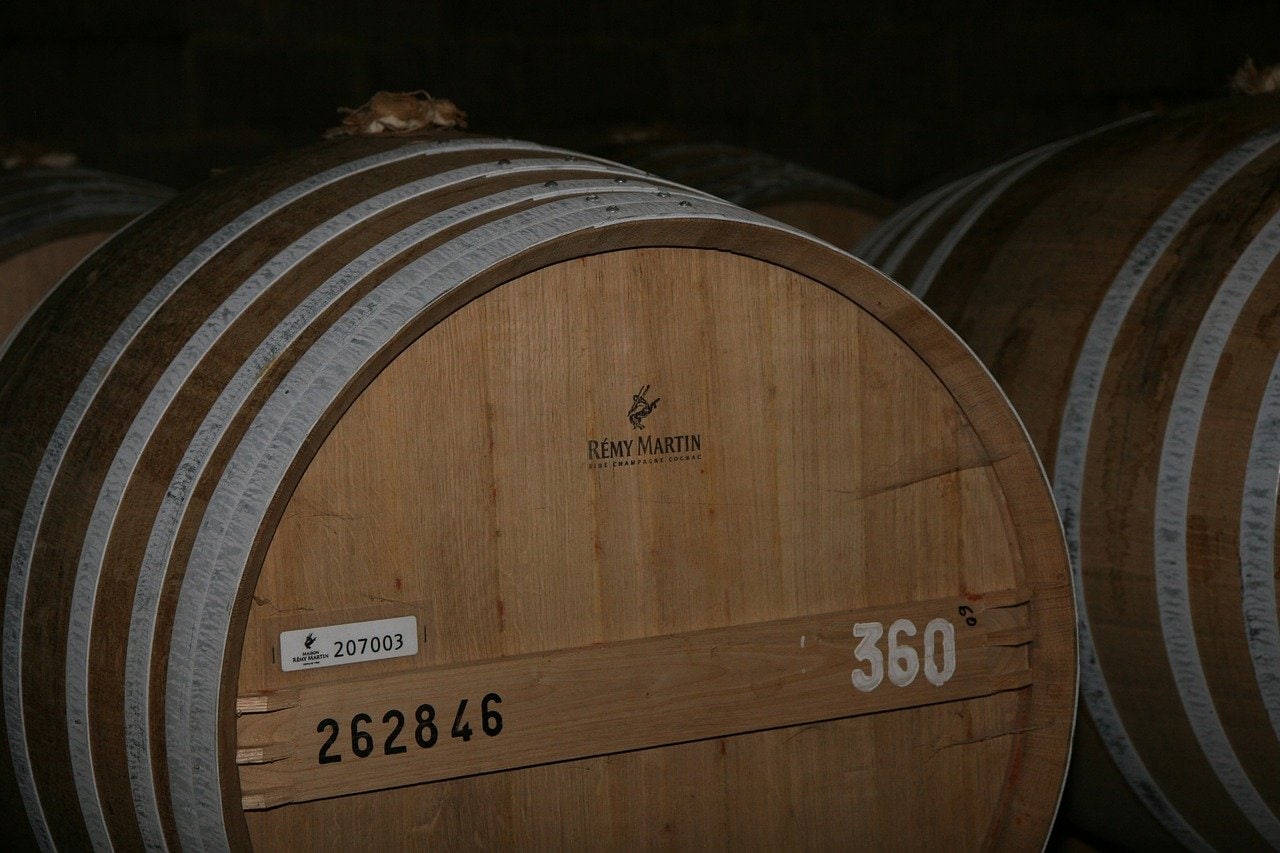 The most significant difference between cognac and whiskey is the ingredients used in the mash. The whiskey mash consists of grains mixed with water and yeast, while the cognac mash consists of fruit (white grapes), water and yeast. The whiskey mash produces a wort, which is also a precursor to beer, while the cognac mash produces a bitter white wine.

Cognac is distilled using Charentais copper alembic stills. Whiskey, on the other hand, can be distilled using a pot still, column stills, or hybrid stills (which can be used as a pot still or plated column still). Some whiskeys must use a specific type of still (Scotch must use pot stills), but there is much more diversity in the distillation techniques which are used.

They Smell and Taste Different

There are some similarities in the flavor profile of certain whiskeys and cognacs. You will find that some whiskeys have flavors and aromas of citrus peel, vanilla, and spices — which can also be found in cognac.

However, because cognac started its journey as a grape, it typically has a much wider spectrum of fruit and floral aromas. You can smell and taste banana, apricot, prune, fig, rose petal, and honeysuckle in an average cognac.

You won’t taste any pervasive smokiness, tobacco, or malty flavors in cognac, as you would find in Scotch whisky.

Both Cognac and Whiskey will be aged in wooden barrels or casks. However, whiskey tends to spend a lot more time aging. It’s common for whiskey to be aged anywhere between 3 to 50 years. Cognac is usually aged between 2 to 6 years.

Another point of difference is that cognac uses special terminology to specify how long it has been aged. Cognac is labeled as:

Cognac Comes From A Different Place

All Cognac must be made in Cognac, France. Generic whiskey can be made anywhere, however, there are geographical restrictions on the production of certain whiskeys including: