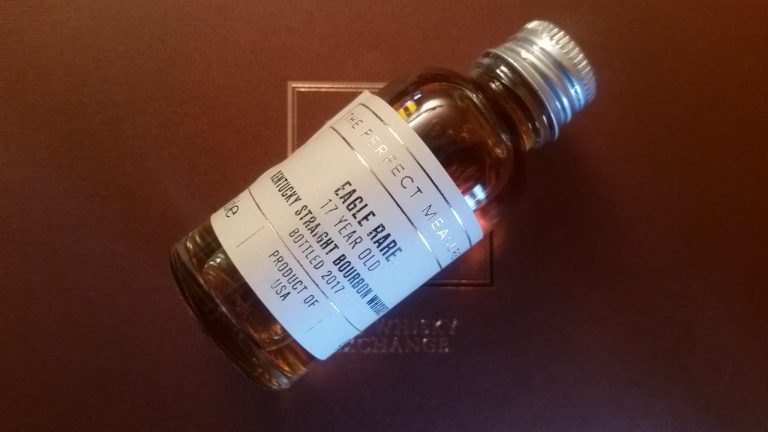 Third up in my reviews of the 2017 BTAC collection is the Eagle Rare 17. The 10 year version is one of my favorite affordable bourbons ever though there was a bad batch of them recently and I did pick up a terrible bottle but that aside I love it and always have a bottle in.

I was therefore extremely excited about trying this. I have to say though it seems to be the least talked about of all the BTAC collection and I think that it has underwhelmed quite a few people. I guess because any of the collection are so hard to get hold of and often come with a heavy price tag a lot is expected of them.

Anyway, without any further ado lets get down to it!

Burnt sugar, vanilla fudge, cherry, blueberries, some dark fruits but not as much as I usually get from the Eagle Rare 10, it’s understandably woodier. It has a nice crème brulee quality to it as well.

One of the things I love most about the eagle rare 10 is it is always very fruity with heavy dark fruits which you don’t get to anywhere near the same extent with this which is a shame, but it has a sweeter and woodier profile.

It’s a very enjoyable drop but for the price, you would have to pay to get hold of a bottle (even if you were lucky enough o get one at retail pricing) I think I would rather just get an Eagle Rare 10 and buy another bottle or 2 with the rest of the money. It just isn’t special enough for me and I would go for any of the other 2017 BTAC over this too.

We earn a small commission if you click the above link and go on to make a purchase. This helps us to run the website and buy more bottles to review for you. Our opinions are unaffected by this, if we don’t rate the whiskey we will say so. It does not affect the price you pay.