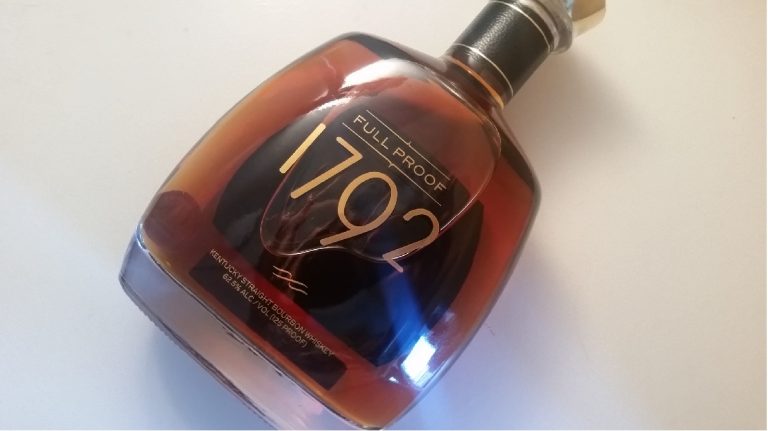 This little beauty scooped the “Worlds Best Bourbon” award at the Whisky Magazine 2018 World Whiskies Awards and has been talked about a lot ever since.

Now all that means nothing to me, I’ve tasted whiskeys after they have been hyped before and not been impressed, I guess you would say I’m a cynic until I taste for myself. It’s newfound fame did endear me to it though, I must admit and I it was with surprising ease that I found myself separated from my hard earned cash when I saw a bottle available for a good price, I snapped it up to see what all the fuss was about.

Situated in Bardstown, Kentucky, in the heart of Bourbon country, Barton 1792 distillery was established in 1874 by Ben Mattingly. He chose the site because positioned within it was a natural water spring called Morton’s Spring. Today the operation has the honour of being the oldest, fully functional distillery in Barton.

Sited on a 192-acre estate, with 51 buildings, 29 of which are warehouses dedicated to barrel aging, the “1792” in the distillery’s name is in remembrance of the year when the county of Kentucky officially became part of the United States.

The distillery produces a range of well-loved bourbon products, the most celebrated of which is 1792. In recognition of this, the distillery’s name was changed in 2009, from the Thomas Morre Distillery (the name of a former owner) to the Barton 1792 Distillery.

“Yeah, cool story bro but is it any good?”

Well, there is only one way to find out, my impatient friend. Have a read of my review of the 1792 Full Proof and I promise the chase will be well and truly cut to:

“Bourbon insiders have long acknowledged that full proof bourbon has a distinctly rich flavor. This bourbon has been bottled at its original 125 barrel entry proof, just as it was years ago, when the barrels were first filled. Strong and full of flavor, this bold bourbon boasts an incredible deep and smoky taste, superbly balanced with sweet vanilla and notes of caramel.”

Toffee, butter, melted milk chocolate, notes of a full-bodied red wine. The alcohol burn is there, and you know about it but it’s not as huge as you might expect for the high proof. There’s also some salted caramel and fresh bread dough.

It’s an assault of flavors. First things first, it is hot and lively, you KNOW this is a full proof now. I’m a fan s I love it but may be too hot for some. Classic caramel flavors with chewy fudge and dark fruits. Marzipan, sticky toffee pudding, quite a healthy dose of rye spice and some nice vanilla. Bold.

Waves and waves of caramel and oak boomerang around your mouth. There’s a hint of tobacco then some sweet port on the final crescendo.

An amazing and ballsy bourbon that lights up the palate with flavor. There’s a lot going on and it all works well together, though as said it may be a little on the hot side for some.

Everything about it is classy, from the eloquently designed bottle to the deep caramel orange hue of the juice to that awesome flavor profile. A class act.

Is it the best bourbon of 2018? Not sure about that but it is exquisite, and you should try and get hold of a bottle if you can.