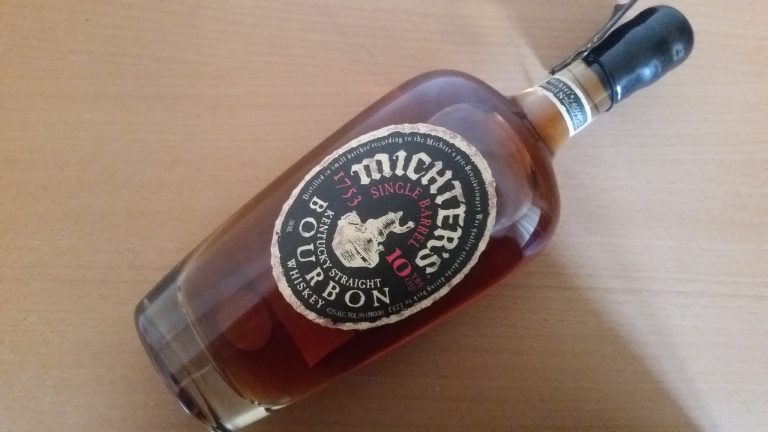 Michters is one of the big boys of the bourbon world and their offerings are generally considered to be high quality with its premium bourbons such as the Michters 10, 20 and the rare 25 year are often much hyped and revered.

I haven’t tried the 20 or 25 year versions but had had the 10 in bars on a couple of occasions and really enjoyed it, in fact the first time I tried it I was really impressed and made a note to look out for a bottle of it.

It is a little pricey but when I saw on available just before Christmas I did the usual “Why not it’s Christmas” line of self-persuasion. I ended buying 8 bottles in December using that line! It’s all good it meant I could really build up the bourbon reviews on WhiskeyBon

Anyway, enough of the gibbering, here is my review of the Michters 10 Year Bourbon:

“We are proud to offer you our rare 10 Year-Ol Single Barrel Bourbon. In the Michters tradition hailing from one of America’s first distillers, this bourbon is made from the highest quality American corn and aged for 10 years in a hand-selected charred white oak barrel until it meets our exceptional quality standards. It is then further mellowed by our signature filtration.” 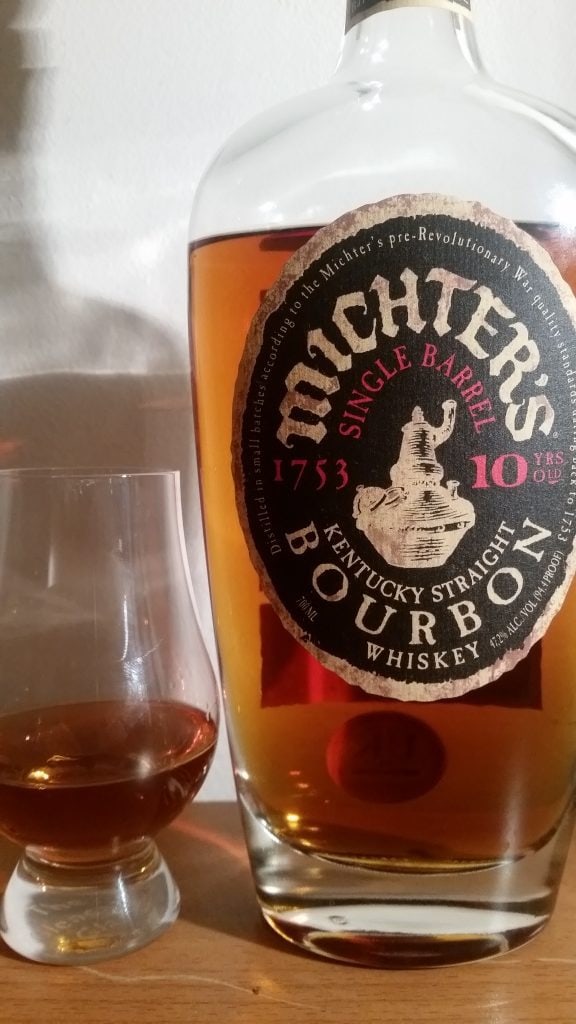 Burnt caramel, Honeycomb and fruit cake with a hint of something forresty and freshly cut leaves. Really great nose.

It’s a caramel bomb as many of the Michters range tend to be, there are hints of fresh blueberries which I can honestly say I’ve never had from a whiskey before, then some candied orange peel, caramelized sugar and juniper beans.

It is good but not as good as I was expecting, there is not as much depth as the Smooth Ambler 10 that I reviewed around the same time and that was half the price of the Michters 10.

Grated white chocolate, with more caramel and a hint of cherry liqueur.

The nose alone probably makes it worth it, I could sit nosing this for hours.

It’s a bit like the Sazerac Rye x 10. It’s very smooth and I think it would benefit from being bottled at a higher proof to add some depth to what is an exciting array of flavors.

Overall, it’s a great bourbon but I guess I expected slightly more for the price.

A really good whiskey that will keep you warm on a cold December night but not as spectacular as I was expecting, probably wouldn’t get another bottle of the 2017 release but I will buy future releases.