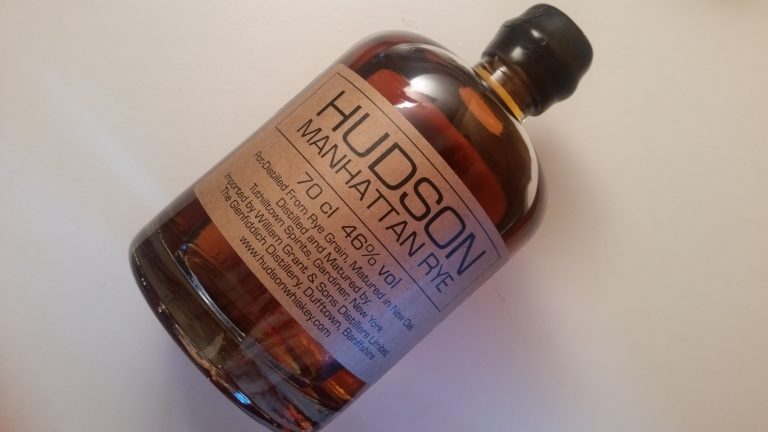 Hudson have always annoyed me a little bit, not because of their whiskey, up until buying this bottle I had never tried any of them. No, it was the way they managed to make people pay a standard whiskey price that you would pay for a daily drinker bottle but sneakily provide a half bottle for the same price and then put it in a fat bottle hoping no one would notice. The cheek of it!

Alas, I’m a forgiving man and if your whiskey is good enough I’ll pretty much forgive anything.

The Hudson range seems to get very mixed reviews, they are based in New York which seems strange for some reason, I don’t really think of it as a whiskey producing state for some reason. I often see the Baby Bourbon getting slated but what of this rye? How does it measure up?

Well luckily for you, I did the decent thing and picked up one of the new 70cl bottles for a bargain price so have read and see what I thought of the Hudson Manhattan Rye.

“Tuthilltown distillers are bringing back the historic Rye Whiskey for which New York was famous till Prohibition put an end to distilling. The Whiskey in this bottle is the first legal pot-distilled Rye to be produced in New York’s Hudson Valley in over 70 years. It was double distilled and aged in small American Oak casks for richness and depth of character.” 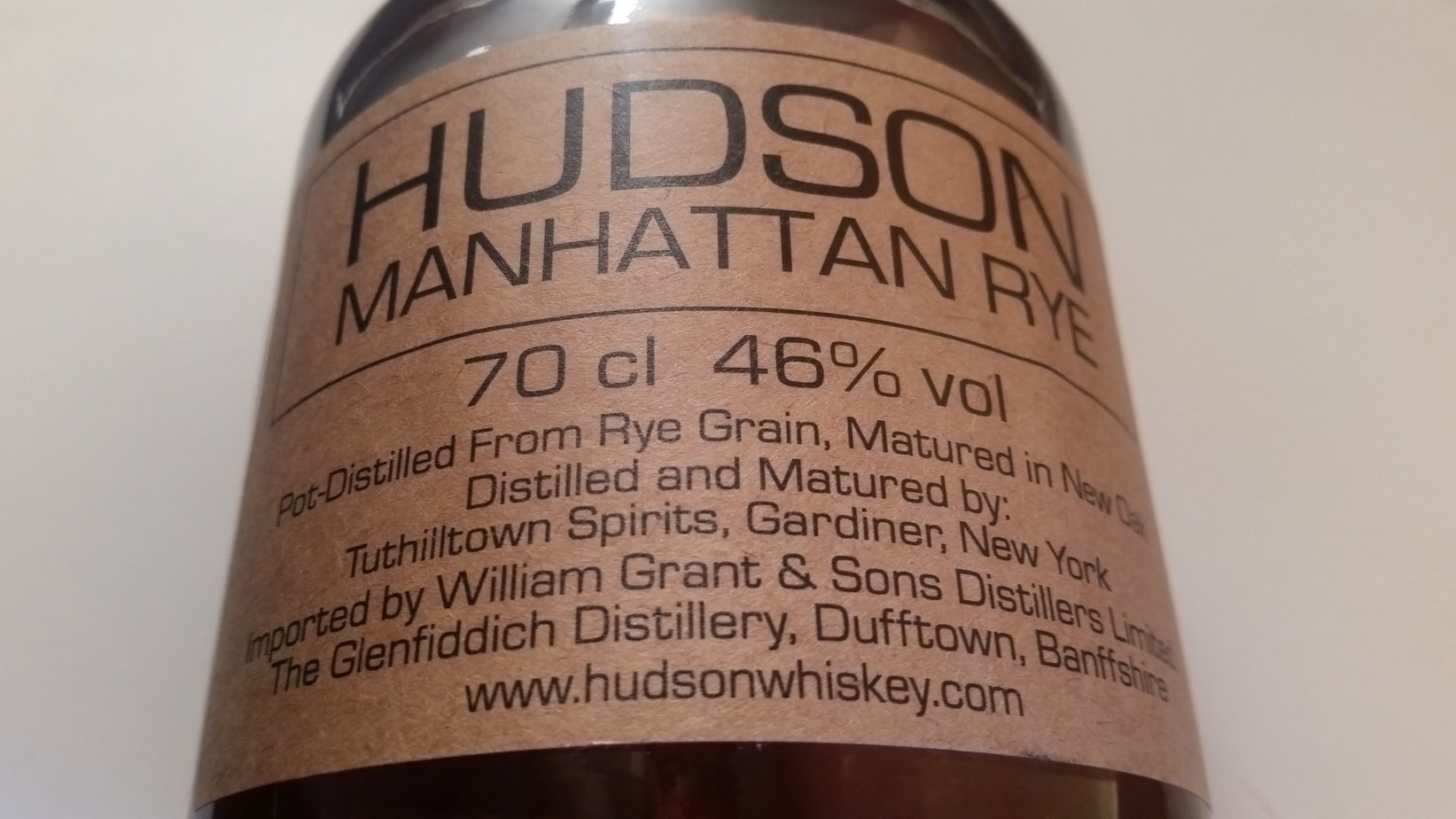 Fruity with white peaches, pears and lemons. Cereal and mint. There are none of the usual notes you get from a rye for me.

Lots of cereal, oats and more of the pear and peach that I got on the nose. Then the rye finally makes an appearance and it’s reasonably spicy. There is also some lemon curd and honey. It’s quite strange, reminds me of the Auchentoshan American Oak.

Not much, a little rye spice honey and a medicinal taste.

The biggest question I would have is “what the hell is this stuff?”. I usually like some uniqueness in a whiskey but this is just a little too peculiar for my taste. It’s honestly a bizarre flavour profile for a rye whiskey.

It is by no means terrible and I think it could be one of those Marmite type pours that some people will love but it’s not for me. Strongly suggest you try it somewhere before buying a full bottle.