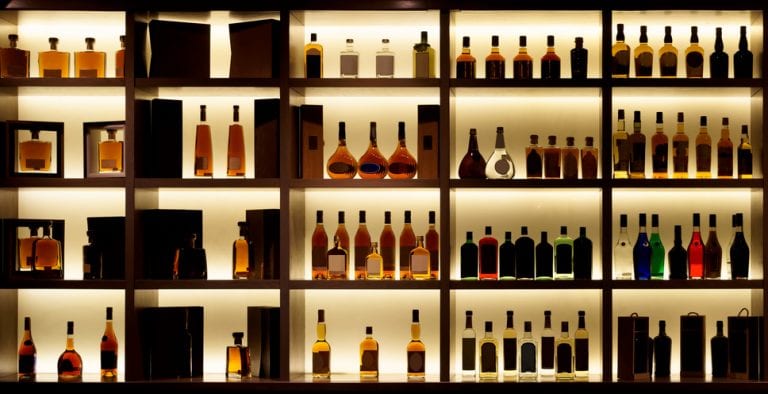 Bottles of spirits on a bar
Home
Blog

Most alcoholic drinks are made in a very similar way with differences in the ingredients used and the processes accounting for the difference in what ends up in the bottle. Spirits are all made using this process:

Some spirits then have an additional step of aging, some do not. And that is basically it, with these steps all the spirits can be made including whiskey, vodka, rum, gin, bourbon and tequila.

The core ingredient used and whether or not it is aged in oak barrels gives the resulting spirit its color and flavor profile and there are big differences in the end product of whiskey and some of the other big spirits:

The difference between whiskey and vodka

Vodka can be made from many different ingredients as long as they contain sugar and starches, possibilities include grains, potatoes and fruits though most commonly used are sorghum, corn, rice, rye or wheat.

Whiskey requires aging in oak barrels which gives it it’s color and influences its flavor.

Vodka does not require aging and is a clear liquid.

The difference between whiskey and brandy/cognac

Brandy, cognac and Armagnac are all of French origin and are made using grapes as the core ingredient as it is basically made by distilling wine as appose to the grain from which whiskey is made.

They are often aged in oak barrels similar to whiskey and can have a similar color.

The difference between whiskey and tequila

Tequila is made by the distillation of the blue agave plant which is native to Mexico and in particular the areas surrounding the city of Tequila. White Tequila is not aged and golden tequila is aged in oak barrels.

The difference between whiskey and rum

Rum is made by the distillation of sugarcane and this unsurprisingly often gives it a sweeter taste than whiskey although bourbon can also be sweet.

Rum is aged in oak barrels too. Rum originates from the Caribbean where the molasses and honey that are required to make it grow.