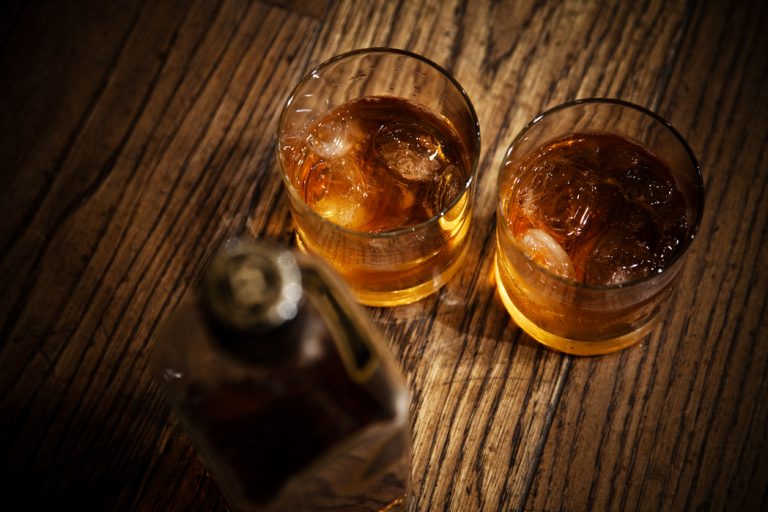 Rum and whiskey are two of the world’s most popular spirits. They are both strong drinks with a complex flavor profile and delicious aroma.

However, although they have a similar appearance, these spirits do vary greatly in terms of ingredients and taste.

In this guide, I’ll explain how rum and whiskey are made along with the key differences between these spirits.

Whiskey is a distilled spirit made from a fermented grain mash. The location of the distillery, the distillation method, and the types of grains used, will determine the type of whiskey produced.

All whiskey is aged in wooden barrels after distillation to improve its flavor. The most common types of whiskey are:

In addition to these different types of whiskey, there are sub-categories including: 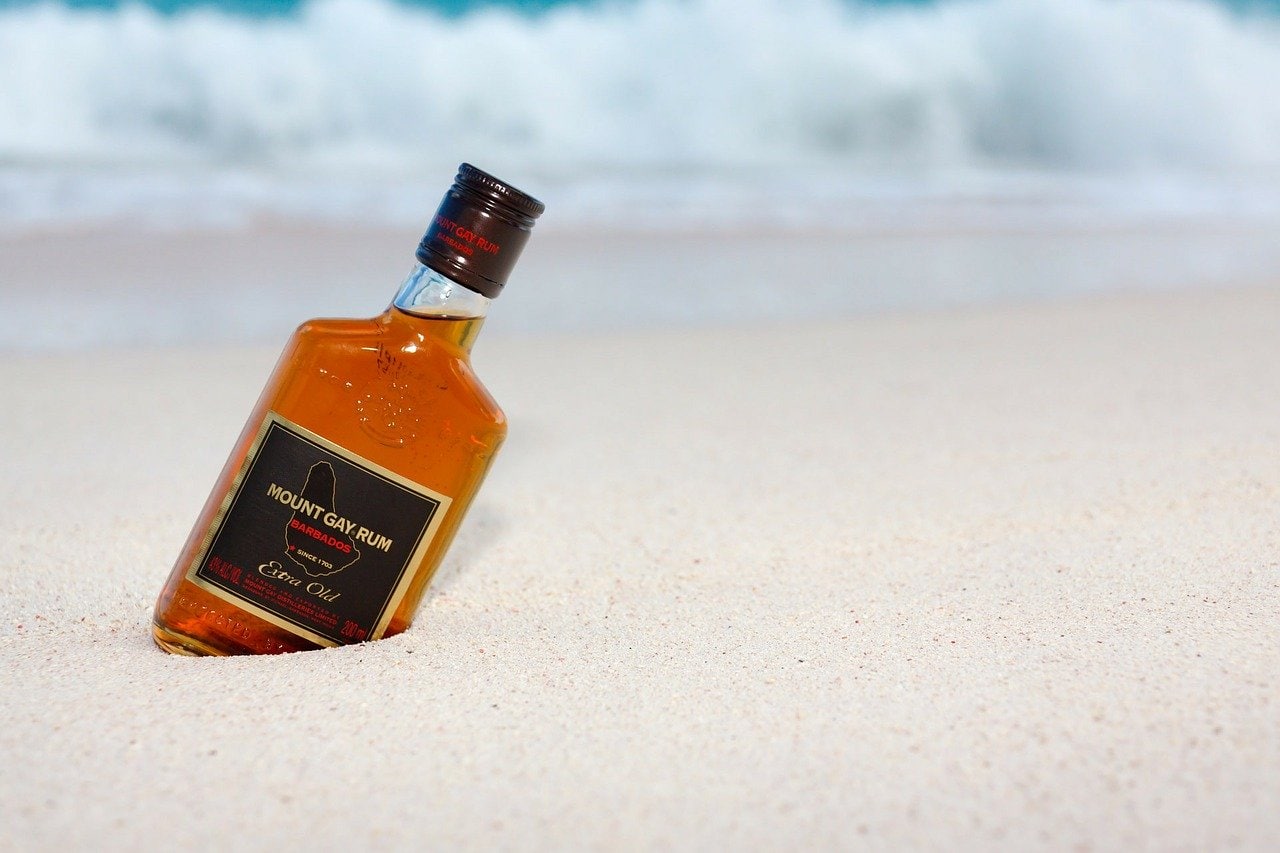 Rum is a distilled spirit created from sugarcane byproducts like molasses and sugarcane juice. It is produced using similar processes to whiskey, including fermentation, distillation and maturation. There are several types of rum including:

Differences between rum and whiskey

Whiskey is made from a fermented mash containing grains. The types of grains used will vary based upon the type of whiskey and the region where it is being produced.

Rum, on the other hand, is made from a fermented mash containing sugarcane byproducts like molasses or sugarcane juices. This is the main reason why the two spirits have such different flavors.

They taste and smell different

There are many different rum and whiskey products offering a wide range of flavors and aromas. However, rum usually tends to be the sweeter of the two spirits, with a rich and spicy flavor.

Whiskey tends to have more aromatics and retains oak flavors from its time in the barrel. Bourbon and run share the most similarities in terms of flavor profile, but most drinkers still find them quite distinct from another.

Whisky was first produced in Scotland in the late 15th Century. For many years afterward, it was primarily a product made in Scotland and Ireland.

Whiskey eventually made its way to the United States and by the late 18th century, rye whiskey was being made in large quantities in the U.S. Several new forms of whiskey were also developed over the years, including bourbon whiskey, corn whiskey, and sour mash bourbon whiskey.

Historians believe that rum was first distilled on sugarcane plantations in the Caribbean in the 17th century. It was discovered when plantation slaves realized that molasses, a by-product of sugar production, could be fermented into alcohol. Rum was also being produced in Brazil in the early part of the 17th century.

How Whiskey And Rum Are Made

Whiskey and rum are both distilled alcoholic spirits, so they are produced using a similar process:

All spirits require a source of starchy sugars. These sugars are used to create a fermented solution that is later distilled to make the spirit. In the case of whiskey, the starchy sugars are obtained from some form of grain. The grain must be cleaned and milled before it can be used in the whiskey production process.

For rum, the source of starchy sugars is a sugar cane byproduct, like molasses or sugar cane juices. These ingredients need to be processed or purchased by the distillery. Many rum distilleries are located close to a sugar cane mill, which makes it easier to obtain high quality ingredients.

The next step involves extracting sugars from the grains or cane sugar byproducts being used. If whiskey is being produced, hot water is added and the solution is gently agitated to produce a mash. Eventually, the starchy sugars in the grains will break down and be released into the water.

It is much easier to extract sugars from rum ingredients as molasses and sugar cane by-products release their sugar content very easily. Distillers simply add some hot water and stir the solution to release sugar molecules.

Once the sugars have been extracted, the solution is allowed to cool slightly before yeast is added. The yeast will begin to break down the sugars, turning them into alcohol and small quantities of a compound called “congeners”, which contribute to the spirit’s flavor. This solution, called the “wash”, is usually left to ferment for several days.

The alcohol collected after the first distillation is about 20% ABV. It is funneled off to a separate still to be distilled once more. This produces a spirit that is about 70% to 80% ABV. Some producers will distill their product a third time to create a smoother spirit.

Finally, the spirit is placed into a wooden barrel to mature. The type of wood used to make the barrels has an impact on the way it matures and certain products require a specific wood to achieve the desired flavor. Rum often uses white oak while whiskey manufacturers usually use charred oak. In some cases, spirits will be aged in casks that were previously used to hold sherry or wine.

While sitting in the barrel, a complex chemical interaction occurs. The alcohol content of the spirit will reduce, harsher flavors will mellow, and the timber will impart some flavor into the spirit.

How long the spirit is aged will depend on several factors including the type of spirit being produced and the climate where the temperature where the cask is located.

It’s common for whiskey to be aged anywhere from 3 years to 21 years. Rum tends to be aged less, often because the distilleries are located in warm environments like the Caribbean.

After spirit, the whiskey is placed in a bottle and is ready to be consumed.