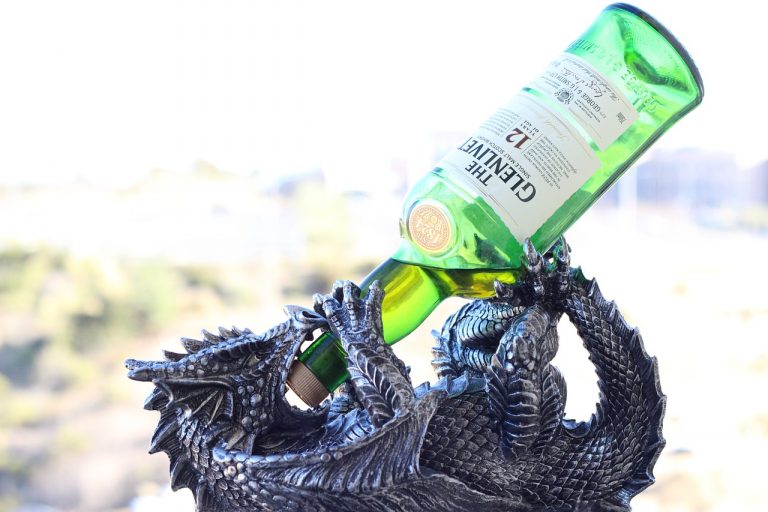 Whiskey aficionados are well known for collecting many types of whiskeys.  They will often have shelves full of interesting whiskeys dating back many years.  Opening one of these bottles is a special treat that they get to enjoy with family and friends.

But how long does whiskey last in an unopened bottle?

Does opening the bottle shorten its lifespan or change its flavour?

This article will answer these common questions and share a few tips for storing your whiskeys.

How long does an unopened bottle of whiskey last?

Theoretically, an unopened bottle of whiskey will last forever if kept in the right conditions.  Distilled spirits don’t spoil as wine or beer does.  However, this is somewhat dependent upon how the whiskey is stored.

Exposure to UV light may even cause free radicals to develop in the whiskey, which can tarnish the flavour of the whiskey.  Eventually, exposure to sunlight can cause evaporation, reducing the amount of whiskey remaining in the bottle and changing its flavour even more.  It is also common for whiskey exposed to sunlight to lose its colour.

How long does an opened bottle of whiskey last?

Once you have opened a bottle of whiskey the alcohol that is present will begin to slowly evaporate, which will make it taste smoother.  Having a smoother tasting whiskey is usually a good thing and the reason why people often decant a newly opened bottle of whiskey.

An opened bottle of whiskey will also begin to oxidise.  This is the process that occurs when oxygen interacts with the compounds within the whiskey.  This can have an unpredictable effect on a spirit, sometimes making it taste better, other times making it taste worse.

The amount of time that an opened bottle of whiskey will last can vary based upon the air to whiskey ratio in the bottle.  That’s because the oxidisation process will speed up when the ratio of oxygen to whiskey increases.  Most experts believe that a half-filled bottle of open whiskey will last between 1 to 2 years.  A quarter filled bottle may only last between 3 to 4 months.

The impact of oxidisation on whiskey is the reason why many collectors will transfer their open whiskey into smaller containers, so the ratio of oxygen to whiskey remains lower.  Doing this can add many months to the lifespan of an opened bottle of whiskey. 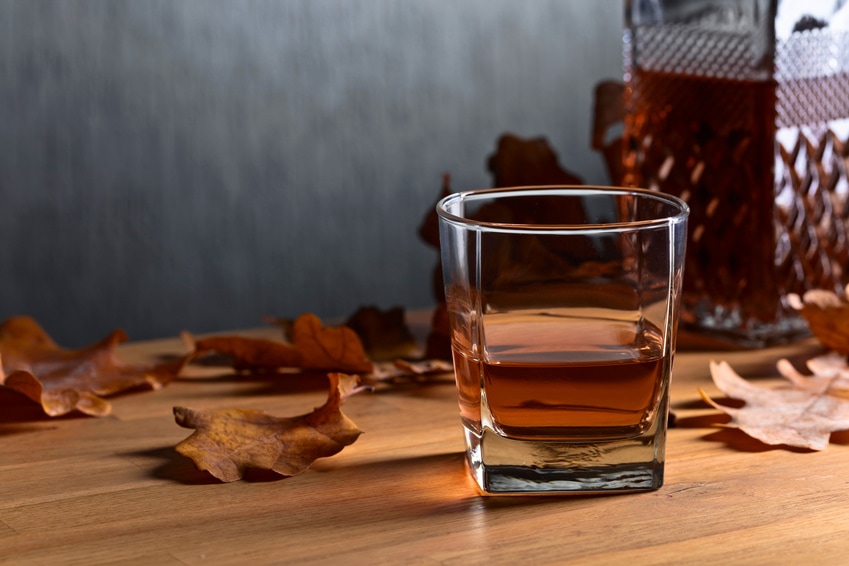 Does it age in the bottle?

Whiskey is different to wine, in that it does not age while in the bottle.  A whiskey that was aged for 12 years in a cask then placed into a bottle, remains a 12 year old whiskey — regardless of how many years later you open it.  The whiskey will not improve or deteriorate while in the bottle as long as it is kept in ideal conditions.

How to tell if whiskey has gone bad

It’s usually quite obvious if a whiskey has gone bad.  You may notice the following tell tale signs:

If an old whiskey looks or smells bad, discard it immediately.  If it looks and smells fine, taste a small amount to determine if it is safe to drink.  If it has a milder taste than usual, that is fine.  But if it has a sour, metallic, or other strange taste, discard it.

Here are a few simple tips that will help you maximise the length of time that your opened bottles of whiskey will last.