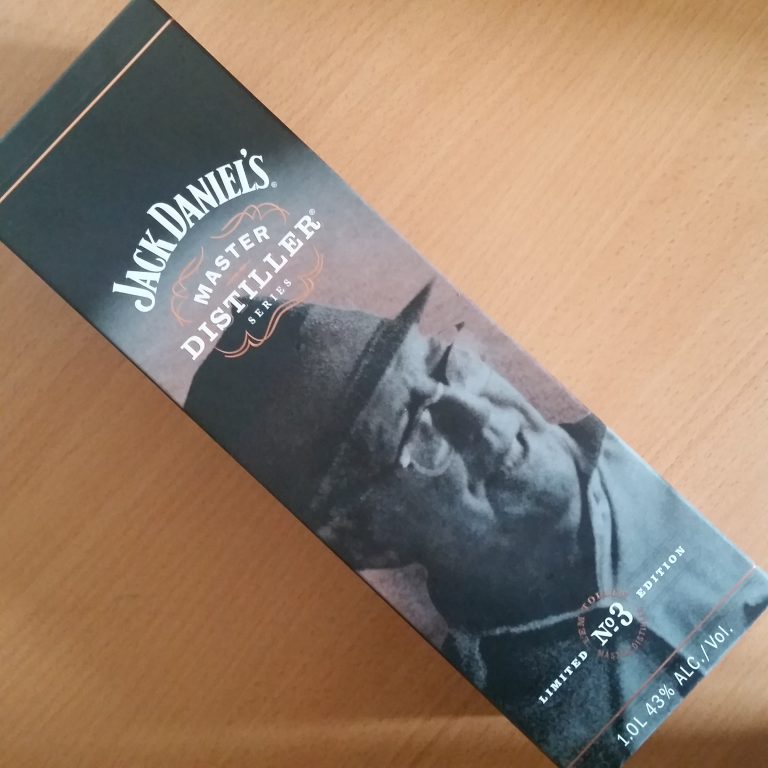 I’ve never much cared for Jack Daniels. Though to be fair for years I had only ever tried the No.7 for which they are best known and to me that is just a bad whiskey, I know some people love it but I just don’t like its flavour profile.

I have been avoiding reviewing any JD on here for that reason and also because of they old “is JD a bourbon” debate.

Now I really don’t know the answer to that it seems to me that it meets all the requirements of a bourbon but whether it actually is one I’ll leave up to the experts to debate.

The problem is, I didn’t want to have to create a new category just for Jack Daniels reviews so I’ve stuck this in bourbon, please don’t hunt me down JD is not bourbon crew!

Anyway, my girlfriend brought a bottle of Jack Daniels Master Distillers 3 back from the airport so here is my review:

The Jack Daniels brand of bourbon owes its beginnings to Jasper Newton “Jack” Daniel, who, in 1875, following receipt of an inheritance, founded and registered a distillery. In 1884, he bought the land and the hollow in Lynchburg, Tennesee, where the distillery is still situated.

As the 1880s rolled in, the Jack Daniels Distillery was one of 15 in Moore County and was the second biggest in terms of production. In 1897, Daniel started using the distinctive square-shaped bottles that bourbon lovers today recognize so well. It was originally created to represent a feeling of fairness and integrity.

The rest is, as they say, history. With world demand continuing to grow, in 2014, a new cooperage was opened in Lawrence Couty, Alabama, with the capacity to build hundreds of new handmade barrels per day. Having served their purpose in the aging of Jack Daniels Bourbon, many of these barrels are sent to Scotland and used by Glenmorangie. Others are shipped to different destinations to be used in the production process of Tobasco Sauce and flavoured rums. 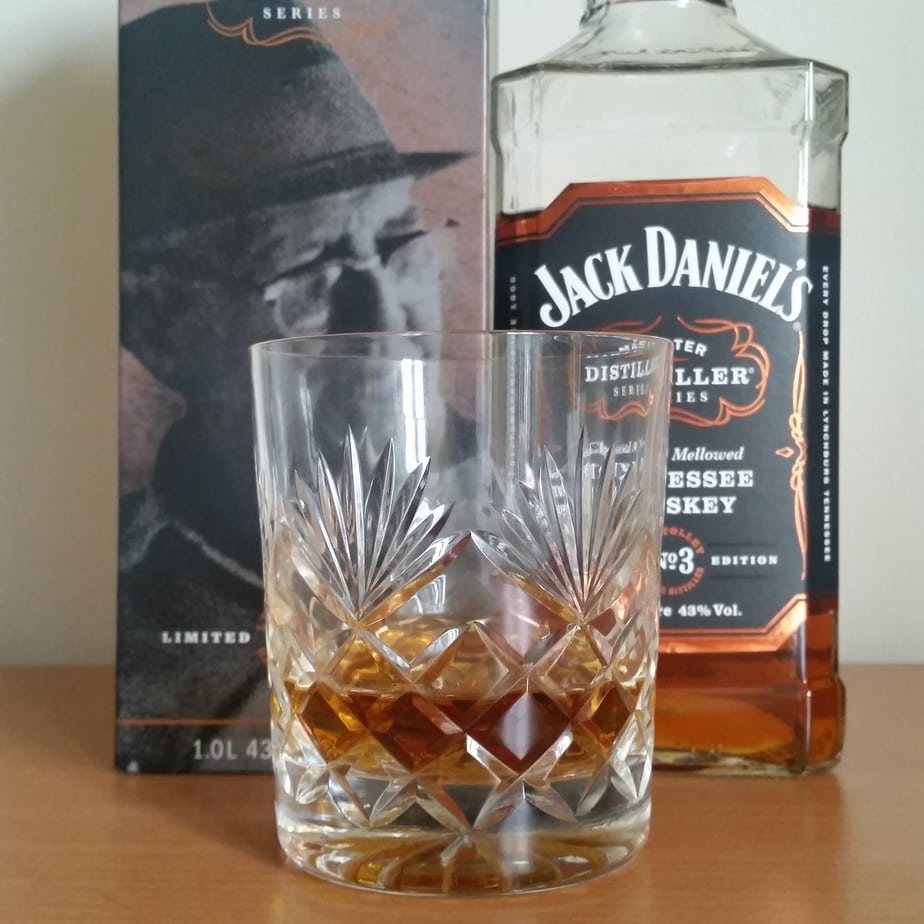 You get that Jack Daniels familiar banana flavour, some oak, cinnamon, hazelnuts and pepper. The palate is a big improvement on the nose.

Slightly spicy and woody, doesn’t go away though I want it to.

I don’t want to be too harsh on it, it’s definitely better than Jack Daniel’s Old No.7 but it’s just not very balanced or refined in any way and I just don’t like it very much.

When you drink a whiskey that you want to be over mid finish you know it’s a bad one.

For me, it’s one I’ll be keeping to drink with a mixer.