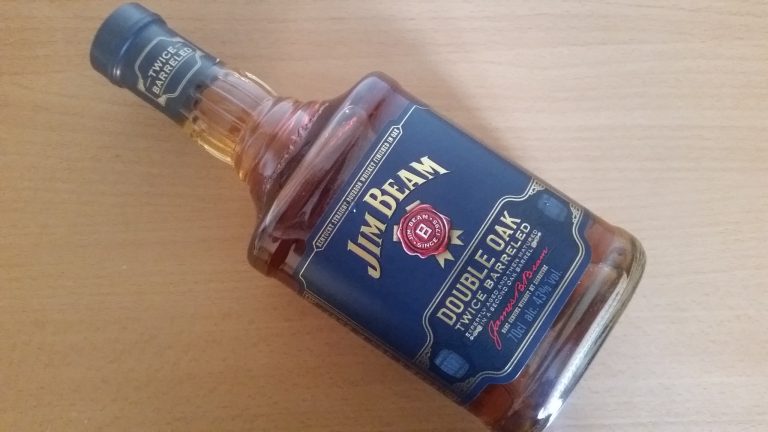 You have probably seen the adverts for this featuring Mila Kunis which if you are a bloke and into women may have influenced your opinion on this already. If you aren’t then you might be indifferent towards it and just wondering if the juice is any good!

Jim Beam is the worlds 2nd biggest selling whiskey brand after good old Jack Daniels and their standard white label offering ships an enormous number of units per year. It isn’t too bad but of course, at the low price it sells for you are not going to get something mind-blowing. With that in mind, I was intrigued to try this “double oaked” version. According to Bean:

“It is first aged in charred American white oak barrels then we pour it into another freshly charred barrel to mature for a second time. The added interaction with the oak wood results in a liquid intense in flavor, smooth in taste.”

So is it intense in flavor, smooth in taste? And more importantly is it any good? Read my review of the Jim Beam Double Oak to find out:

In the late 1790s, the U.S. Government began offering families incentives to move to the west and start growing corn. Jacob Beam’s family was one of many who took up the encouragement and moved to Kentucky, Virginia. It became a tradition for many families to use any excess corn to distill alcohol. Jacob used his father’s recipe, and in 1795, Jacob sold his first barrel of Old Jake Beam sour mash.

In 1854, Jacob’s son, David, resited the distillery to Nelson County in order to be able to capitalise on the expanding network of interstate connecting railroad lines. Up until 1880, Beam’s customers would come to the distillery bringing their own jugs with them to fill with whiskey. At this time, the company began bottling its product to sell nationally under the “Old Tub” brand name.

James Beauregard Beam took over management of the company, and in 1933, the distillery was rebuilt near his hometown of Barmston, in Clermont, Kentucky. The “Old Tub” brand name was changed to “Jim Beam” in 1943.

I got a really weak nose form this, which reading peoples tasting notes for this is probably a little unfair. It was close to the end of the bottle by the time I got around to reviewing it (my girlfriend likes it!) so that may have negatively influenced things. I got some oak with mild vanilla notes, raisins and then some alcohol burn.

Some rye on the finish with more oak and then the familiar bourbon caramel flavors.

I like this, it doesn’t blow you away but a decent sipper and I would like to give it a try from the beginning as this had been sat opened for a couple of months before I even tasted it. Will have to get another bottle and update the review.

A solid bourbon at a reasonable price and you can pick it up discounted on Amazon regularly, I got this bottle close to half price on there.