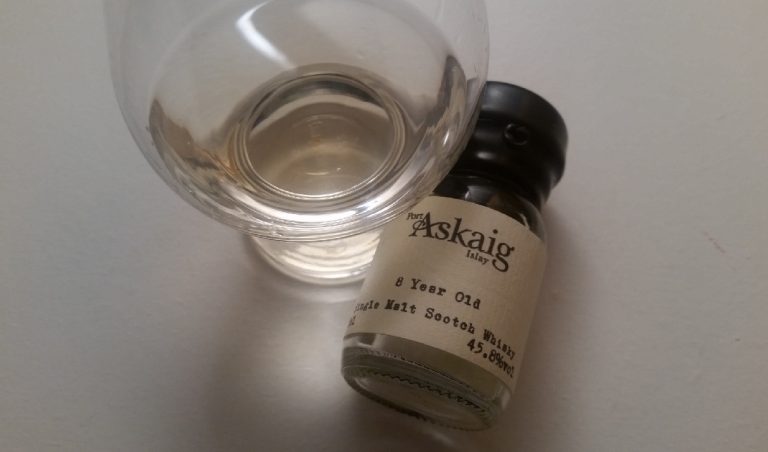 I do love an Islay. It took me a while to appreciate them but now I can’t get enough and as I don’t seem to review them very often (not sure why that is) they make a nice change.

Can’t say I’d heard of this one before but recently I have been keeping an eye on the amazing Master of Malt Flash Sales and when I see samples reduced I order them. Check them out you can get some really good deals. The only drawback is they make the main images look a bit drab as they are just in a fairly anonymous sample bottle, but never mind my picture taking skills are terrible anyway!

Port Askaig is named after the port at which it is located on the Island of Islay off the west coast of Scotland. That’s pretty much all I know about it so let’s delve into the good stuff… here is my review of the Port Askaig Islay 8 Year Old:

Woody, almonds, peat, pepper. There is a lot of white pepper actually which is quite harsh on the nose. Some sea salt and sand.

A surprisingly long finish but it’s not particularly exciting. Light smoke and peat.

It’s reasonable but there is just too little happening for me. It’s not peaty enough for an Islay for me but doesn’t have any other flavours that make up for that so what you are left with is a weak peaty whisky. The finish is half decent but not enough to rescue it and not enough for me to want to buy a bottle.

If you like a peater (just made that word up – it means a whisky with a peat flavour profile) go for Laphroaig 10 or Lagavulin 16, if you can stretch to that, instead.