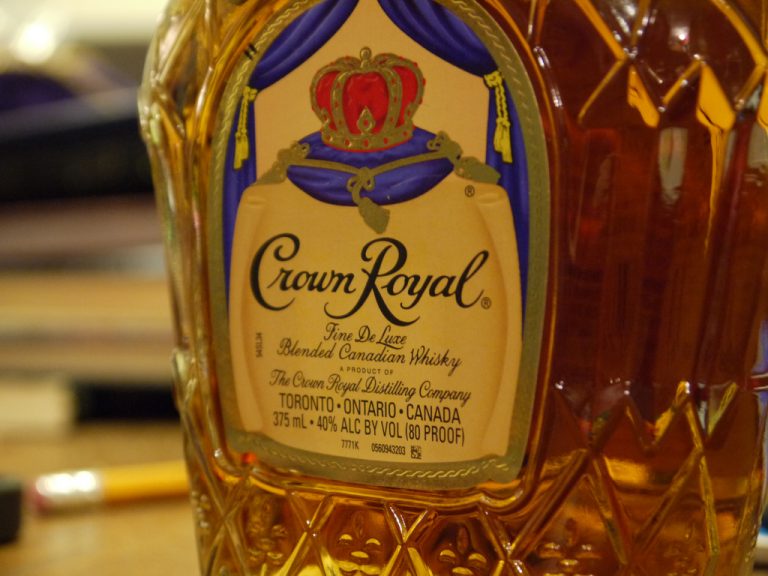 There are many types of whiskies available, with each one having a unique set of characteristics. One of the popular whisky products is Crown Royal, a blended Canadian whisky that is enjoyed by millions of drinkers around the world.

Although Crown Royal is called “whisky” it is very different from traditional Scotch whisky and Irish whisky. This article will take a closer look at Crown Royal and explain how it is in a category all of its own.

What is the difference between whisky and whiskey?

In simple terms, “Whisky” is mostly made from malted barley and aged in oak barrels for three years or more. “Whiskey”, on the other hand, can be made using other grains and can be aged in other kinds of barrels.

There are also variations of Scotch whisky, including:

What is Crown Royal?

Crown Royal is the world’s top-selling Canadian whisky. The brand was created in 1939 by Samuel Bronfman, president of Seagram, to honor King George VI and Queen Elizabeth’s first trip to Canada. Crown Royal is now owned by Diageo, who purchased the brand in 2000 when the Seagram portfolio was dissolved.

Crown Royal doesn’t fulfill the requirements to be a Scotch Whisky or a Whiskey. It is a blended Canadian whisky made from a mixture of corn, barley and rye distillates that are distilled and matured separately.

How Crown Royal is Made

The Crown Royal distillery ages their whisky using a wide variety of barrels and casks. They include virgin oak barrels, charred oak, wine casks, and cognac casks. By using these different casks and barrels, they can enhance certain flavors and aromas in their various products.

This is a very different approach compared to spirits like Scotch whisky and bourbon whiskey which must use specific types of barrels to retain their name.

Unlike other types of whiskies and whiskeys, there are no strict restrictions on how a Canadian whisky should be blended.  This means that some Crown Royal whiskies will be 51% or more rye combined with corn and barley distillates, while others will contain more corn than rye.  Crown Royal can change how they blend each product whenever they feel like it.

The end result of having complete control over how each whisky is blended and aged is that Crown Royal whiskies have a very wide range of flavors — everything from vanilla and smoke through to dried fruit and spices.

Five different recipes (mash bills) and twelve distillation columns produce the individual whiskies that comprise our blends, which are then aged for varying periods of time in either new or re-use charred oak barrels.

That’s a bit vague so this article which goes into more detail may be more helpful:

Some of the variations of Crown Royal include: