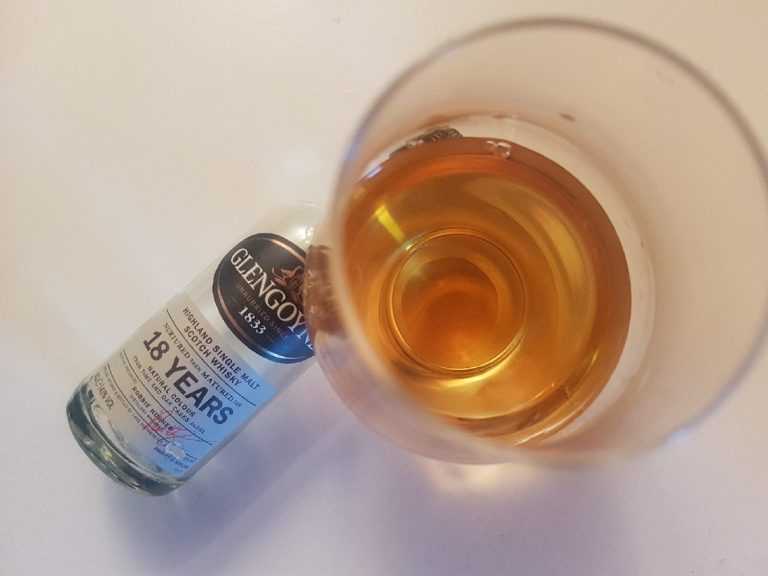 Having already reviewed the Glengoyne 10 and 15 Year Old I have already decided I’m very fond of this distillery. There is a lovely freshness to the whisky they produce that I enjoy immensely.

As already discussed, Glengoyne is in a unique position on the border of the Scottish Highlands and Lowlands with parts of the distillery in each region. This fact is great from a marketing point of view but I’m not sure it has any influence on the final product. It’s a cool story though right?

Often when reviewing these packs of whiskies that have 3 miniature bottles aged from 10 – 18 years the 18 has been the stand out expression. Maybe that is because the flavours created by more years in the barrel appeal to my taste, I’m not sure. This lot of Glengoyne have all been really enjoyable and high quality though.

Let’s see if this one measures up to the other two by consuming my review of the Glengoyne 18 year old:

“Spicy vanilla fruit, ripe apples and a rich, luxurious mouthfeel. This is the result of eighteen long years and a generous proportion of first-fill sherry casks.” 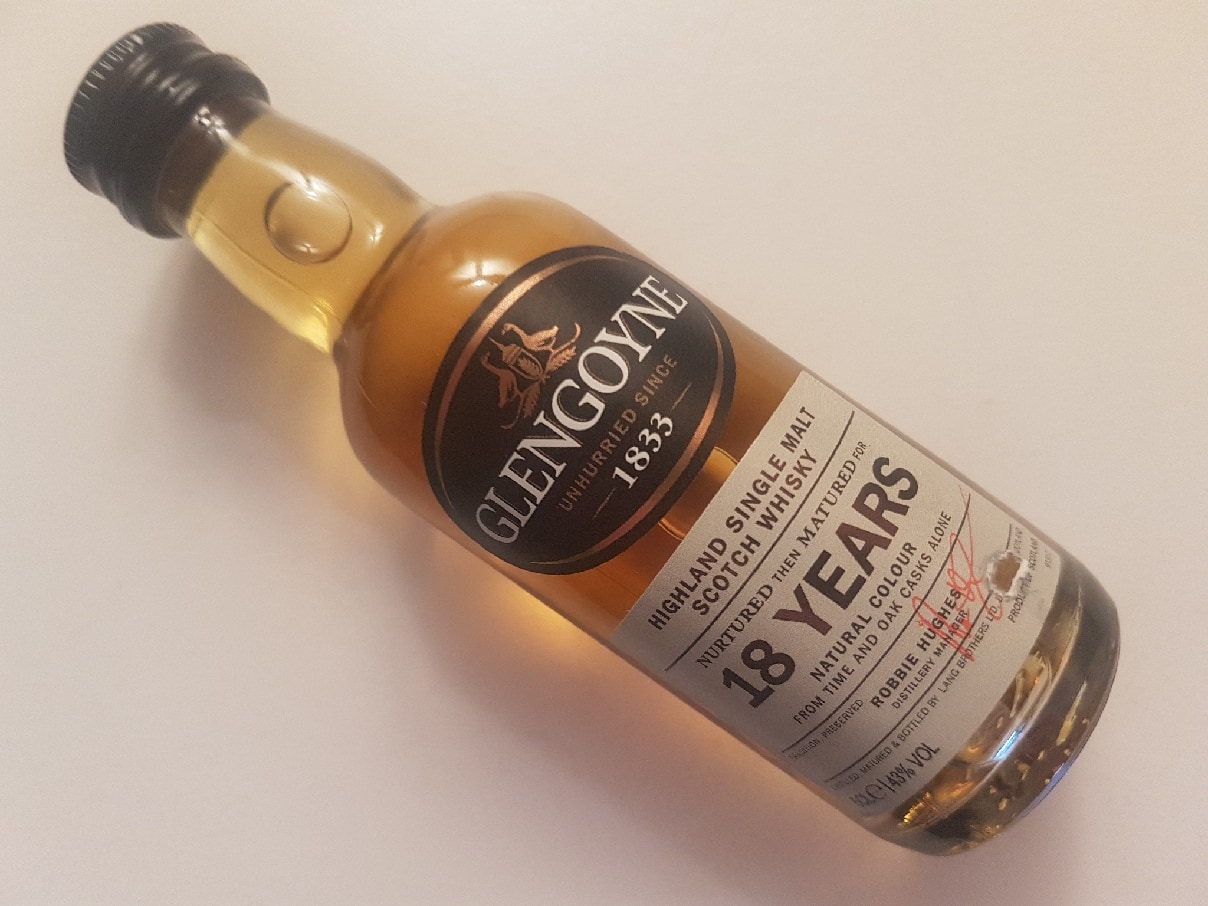 It’s a similar nose to the 10 and 18 but with more wood, it’s really oaky. It’s also not as fresh and there is more sherry. Some honey, bananas, spice and a little earthiness.

Lot’s of oak again and dry sherry is the dominant flavour up front. A little sweetness then comes into play with apple, malt and some spiciness. I then get some salted caramel coming into the mix. It is rounded and mature.

Sherry, oak and leather fade to an incredibly dry sherry finish which is a little too much for my taste.

There is a reason that older whiskies in the sequence often get higher ratings as there is often more depth and complexity from those extra years in the wood.

That is the case here also but it comes at the expense of the wonderful “fresh” taste that I enjoyed in the 10 and 15 year olds. It makes up for it in other areas, but I think I prefer that freshness to the added complexity in this particular brand as the dry sherry elements are a little too much for my taste.

I would say that all 3 Glengoyne whiskies that I tried were amazing and each had their nuances and plus points but I think I would choose the 15 if I were to buy a full bottle of only one of them.