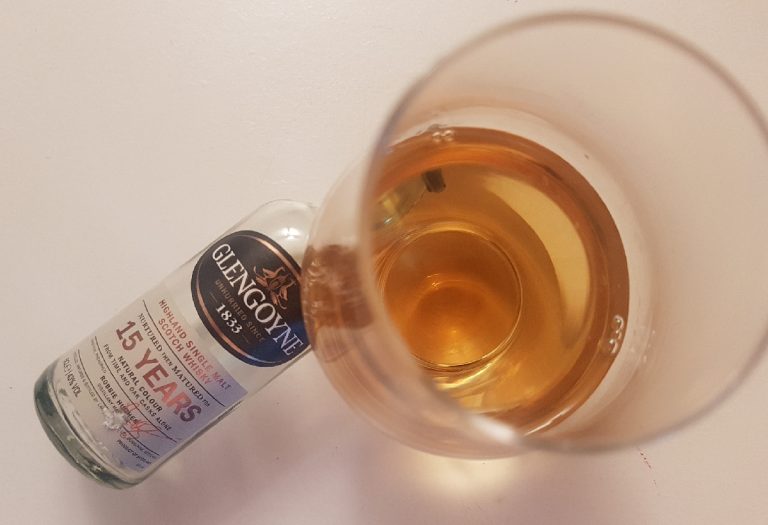 I recently purchased a little tasting set containing the Glengoyne 15, 10 and 18 year old whiskies and this is the first up (start in the middle, that’s logical right?).

Glengoyne is an old distillery, having been originally founded in 1833, and has the unique distinction of being on the border of the Scottish Highlands and The Lowlands. In fact, it is so much on the border that the stills are located in the Highlands while the whisky is matured in the Lowlands.

They are also known for using high quality “Golden Promise” barley, the only other distilleries to use this are The Macallan and Bruichladdich. They also don’t use any additional colourings.

So bearing this in mind I would expect the whisky they produce to have some uniqueness.

There’s only one way to find out my curious friend…

Have a read through my review of the Glengoyne 15 to quench that thirst for more information.

“Complex depths and bright tropical notes – with a spicy oak finish. Hints of candied lemon and pineapple reveal the influence of first-fill bourbon casks, balanced by the rich intensity of our signature sherry wood.” 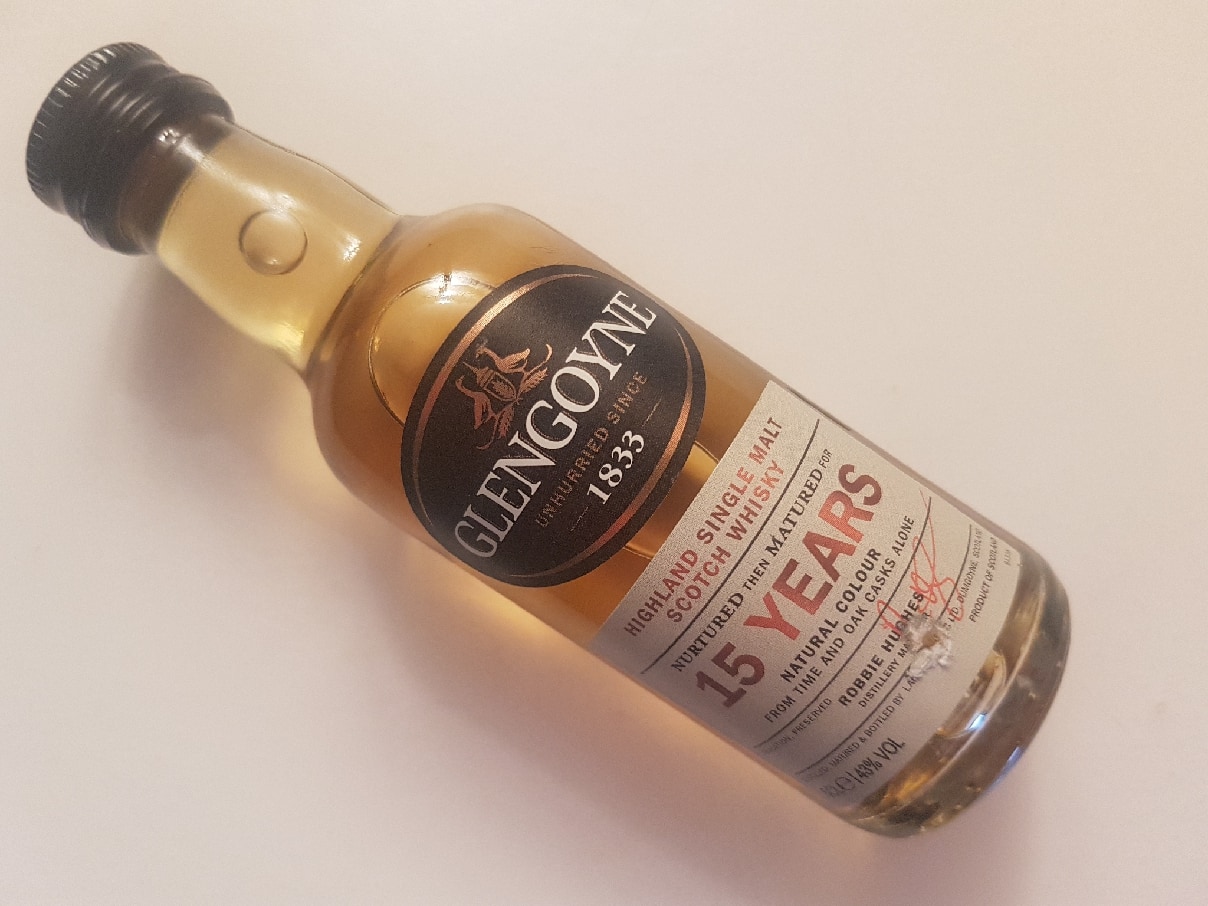 Very fruity, reminds me of an orchard. Sweet too with loads of moist Stollen, apples grapes and raisins. Nutmeg and some hey and then waves of cheesecake base, caramel and a hint of papaya.

Nice and fruity on the palate too with more apples, oranges and grapes. Call me crazy but I get a hint of champagne in the mix. Very “fresh”. Quite spicy too. There’s honey but it’s fruity freshness that dominates.

The finish is very spicy with some cinnamon, sherry and hazelnuts. Leaves a pleasant mouth coating of spice and oak.

An extremely enjoyable whisky that I really enjoyed. I like the fruitiness but the fact there is also some spice in there too, especially on the finish where it really lingers. The aftertaste afterwards is one of the best I can remember.

The other great thing is that “freshness”, it’s a little difficult to explain if you have never tried a Scotch that has it, but it really gives this a unique character.

The Glengoyne 15 is also not a massively expensive bottle, if it sounds like your kind of thing based on what I have said, I’d highly definitely recommend picking up a bottle.