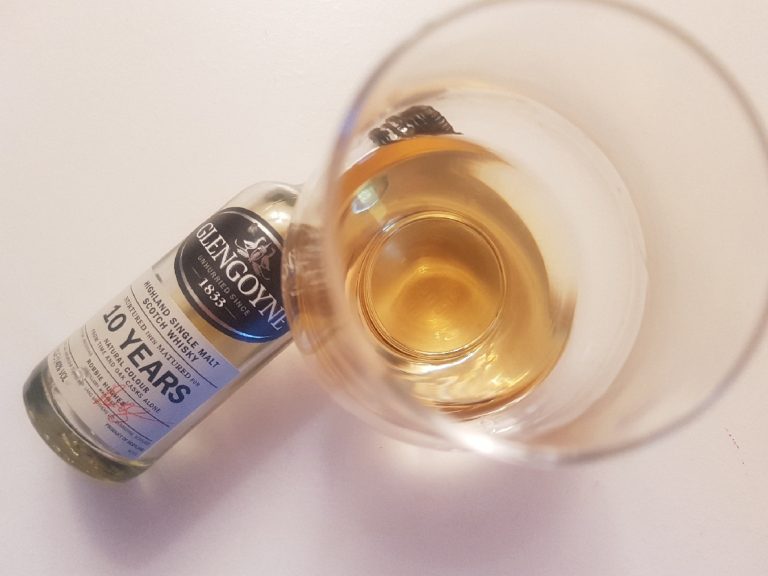 Next up on the Glengoyne express that also includes reviews of the 15 year and 18 year is this good old 10 year expression.

As already mentioned in the review of the 15 this is a Highland whisky despite the fact that it is matured in the Lowlands due to the distillery being positioned right on the border.

They dry the barley by air rather than using peat and refrain from using colourings.

This is a little lower on the ABV than the 15 and 18 at 40% as apposed to 43% and that could well have an effect. Let’s see how it stands up to others in the price bracket.

Have a read of my review of the Glengoyne 10 year old: 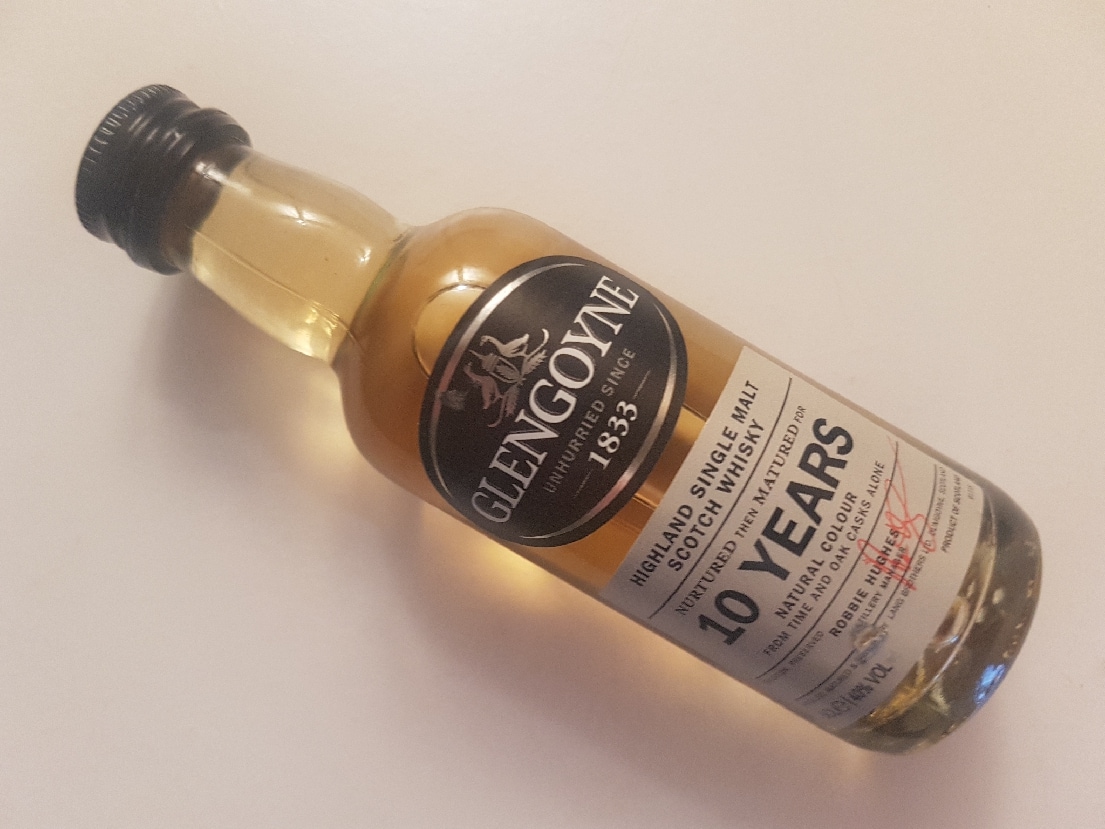 Cider like on the palate with malt and grain, honey and citrus. There’s some sherry in there and it’s a lovely mouthfeel. Tastes refined and fresh.

It’s long with lots of sherry, apples and some spice.

Really great. It just tastes so well made. It’s not super complex but it’s a well-refined whisky and for the price, there are not many better.

I do think if this was bottled at 43% ABV it would be a lot better though.

It’s similar to the 15, in fact, I would say it’s just as good as the 15 but for less money. There are loads of really good Scotch whiskies to choose from that are similar to this, like several Speysides, but they can be very similar which is where this one has a slight edge as it is a little different.

Excellent as a daily drinker with some uniqueneess and should definitely be a part of your collection.