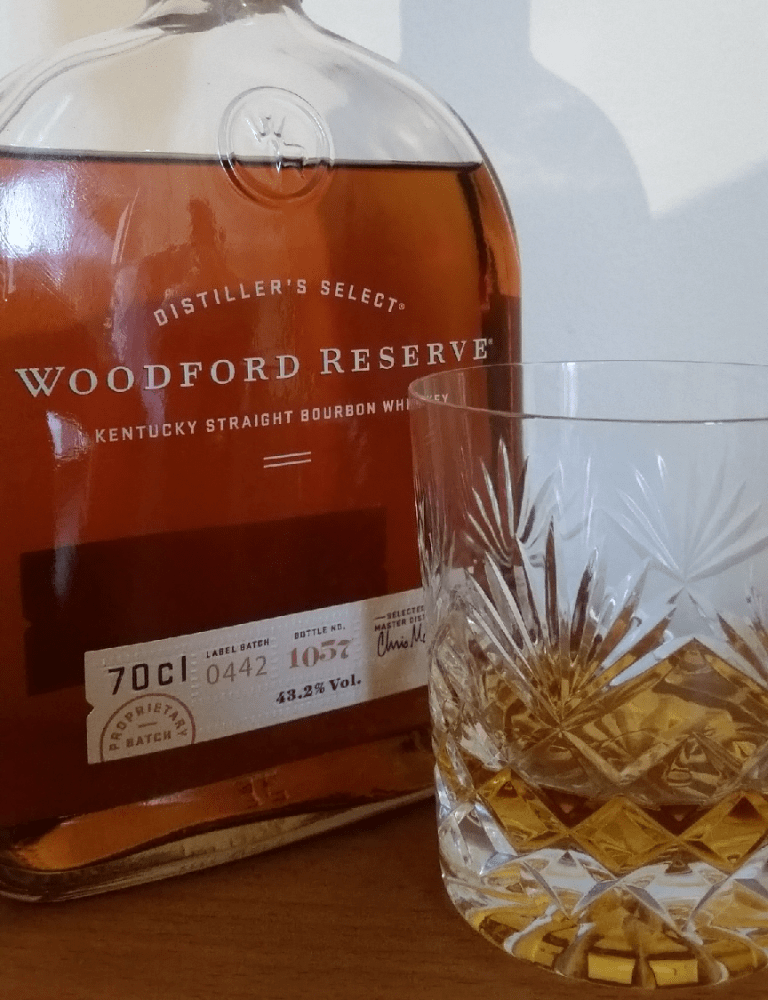 Woodford Reserve is truly a giant in the whiskey industry. It achieves its giant status not from its production methods, (it is still small batch produced) but from its history and quality. Set in its namesake, Woodford County, Kentucky, this special distillery has been producing whiskey since 1780.

Aside from two unfortunate interludes during its history, in which the distillery ceased production, the Woodford team have worked long and hard to create quite simply a great tasting bourbon that truly captures the heart of Kentucky and symbolises what a true bourbon should taste like.

The Basics: A sour mash straight Kentucky bourbon. Lets tuck into to the review of the Woodford Reserve bourbon:

Eye: A profound and rich caramel coloured liquid that invokes warmth and comfort but with a flash of orange/red that adds to the intense colour. Its amber colour is clean and crisp.

Nose: As with the colour, the nose of the whiskey has notes of caramel and honey. It reminds you of maple syrup, vanilla and toffee, but without an overpowering sickly sweetness. After the sweet aroma, you get notes of spice, oak and earthy notes.

Taste: Sweet, spicy, warm and creamy. It has a full and rounded character, which starts with caramel and vanilla but spice and oak hit back to create a balanced and delicious taste. The spice and chocolate notes work perfectly and harmoniously with a touch of citrus to give it a fresh and zingy edge. It’s an odd and exciting mixture of sweet notes and a wood quality that I really enjoy.

Finish: Heavy maple and woody tones with a slight hint of caramel and citrus. It keeps coming back for more and you are glad it does.

The site has been distilling whiskey since 1780 when it was established by Elijah Pepper. Keen to improve and refine their products the Oscar Pepper Distillery (named after Elijah’s son when it was passed to him) employed Dr James Crow who was an expert in bourbon-making. During his time there, Crow refined the bourbon-making process, enhancing the quality and specifications from the fermentation of the sour mash to the barrel maturation.

The distillery is not only successful, but it also is prestigious as well and has been gifted the title as a National Historic Landmark and is a distillery worthy of a tour in you’re in the area. 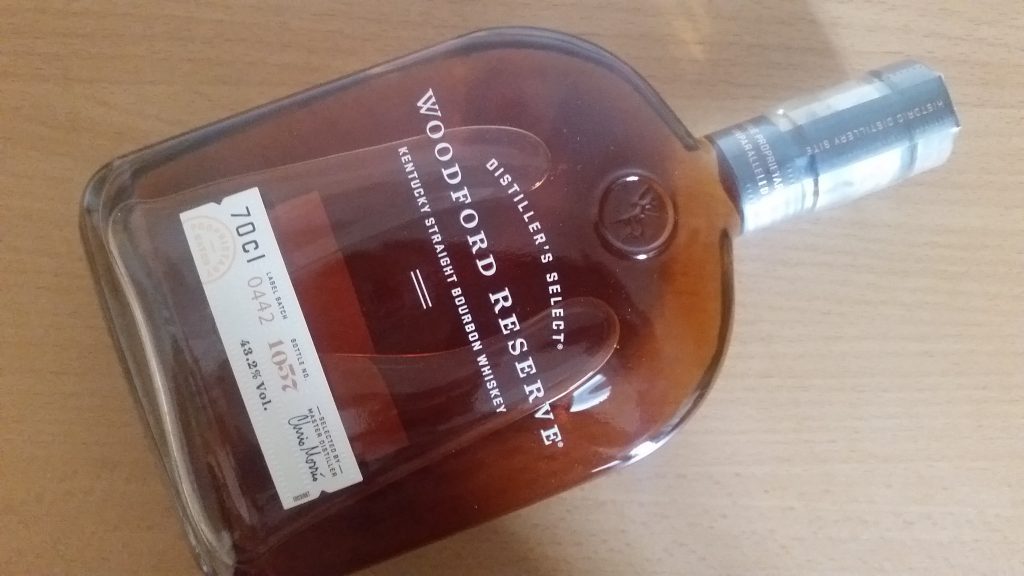 Kentucky straight is well known as a versatile and enjoyable bourbon, which works well neat but just as good in cocktails and over ice.  Its quality hasn’t gone unnoticed, winning awards almost year on year. In 2014, it earned a gold medal in the Whiskies of the World Awards, and in 1999 in the International Spirits Challenge, it won the award for Best in Class, Bourbon.

With its notable accolades, it is a surprise that this distillery maintains its small batch practice and traditional methods that closely follow the process instated by Dr James Crow, of whom the brand has a lot to be thankful for.

For those who aren’t avid bourbon drinkers, Woodford Reserve is certainly a fantastic introduction to the spirit. For a bourbon that follows the tradition and practices almost to the letter, it is a testament to the drink known as ‘America’s Spirit’. For those who are connoisseurs in the world of bourbon, then Woodford Reserve is considered a classic, that matches its history as one of the oldest distilleries. It is an easy, go-to drink which offers both simple pleasure and versatility through its many uses.

Why Does Woodford Reserve Stand Out?

While the whiskey is perfect to drink as it is if you want to thoroughly explore all the flavour sensations then try complimenting the whiskey with the following items;

Cheese – food with high-fat content such as cheese are great at bringing out the woody flavours in the whiskey. So, take a bite of cheese, a sip of whiskey and enjoy the oak barrel characters.

Chocolate – dark chocolate works best to bring out the spice of the mash. See if you can find the tobacco, smoke and clove flavours.

Dried Fruit – the tartness is dried fruits can help to bring out the fruity flavours in the bourbon. Take a sip to taste the fruity floral notes such as citrus, peach and cherry.