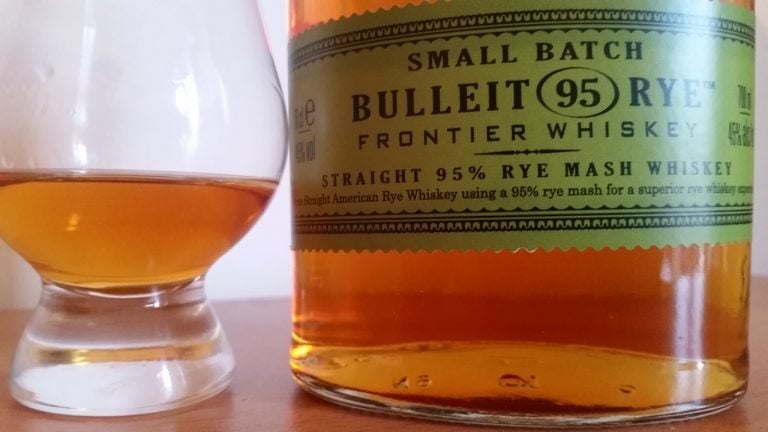 Bulleit whiskeys are made at the Kirin Brewing Company Four Roses Distillery and the brand has been owned by Diageo who by their own admission are the “world’s largest producer of spirits”.

So it is now owned by a big corporation like most whiskey distilleries these days but the history of Bulleit is a rather cool story. The Bulleit Distillery was started relatively in 1987 when American Thomas E. Bulleit, Jr. decided he wanted to resurrect the high rye whiskey recipes used by his great-great grandfather Augustus Bulleit who was a tavern keeper in Louisville, Kentucky in the mid 1800s.

These days Bulleit “Frontier Whiskey” continues to be known for its spicy taste from the high rye content and is a well know brand the world over.

Bulleit, in general, seems to be quite polarising as far as opinions go, some people like the rye but not the bourbon (myself included), some love the bourbon but not the rye. A few, but not many it seems, like them both and many don’t seem to like either. I know you will probably say that is the same with many whiskeys but I have noticed it more with Bulleit I think. I could just be losing my marbles though and talking utter gibberish? I’ll let you be the judge of that.

My girlfriend very kindly brought this bottle back from holiday for me (she’s a good egg) so I didn’t even have to pay for it which is always a big plus point, but I won’t let that cloud my judgement!

The Bulleit bourbon was a disappoint for me when I tried that, in fact, it was so underwhelming that I took it to a party, used it in cocktails and forgot to actually review it. That means I need to get another bottle!

With that in mind, I wasn’t exactly tingling with anticipation when I cracked the Bulleit 95 Rye open and poured a glass. So on that cliff-hanger, here’s my review: 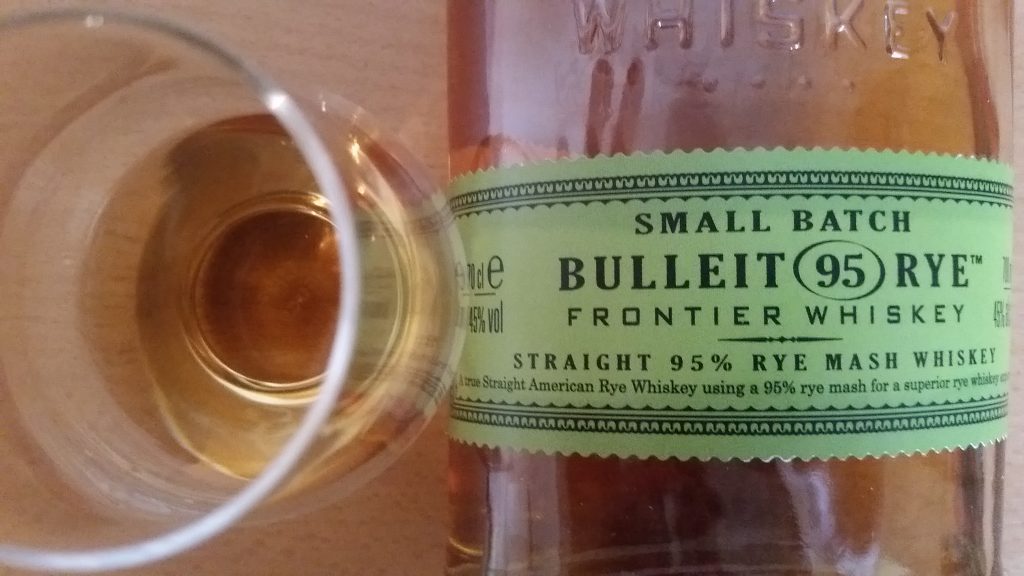 Caramel with spicy rye and pepper. Then some apricots, oak, citrus notes and dark fruits.

Lots of rye on the palate (as you would expect from a 95% rye mashbill), some sandlewood, caramel, freshly baked croissants and then some more peppery rye. Great taste and better than other ryes in the price range.

Slightly astringent and oaky, not a great deal to it really, the finish is not great but I wouldn’t say it spoilt the experience too much on the whole.

A tasty rye with a slightly disappointing finish that has all the spicy elements you expect from a high rye whiskey and a great smooth taste.

It’s not an outstanding rye in the grand scheme of things but I would say it is one of the best in its price bracket, made even better by the fact I recently got another bottle of this heavily discounted on Amazon and they seem to have an offer on it quite regularly so if you fancy a bottle that is the place to go.

It’s a solid drop with a great level of spice flavor mixed with sweetness and though it is good neat or with ice, it also makes a really excellent cocktail.