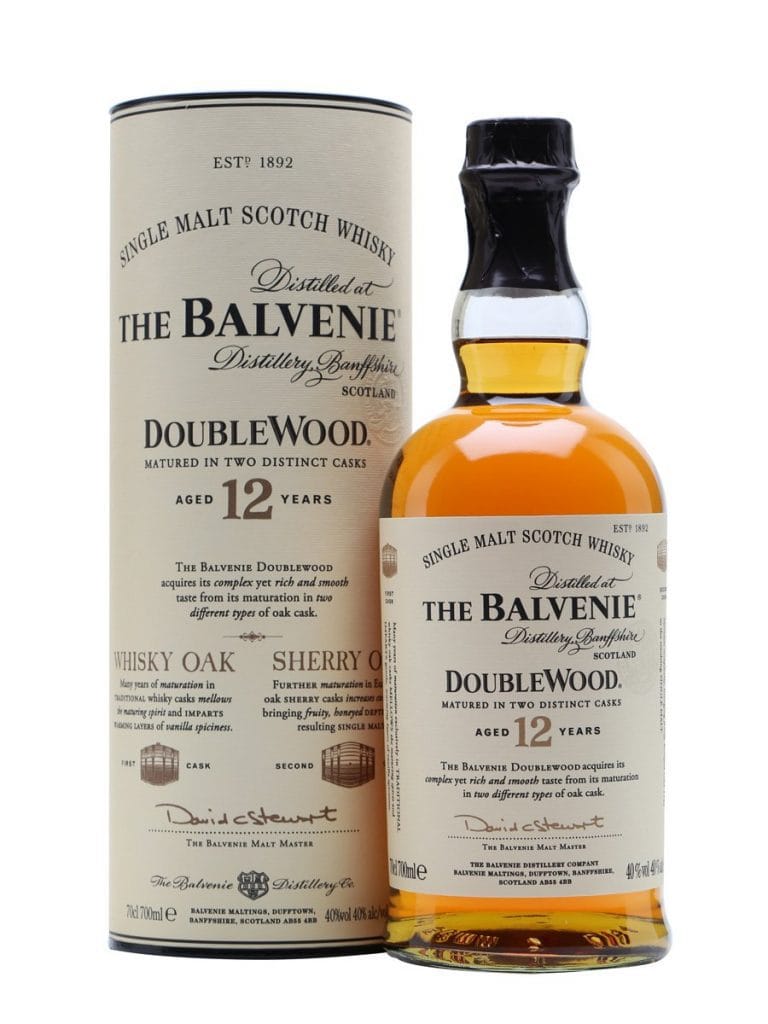 Over the years Balvenie has done a good job of establishing itself as one of the most prominent “proper” distilleries out there. Proper in such that it grows all its own barley near the distillery, they have an active Malting floor on site and make their own casks with their own coopers. From start to finish the job is done on site and that can’t be said for too many these days.

Despite this Balvenie aren’t a niche distributor, they are available in most supermarkets and off licenses around and the 12 Year Old Doublewood is probably the most popular of their offerings.

Said to be aged for the first portion of its life (10 years) in Bourbon casks and then the final 2 years completed in Sherry casks it’s a firm favorite of those just finding their way through the magnificent world of Scotch Whisky.

What, then, do we make of this most popular dram.

Palate: Very smooth with a peppery note at the back of the mouth, cinnamon spice and sweet Honey

It’s often thought of as a slight on the reputation of a Whisky when it’s said that it’s a common introduction to the world of Scotch but in this case I think it’s just an excellent reinforcement of why it’s so popular.

You can hand this to anyone, be they a new palette to Whisky or an old salt and you’ll likely get the same reaction “a very nice dram indeed”

Perhaps overall the feel is just a little too well rounded for me, it’s got lots of flavors but it always tastes just a little bit to the slight side of personality.

It’s a great drink and could easily be sipped at any point without regret but I like a bit more of an identifiable attribute to my drinks and for that reason it’s not going to be one of my favourites. Especially when there are options out there with a lower price point delivering the same, if not more, of an experience.

Something like the 14 Rum Cask for me offers a bit more personality for just a little more money and it’s probably where I’d prefer to spend my own hard-earned but if it’s available at a good price, or on a bar as the specialist option then I’d be happy to take it every time.

The Balvenie 12 Rating
Nose
80
Taste
79
Finish
78
Balance, Body & Feel
82
Reader Rating6 Votes
80
Very well balanced
Good price
From a complete distillery
A little too rounded if you like personality to your dram
80