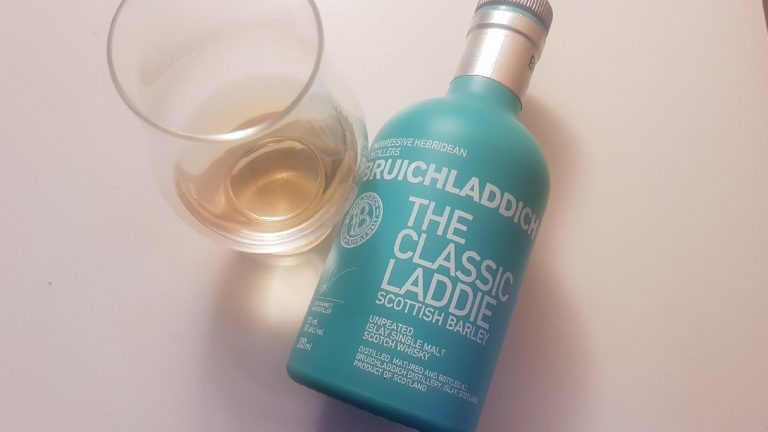 I picked up a 3 bottle presentation box of Bruichladdich containing The Classic Laddie, the Islay Barley and the Port Charlotte.

I have to say the presentation was exceptional with suede lined box, a beautiful information booklet and the design branding and imagery was stunning, as are the bottles themselves. Not everyone is interested in that kind of thing but it did make a great first impression for a brand that I have never tried before.

Despite the incredibly modern and cool branding, the Bruichladdich distillery is an old one, having been formed in 1881. It is based in Rhinns of Islay, Scotland but they produce some unpeated whisky along with the port charlotte which is heavily peated and the infamous Octomore which is touted as being the most heavily peated whisky in the world.

The Bruichladdich distillery was built by John, Robert, and William Harvey, on the Rhinns of the Isle of Islay in 1881. The Harvey family previously owned two distilleries in Glasgow. They used an inheritance to construct the third, Bruichladdich.

Unlike the other older distilleries on Islay, which were developed from old farm buildings, the Bruichladdich distillery was built with stones from the seashore. It incorporated unique, tall, bottle-necked stills, which produce a more pure and original spirit, unlike those produced by the other older farm distilleries.

In May 2001, the distillery was dismantled and reassembled but kept most of its original Victorian decor and equipment, most of which is still in use today. Distilling is done without the help of computer control and relies entirely on the skill of the artisans the company employs.

I like the fact that all 3 whiskies in this collection are bottled at 50% ABV and was excited to get stuck in and sample them. First up was the Classic laddie and if you continue to move your eyes from the left side of the screen to the right digesting the characters of text in this review you will find out what I thought of it: 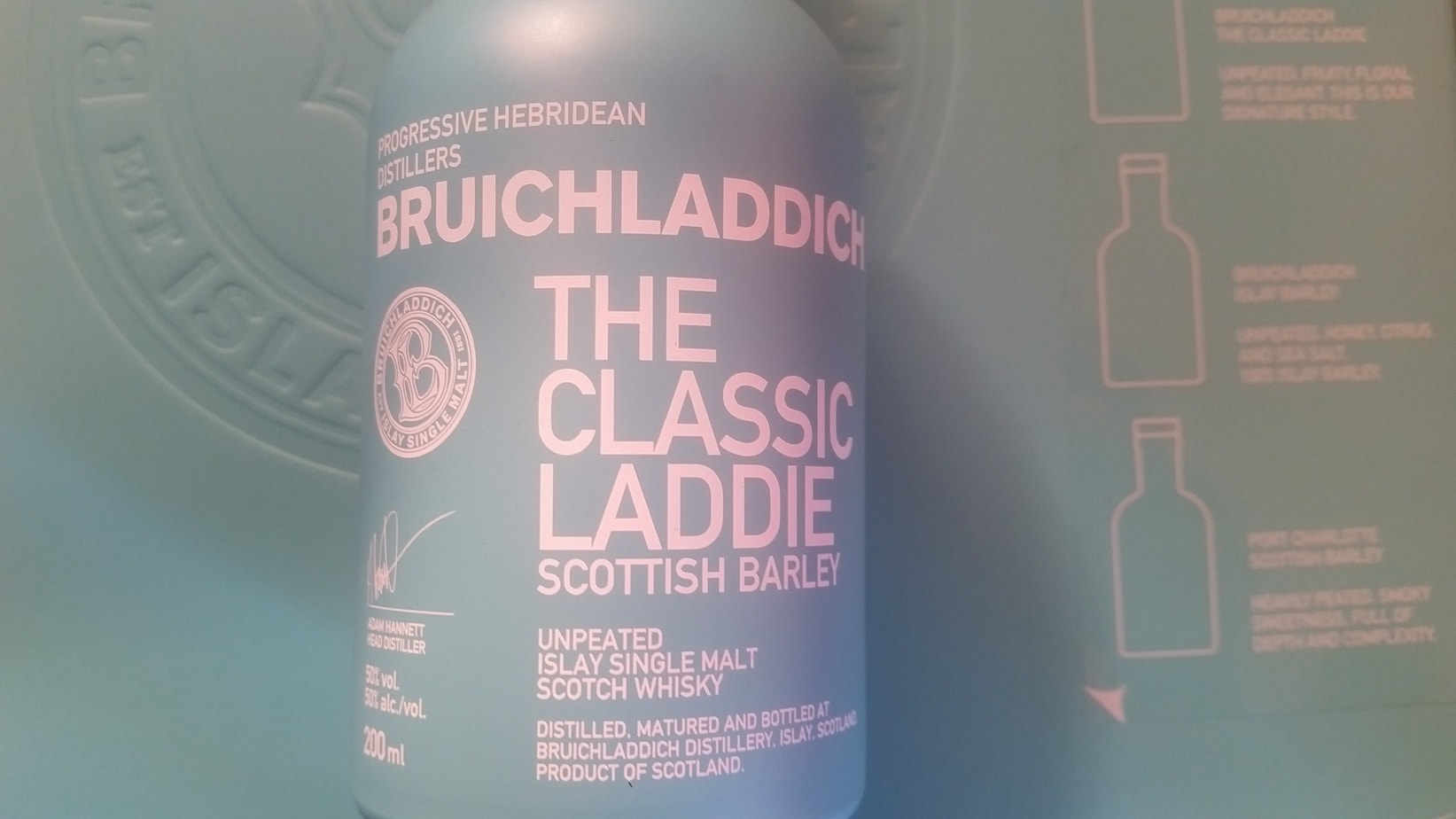 Honeycomb mixed with barley, lots of malt and sea salt. Rye bread, with some orange hard boiled sweets. A hint of tobacco leaves and some bread dough.

Quite fruity on the palate with apples, oranges, grapes and even a little grapefruit. Those barley sugar sweets that you used to have when you were a kid are mixed in with the fruits. Cashew nuts and honey but it is more of a savoury than sweet honey. It has a spiciness lurking in the background.

Slightly astringent but not enough to ruin it, very spicy and a little nutty. Some honey and then a strange aftertaste that I can’t quite put my finger on (sorry not a very helpful description!)

It’s like an interesting mix between an Islay and a Speyside with some good flavours that really stand out, helped by the relatively high ABV for a Scotch.

I do like it but if I had a criticism it would be that it doesn’t really have a distinct character that would push it into the great whisky category. But being a very good whisky is not bad at all and I would say pick up a bottle if the flavour profile tickles your fancy.

Where to Buy Whiskey Barrels