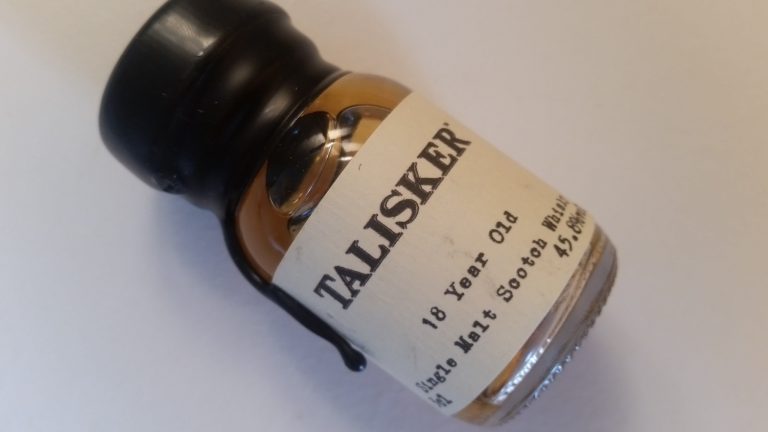 Ah Tally. When Harry met Tally. Tally ho. Tally Cinnamon… if you haven’t guessed yet, sometimes I affectionately refer to Talisker as “Tally”. And the reason I have bestowed an affectionate nickname on the entire range is because I love Talisker, have done ever since buying my first bottle of Talisker 10 many moons ago.

You know what else I love? A well-aged scotch of 18+ years. So as this combines those two things it’s highly likely I will love this too I dare say.

The Talisker distillery is located in Carbost on the Isle of Skye in Scotland. They usually use American oak casks to mature their whisky and they are known to be peaty.

The Talisker 18 also won the prestigious “Best Single Malt In The World” at the 2007 World Whisky Awards. So is it any good? Have a read of my review to find out:

The Talisker distillery, located on the shores of Loch Harport on the Isle of Skye, is the oldest working distillery on the island.

The story starts in 1831 when brothers Hugh and Kenneth McCaskill acquired the lease of Talisker House. A rebuilding of the distillery took place between 1880 and 1887, with a further extension being added in 1900. After a fire, the distillery was totally rebuilt in 1960.

The distillery has five stills, two wash stills, and three spirit stills which all use condensing coils known as “worm tubs” rather than more modern condensers. It is believed that these worm tubs give Talisker single malt whiskey a fuller flavour.

The water for making Talisker single malt whiskey comes from the Cnoc nan Speireag (Hawk Hill) springs. The production process includes swan neck lye pipes that take the vapour from the stills directly to the worm tubs condensing some of the alcohol before it gets to the cooler. It is then returned to the stills, where it becomes distilled again. 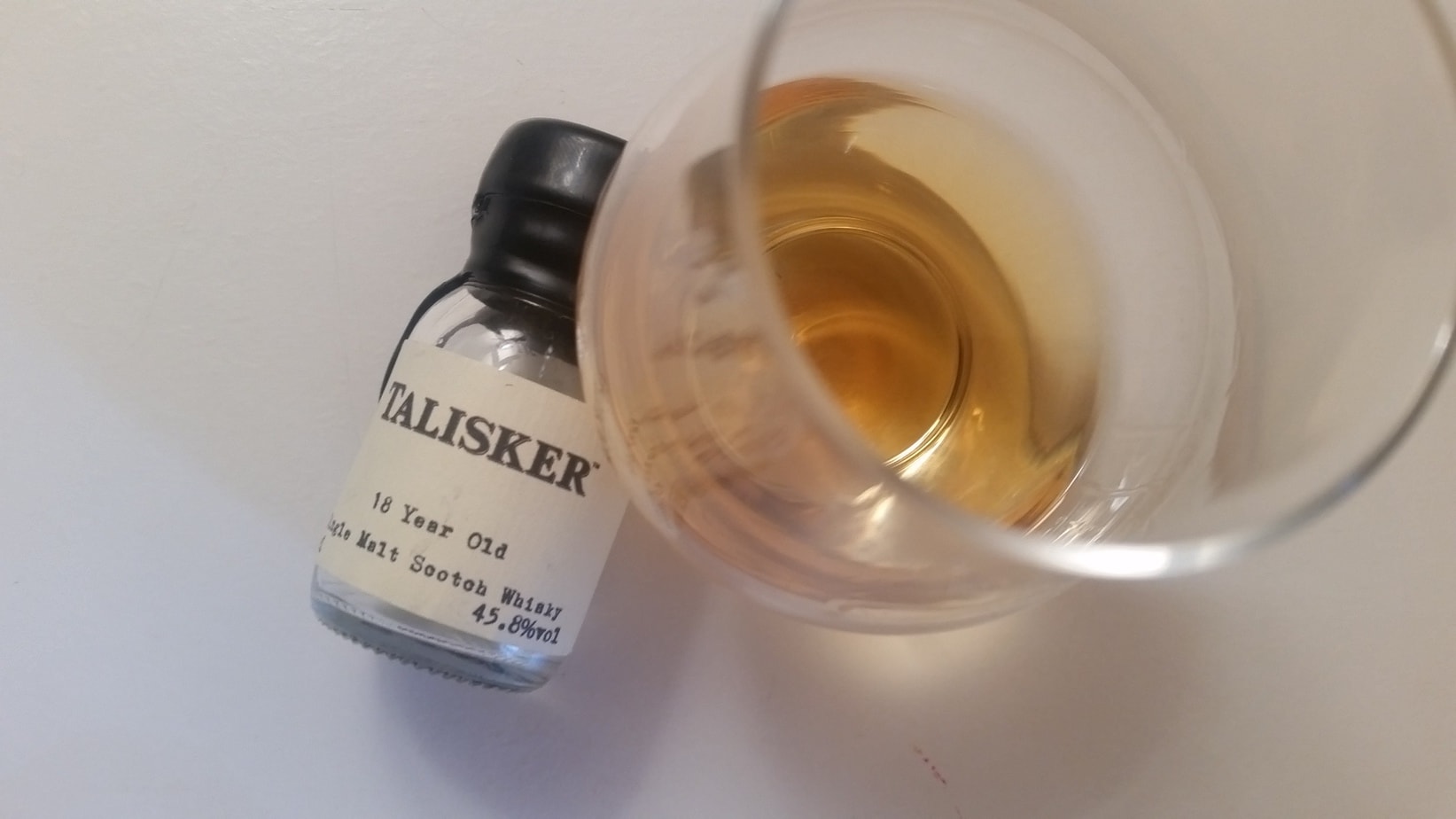 A delightful mix of honey, peaty and malt with leather and honeycomb. Some citrus and brine. Smelling it instils a sense of calm and peacefulness (probably sounds pretentious but if you don’t like it you know where the back button is).

Still here? Excellent! On the palate it starts off spicy with pepper and even some chilli. The you get the honey and sweet notes with some creamy chocolate, cantaloupe, cinnamon and fiery ginger.

A subtle finish with honey, malt, raisins and the occasional burst of spice.

This is a very good whisky and I thoroughly enjoyed trying a sample of it, would love to pick up a full bottle now.

It has a nice mature profile which you would expect from an 18 year version of the Talisker 10 year, which is also very good. It also has something that I think is very important in a whisky; character. It is interesting and exciting as you take a sip and try and pinpoint the barrage of flavours it throws at you, and that to me is what great whisky is all about.

It’s not the cheapest bottle on either side of the Atlantic but if you feel like treating yourself you can’t go wrong with this.