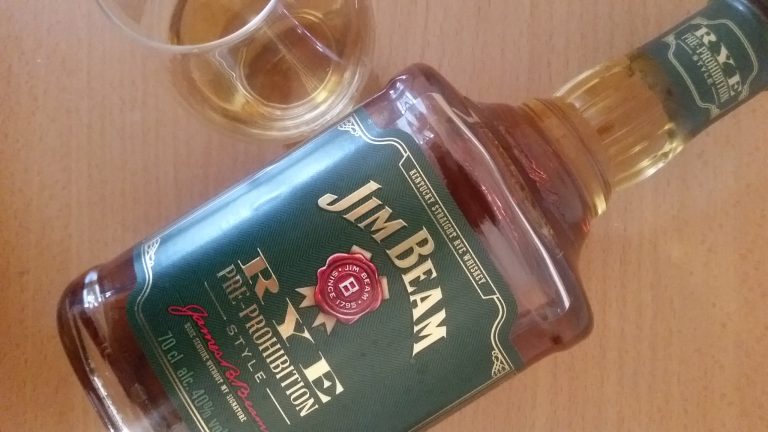 One of the things that I like best when drinking whiskey is the thought of people enjoying the drink in years gone by. I love western films and series like Deadwood and Godless where they are sipping on a whiskey in a saloon, playing cards and drawing their pistols at the first sign of trouble. Another period of interest is the prohibition era, mainly from watching documentaries about the gangsters that were around at that time. It just seems like a cool time to be alive and I’d love to go back to that period and enjoy a nice whiskey in a smoke-filled speakeasy.

A few of the big brands have tried to use this nostalgia in there marketing efforts by producing whiskey supposedly based on original recipes of the time. There is the Old Forrester range and this pre-prohibition rye from Jim Beam.

So what is it like? Well there is only one way to find out, you have made it past the first few hundred words of me waffling so maybe you will also read my review of the Jim Beam Pre-Prohibition Rye.

In the late 1790s, the U.S. Government began offering families incentives to move to the west and start growing corn. Jacob Beam’s family was one of many who took up the encouragement and moved to Kentucky, Virginia. It became a tradition for many families to use any excess corn to distill alcohol. Jacob used his father’s recipe, and in 1795, Jacob sold his first barrel of Old Jake Beam sour mash.

In 1854, Jacob’s son, David, resited the distillery to Nelson County in order to be able to capitalise on the expanding network of interstate connecting railroad lines. Up until 1880, Beam’s customers would come to the distillery bringing their own jugs with them to fill with whiskey. At this time, the company began bottling its product to sell nationally under the “Old Tub” brand name.

James Beauregard Beam took over management of the company, and in 1933, the distillery was rebuilt near his hometown of Barmston, in Clermont, Kentucky. The “Old Tub” brand name was changed to “Jim Beam” in 1943. 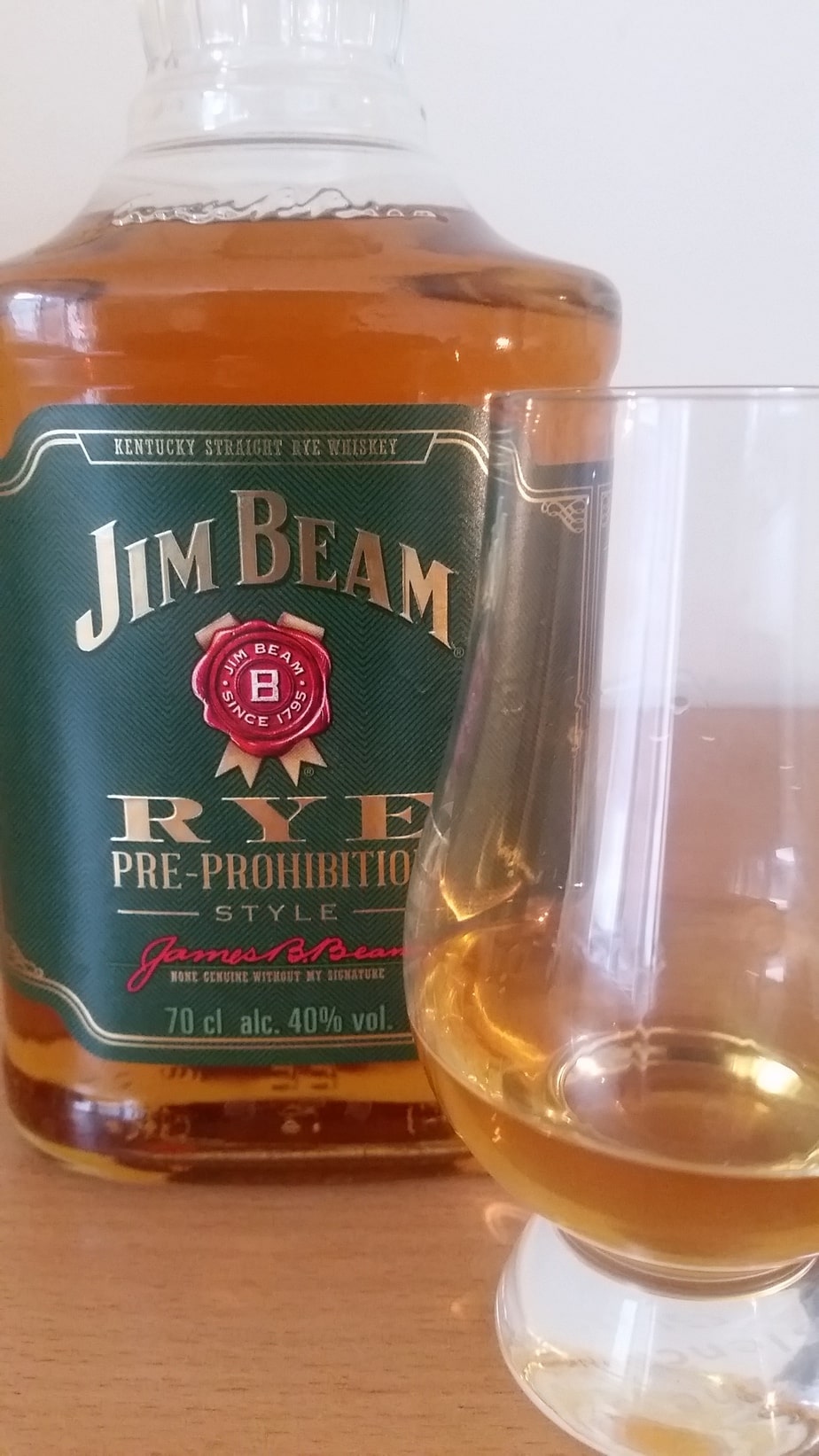 Caramel, peppery rye, smoke, a smidge of rose petals, a bit of burnt hazelnut and some apple.

Some cherry and spicy rye to kick things off, then some cinder toffee and more rye. It is probably a ridiculous thing to say and probably just me falling for the marketing gimmick, but it tastes like I imagine a whiskey from the era to taste BUT much too mellow. It is only 40% after all.

Short and sweet with a bit more spice and some honeycomb.

It’s a nice mellow rye which I enjoy and even though it is a little light for me (I generally prefer higher proofs) it has character that shines through. I have yet to try it in an old-fashioned or indeed any type of cocktail, but I can imagine it would work well and as it is very affordable it would be a drink I would be happy to have in the house for this purpose and for the occasional dram when I fancy something light.