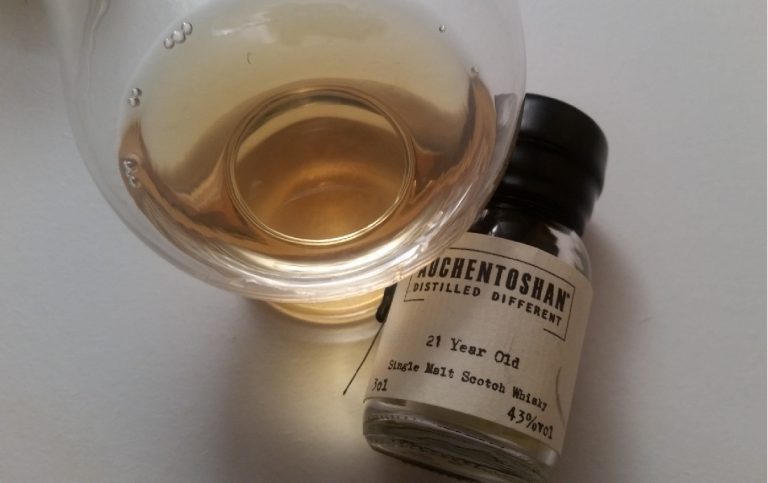 I could be completely wrong here, and please correct me if that is the case, but Auchentoshan does not seem to get a lot of love. Personally I have only tried one other whisky from them which was the Auchentoshan American Oak and while I found it quite interesting it is fair to say it did not blow me away.

I would like to try more of their range though to get a better picture of them as a distillery and I decided to start at the top with this 21 year old which is distilled in pot stills and aged in ex-bourbon and ex-sherry barrels.

So what do I know about Auchentoshan, apart from the fact they have one of those daunting looking Scotch names that you wouldn’t want to try and order if you didn’t know how to pronounce it beforehand! Well the Auchentoshan distillery is in Dalmuir, Clydebank, in West Dunbartonshire, Scotland. They have been around since the 1800’s and are fairly unique for practicing triple distillation which means they use a third copper pot still in the distillation process. This generally produces a sweeter whisky.

Now you are an expert in the Auchentoshan distillery… let’s get down to the review:

A very pleasant and enjoyable dram with lots of depth and a great flavour profile, I really like this whisky. It also has good character with some unusual flavours and aromas making an appearance.

You can tell this is an older whisky it feels rounded and considered. I would advise getting a bottle for sure.