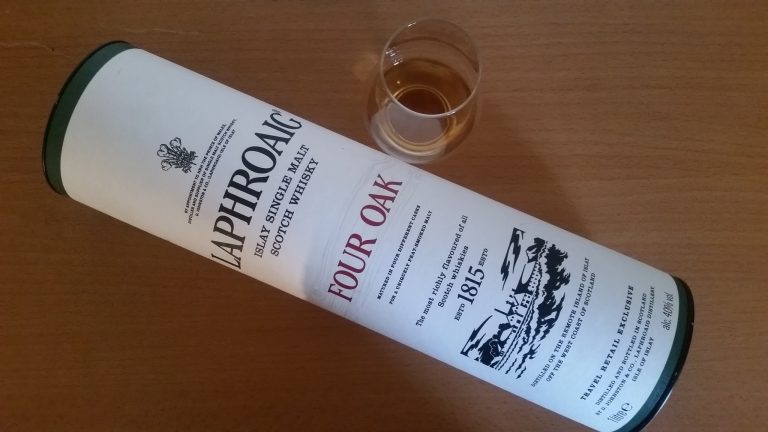 Having just reviewed the Jim Beam Double Oak, this carries on the multi-cask maturation theme but goes two better being aged in no less than 4 different casks. This cask are ex-bourbon barrels, quarter casks, virgin American oak barrels and European oak.

The bottle looks very similar to the Laphroaig 10 which I am a big fan of but there is no age statement on this which means it will be younger most likely. According to Laphroaig themselves, it is:

It is also a “travel retail exclusive” which means it is only available in duty free. That doesn’t strike me as a moniker that adds much prestige but as with anything, the proof is in the pudding, or in this case the whisky! 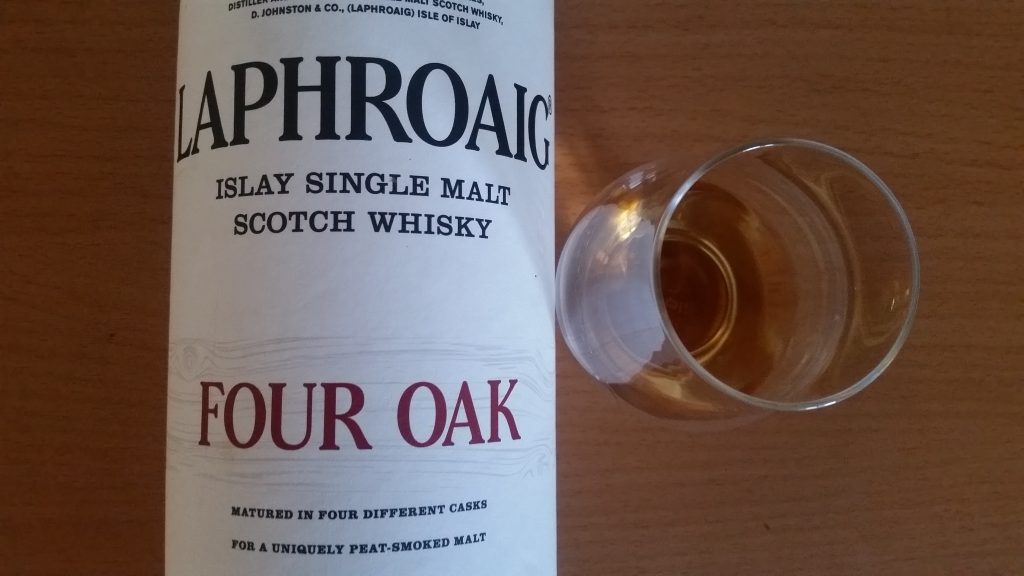 It’s very similar to the Laphroaig 10, some smoke, iodine and sea salt. Then flowers and honeycomb.

Like a muted Laphroaig 10, Smoke and brine but they don’t hit you like a hammer like the L10 which is one of the things I love about that. Some honey, seaweed and a hint of nutmeg.

Peat smoke, iodine, some medicinal tones which I’m not keen on, then some rocksalt. It hits you a few times.

Not a fan of this, it is like a weak version of the Laphroaig 10 and I don’t feel the four cask element brings much to the table.

Not a bottle I would buy again to be honest, it seems a little gimmicky. It’s also just a bit toothless and not what you expect from an Islay. Go for the 10 year Laphroaig or something like the Ardbeg 10.