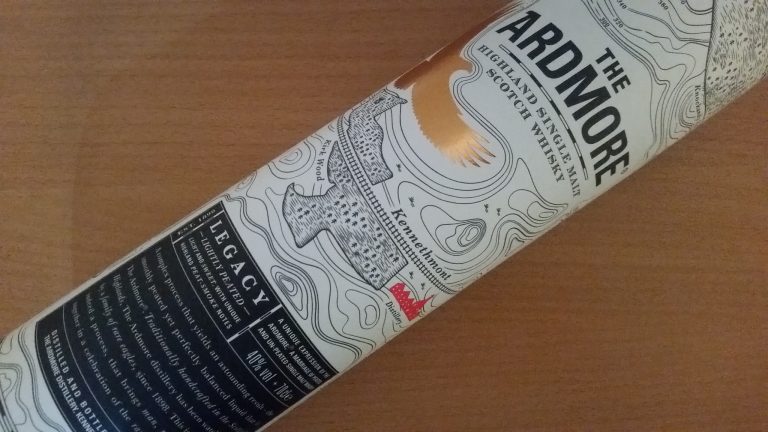 I didn’t know much about this when I decided to order a bottle and give it a try. The Ardmore is a single malt from the highlands of Scotland and this “Legacy” version is lightly peated.

Here’s what Ardmore have to say about themselves:

“A complex process that yields an astounding result – the smoothly peated yet perfectly balanced liquid that is The Ardmore. Traditionally handcrafted in the Scottish Highlands, The Ardmore Distillery has been watched over by a family of rare eagles, since 1898. This is a place, and indeed a process, that brings man, might and metal together in a celebration of the raw power of nature.”

I picked this up very cheaply so wasn’t expecting anything too amazing.

How did it stack up?

Have a read of my review of the Ardmore Legacy to find out: 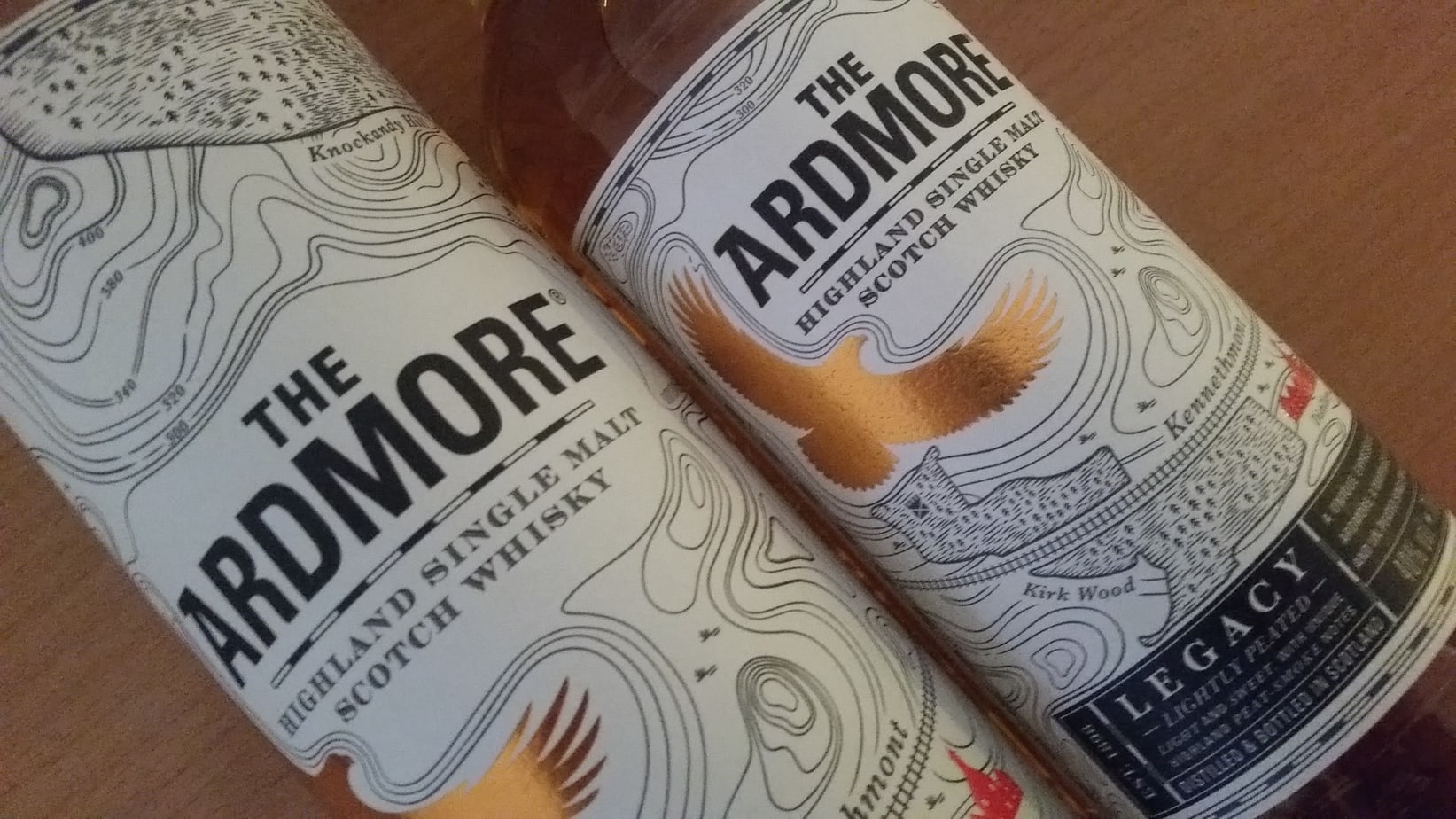 Malty and nutty with some peaches, hazelnuts and walnuts. Also some peat, honey and pepper.

Fresh sunflowers, smoky and peaty with a floral quality. White pepper and rosemary. Light and mellow but with nothing too exciting going on.

Barely there at all, some smoke and pepper.

Easy drinker but there’s nothing to it. It’s lacking in depth, little in the way of flavour and what is there such as the smokey, peaty quality is done much better by several other whiskies.

I wouldn’t buy it again and would much rather pay a bit extra for a Laphroaig 10.